Eating Out of the Box: The Penultimate Edition 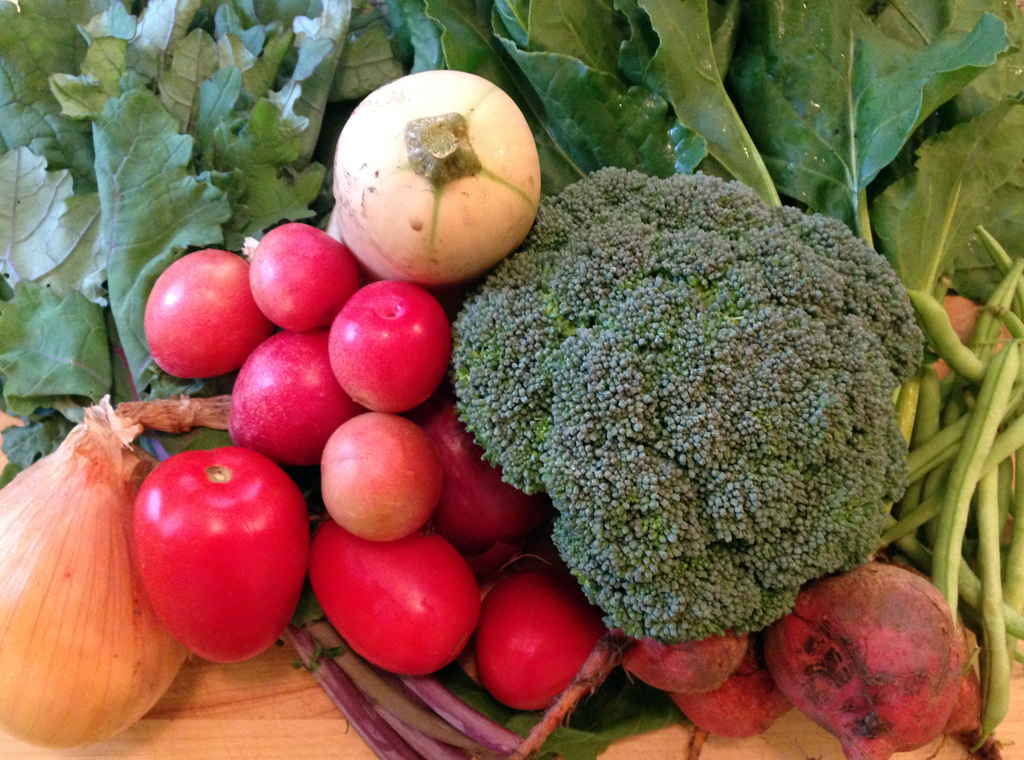 The Farmer’s Almanac predicts an early fall and a cold winter for us in New England. Already, chilly mornings mean that I pull out the long sleeves for running. Apples have arrived at the farmer’s markets. Darkness falls earlier and earlier.

In the fall my CSA subscription comes to an end as well; this week’s box is the second-to-the-last, so I unpacked some of late summer’s finest along with a squashy harbinger of autumn. (Don’t you love the word penultimate? I had never heard it before I took Greek in college…which is funny because it’s a Latin word. Those crazy ancients.)

Fall makes me want to eat soup. I resisted the urge to make four different soups with this box and instead settled for a duo. The broth for this chicken and kale soup is amp-ed up with Worcestershire sauce and Dijon mustard; the beet soup gets some extra zing from a healthy dose of ginger and garlic. 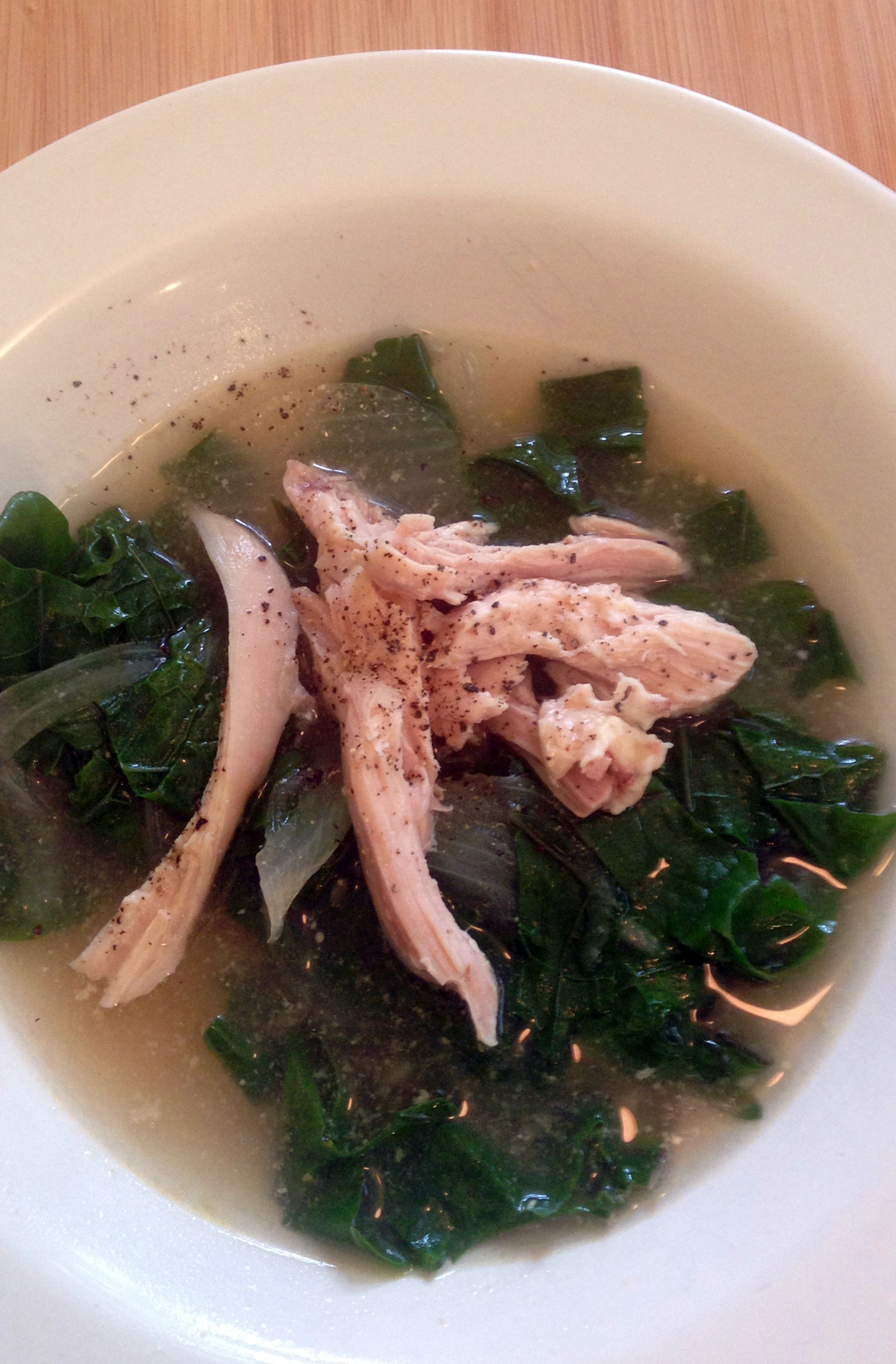 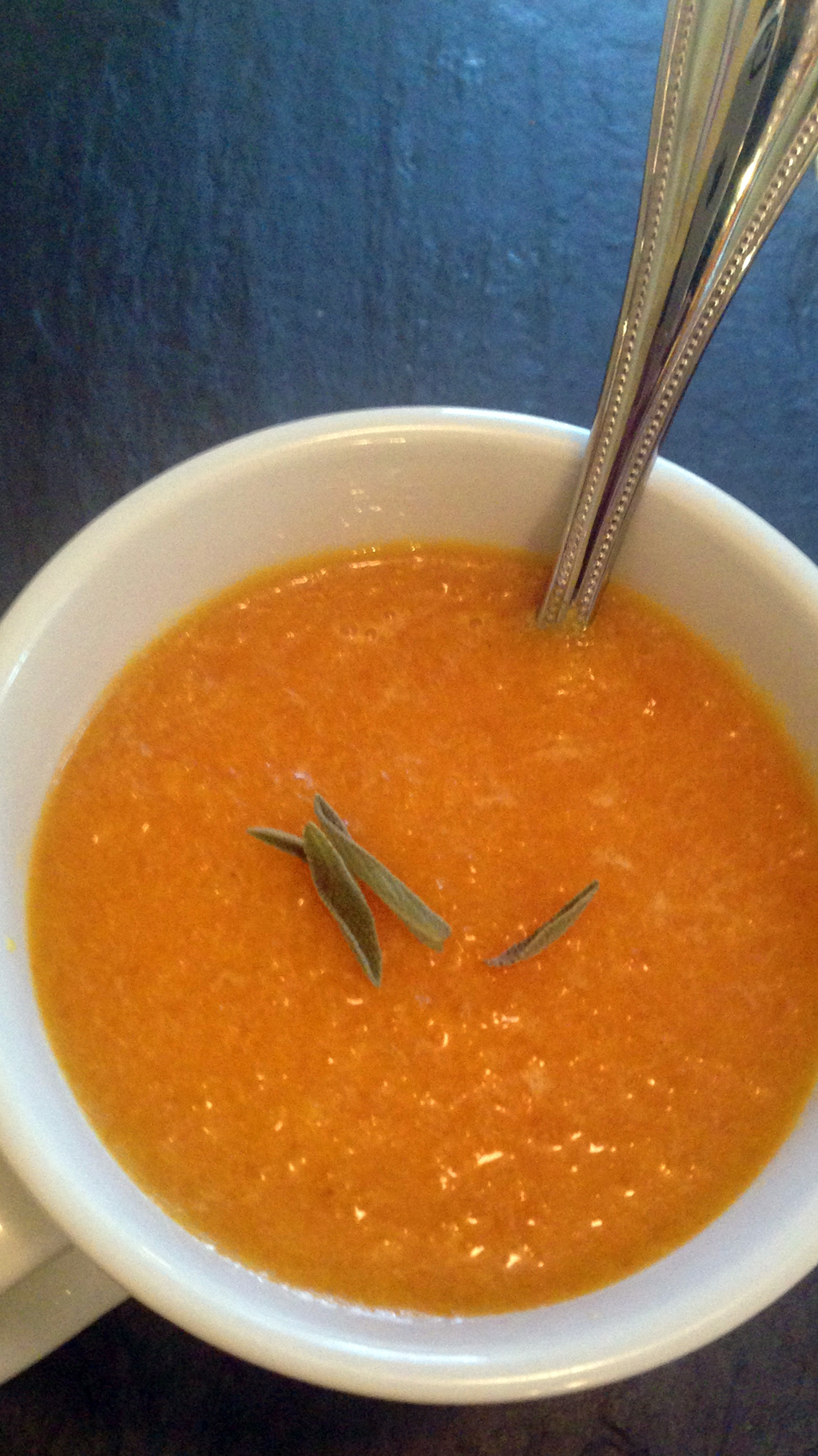 Last year, I ate a tomato salad at Farmstead (sob!) that was dressed with a kimchi vinaigrette. The memory of that dressing has haunted me, lo, these many months, so I tried to recreate it for a salad using the box’s green beans. I achieved moderate success: my version is good, but not lick-the-plate-clean good. More work needed here, obviously. 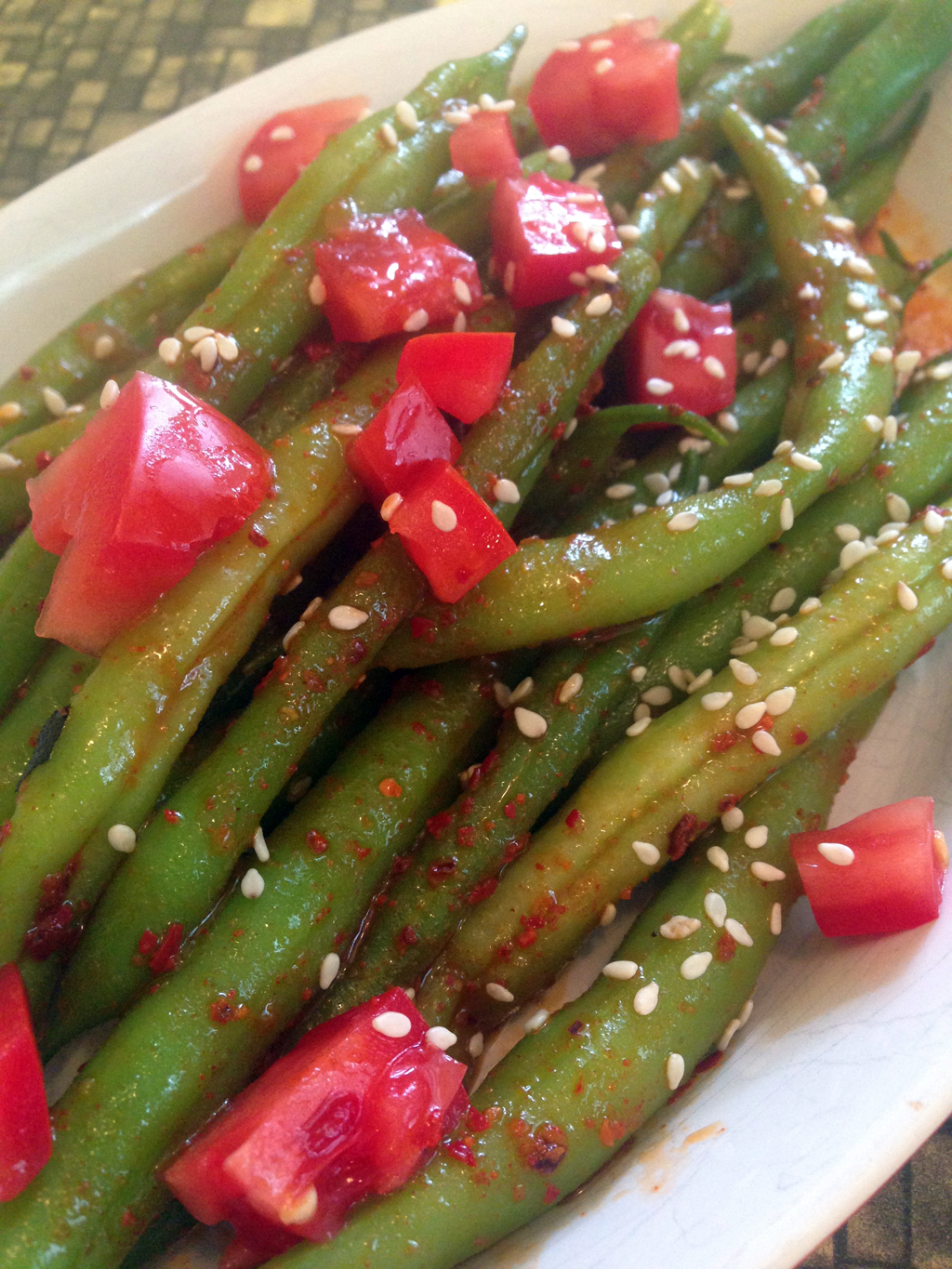 A chilly Sunday morning run led me to crave duck, which we ate with The Best Broccoli of Your Life and butternut squash (roasted and tossed with toasted pumpkin seeds and sage brown butter). 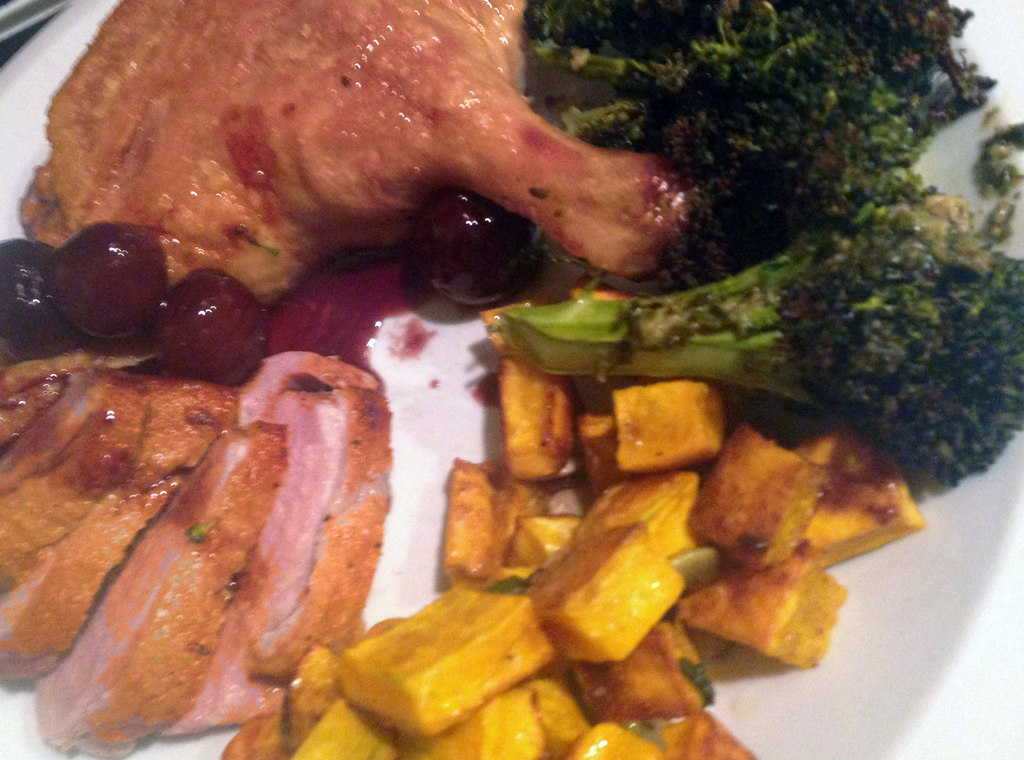 And finally, the plums became (likely) my last canning project of the season: they simmered FOREVER with orange, cardamom, and cinnamon into a spicy plum butter. The house smelled like Christmas for an entire afternoon. Since I’m in the middle of a Whole 30, I had a schmear on an apple slice instead of toast (I MISS TOAST). 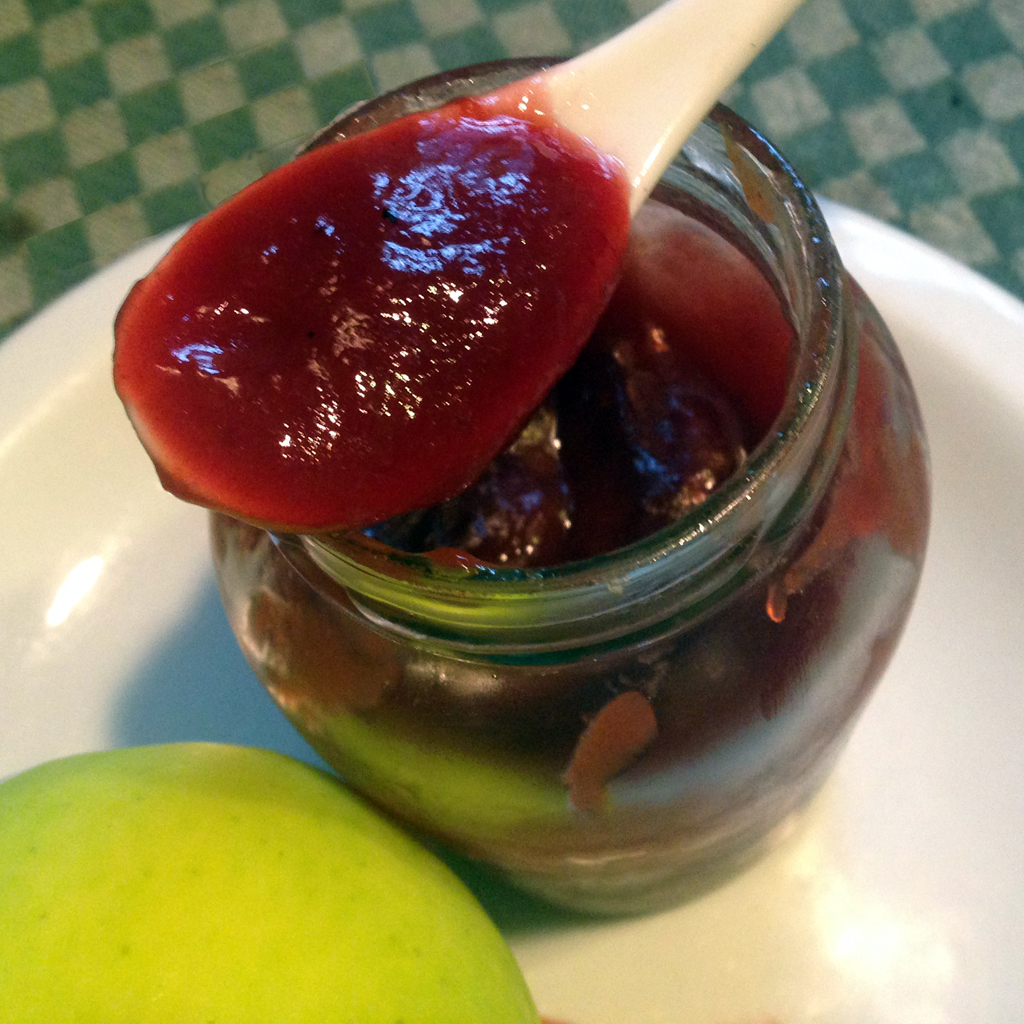 One more box to go. I’ll be sad to see these bi-weekly challenges come to an end, but happy to embrace a fall of charcuterie. Soppressata, here I come!

PS: Have you heard the new record from The New Pornographers, Brill Bruisers? I highly recommend it. While I will always love 2005’s Twin Cinema best, this new record is a pop head rush. Bracing melodies, forceful bits of synth, and those voices. Those voices! The record manages to sound very futuristic while simultaneously paying homage to its eponymous hit-making structure. You can listen to most of it live in concert here.