Perhaps no other item announces spring more sweetly than the Peep. These wee marshmallow chicks, bedecked in crunchy technicolor sugar, hold a special power over our collective consciousness from mid-February until late April. Those beady eyes and tiny beaks slay me. And, let’s face it: post-Easter-half-price Peeps are perhaps even more wonderful as the Peeps that arrive in stores on February 15th.

My friend Peter delights in stale Peeps. He’ll open a package in March, stow it on top of the fridge and retrieve it a couple of weeks later when the chicks have developed a hearty chew only possible through partial dehydration. Peter likes Peep jerky.

However, no one I know has demonstrated such Peep devotion as my friend Rebecca, who held a Peep party this year! She created cocktails, Rice Kris-Peep treats, fruit brochettes, and much, much more out of these fluffy nuggets. But once the party was over, Rebecca was D-O-N-E with Peeps. I mean, she was Peep-ed out. Therefore, she kindly offered me the remaining stash for an orphan project. Of course, I jumped at the chance. 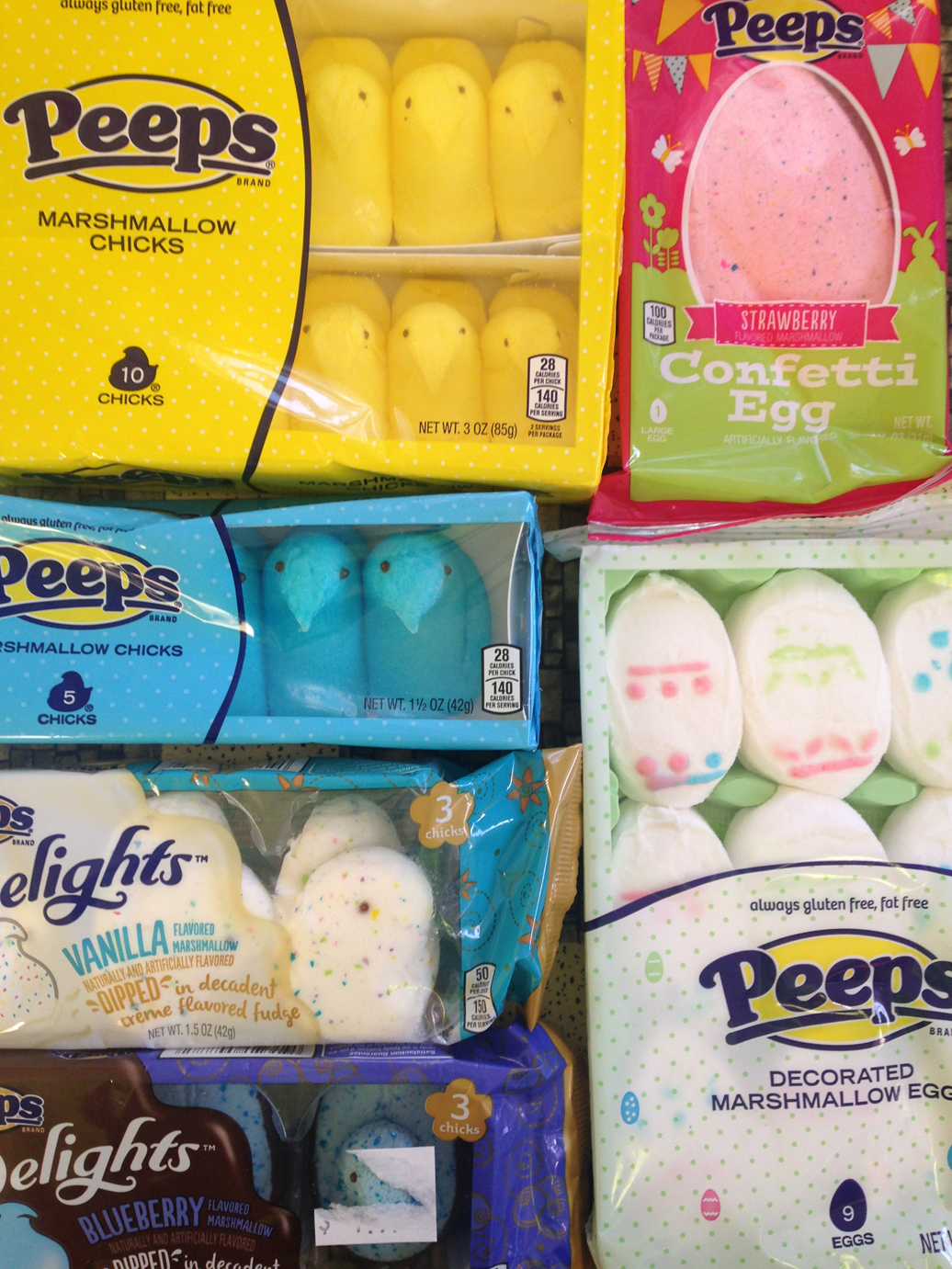 I, obviously, have not followed Peep evolution closely enough, because I was flabbergasted by the variety of Peeps available in our modern world. We have progressed far beyond the yellow and pink of years past into a staggering wealth of options. Chicks, bunnies, eggs. Chocolate-coated, white chocolate-coated. Vanilla, blueberry, strawberry, fruit punch. FRUIT PUNCH PEEPS. Ponder that for a moment when people claim that creativity is dead.

Since Rebecca had already gone explored the Peeps-krispy treat, I decided to incorporate some vanilla-flavored Peeps in a version of Momofuku Milk Bar’s Compost Cookie. I theorized that the potato chips and pretzels in the cookie would provide enough salt to stand up to the overwhelming sweetness of the Peep. I neglected to consider, however, that the marshmallow would make the dough extra-spread-y. Thanks to gooey Peeps, I ended up with two giant cookies instead of eight regular-sized cookies. I separated them as best I could during the cooling process, but these cookies were definitely amoeba-shaped, rather than cookie-shaped. I also overbaked them, rendering them crunchier than I had hoped. Still edible, but more akin to granola than cookie. I give myself an A- for concept and a C- for execution! 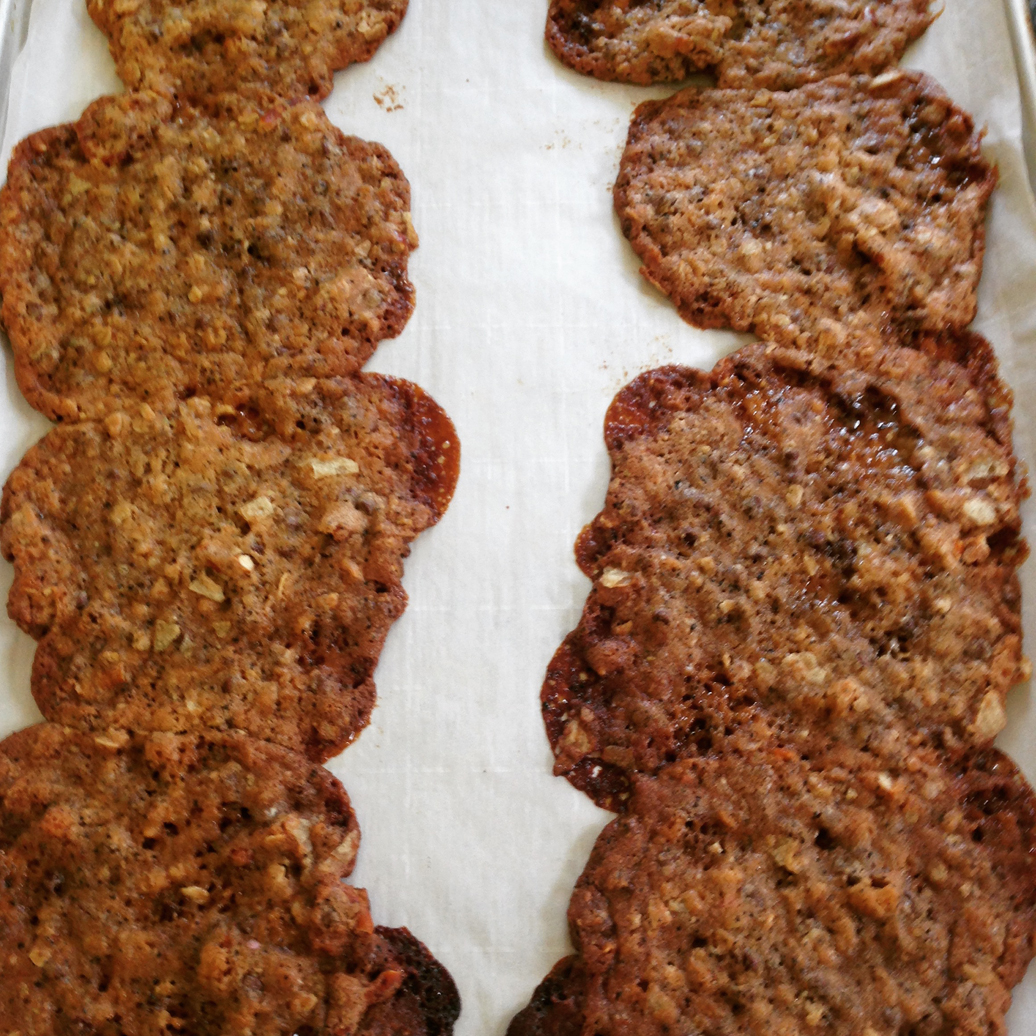 Then, my two most stalwart orphan donors, Monika and Jenni, gifted me with two perfectly ripe pineapples and two adorable wedges of honey-sea salt cheese. I made jam with one of pineapples and sorbet with the other. These cheese was begging to become a scone, and walnuts seemed like a good match for the slightly sweet saltiness of the cheese. These scones go really well with the jam, which is a nice bonus. 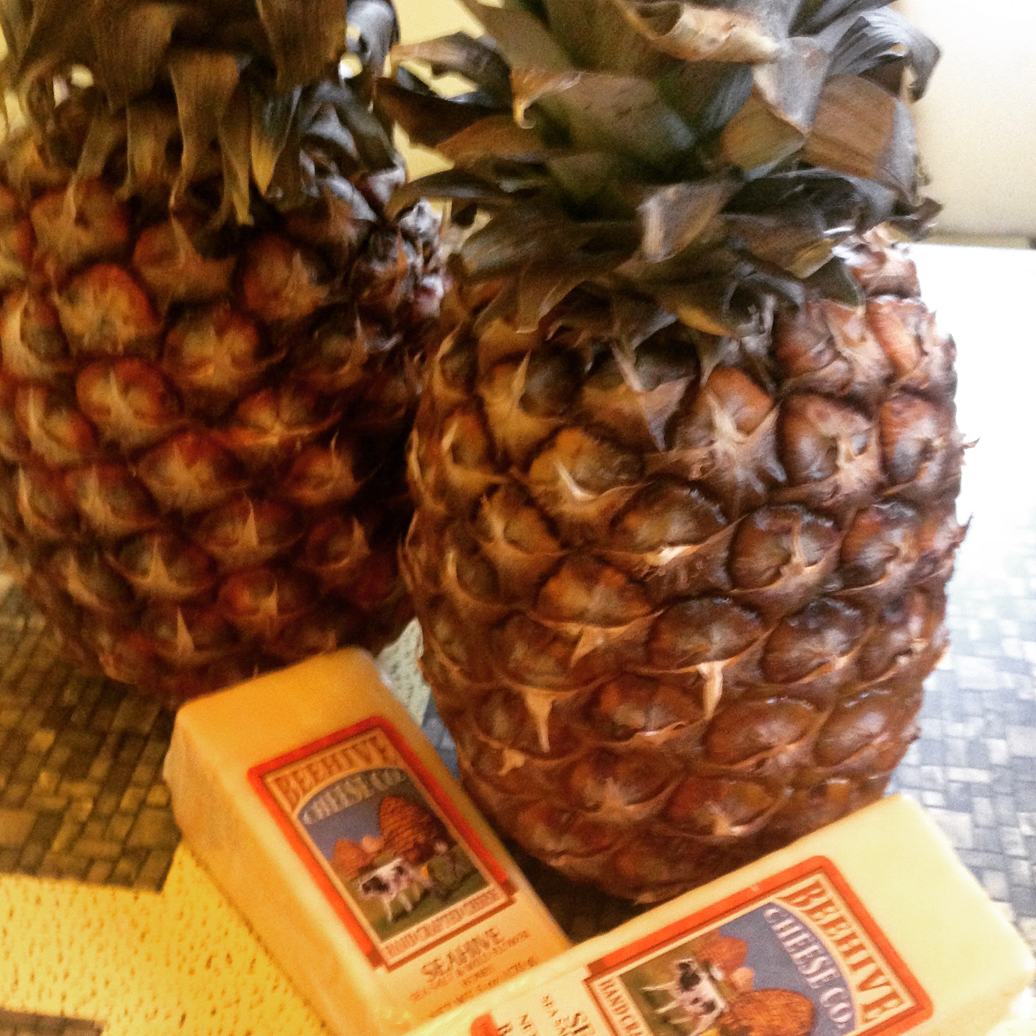 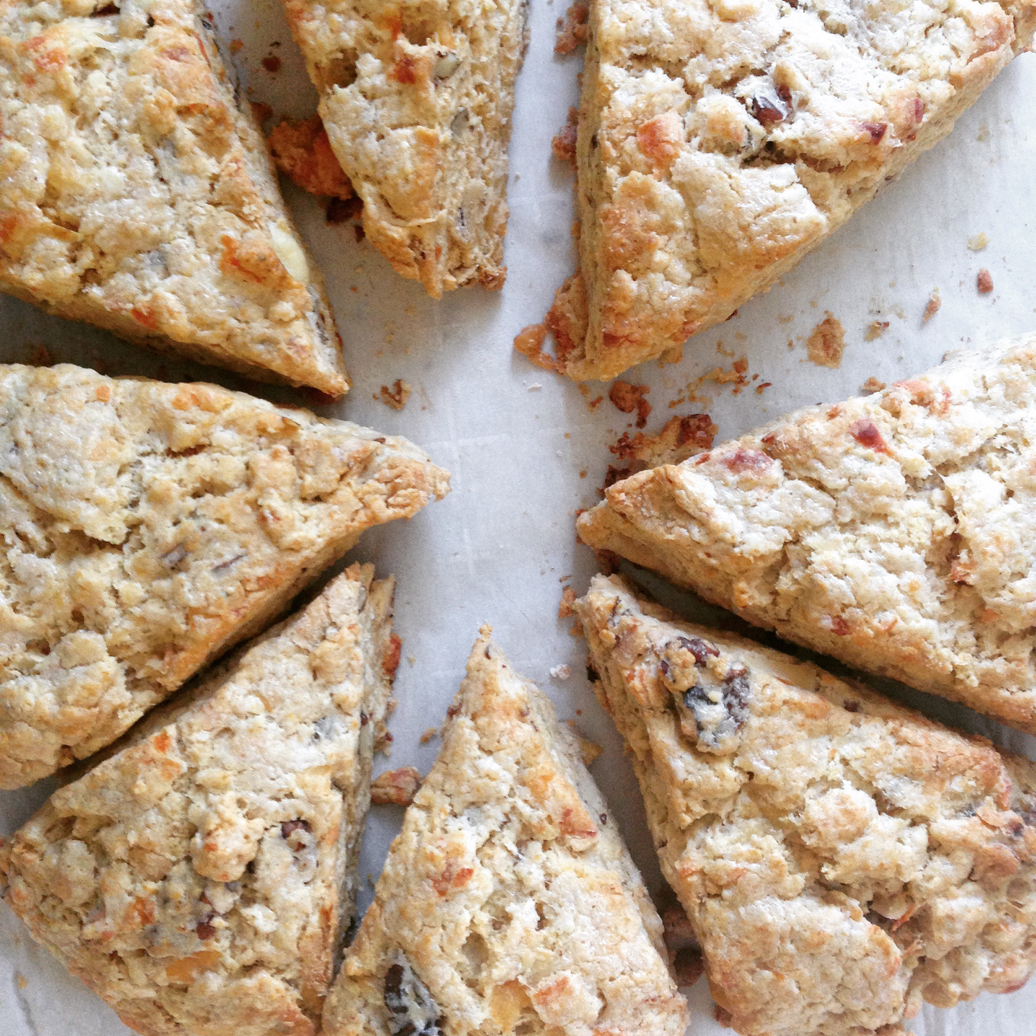 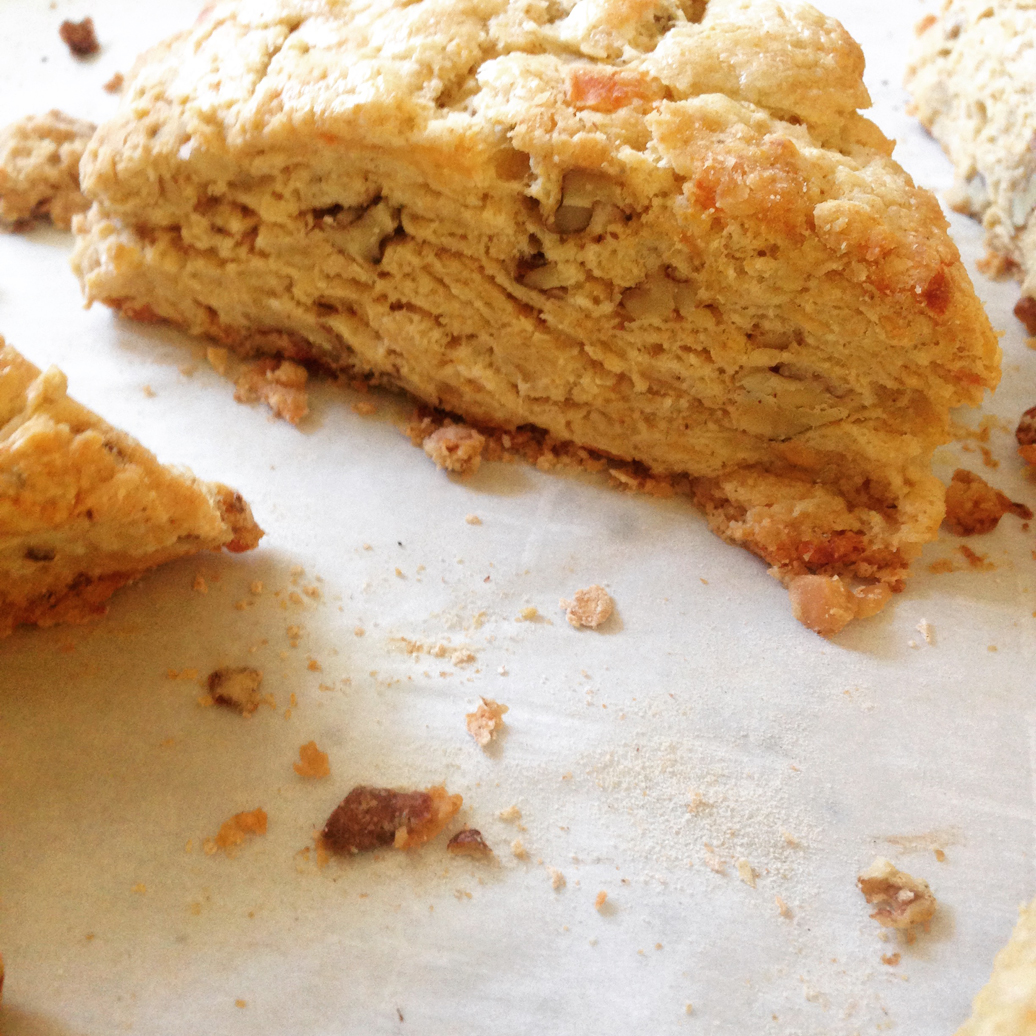 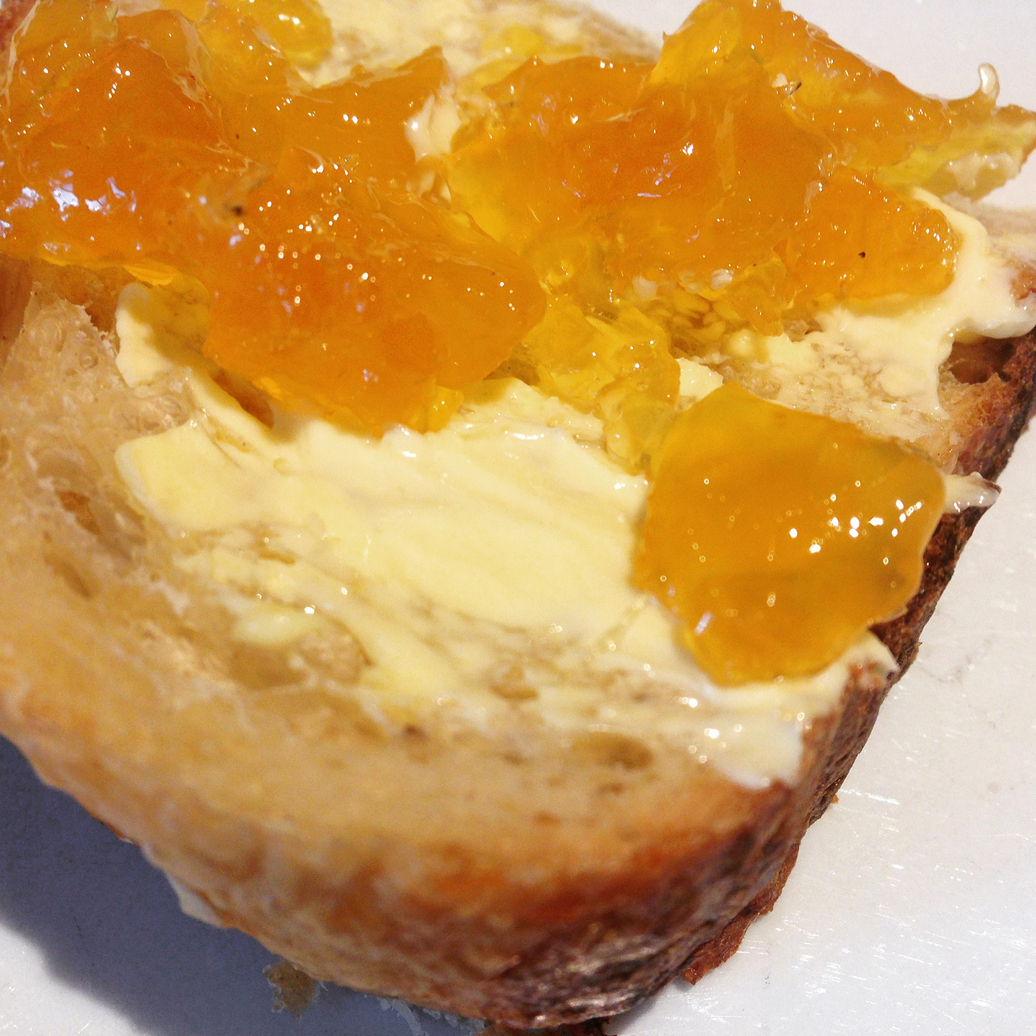 Thank you, Rebecca, Jenni, and Monika for playing along! I had so much fun!

And here was my ear candy for the cooking session:

I’ve been digging this new track from The Cold War Kids a lot lately. I really love the walloping piano, Nathan Willett’s ecstatic vocal delivery, and the concept of love’s inexplicable nature. Frankly, I’m always a little puzzled about why we love one another. I get why we’re physically (or intellectually or emotionally) attracted to one another, but that’s only a shadow of what love really is. The thing that binds us to one another even when times get ugly or boring or supremely un-fun? That’s what tough to figure out.

Holler at me if you’ve got the answer.