Help Us Name this Cocktail!

Before I get into a discussion of the latest vegetable box, I call upon you, friends, to help us name a cocktail.

A little backstory: while I sat in the ER a couple of weeks ago waiting to get my shin sewed up, my delightful friend and running partner Sally came to visit. And, in what will surely be known henceforth as the coolest get-well gesture of the year, she brought a pint of figs! 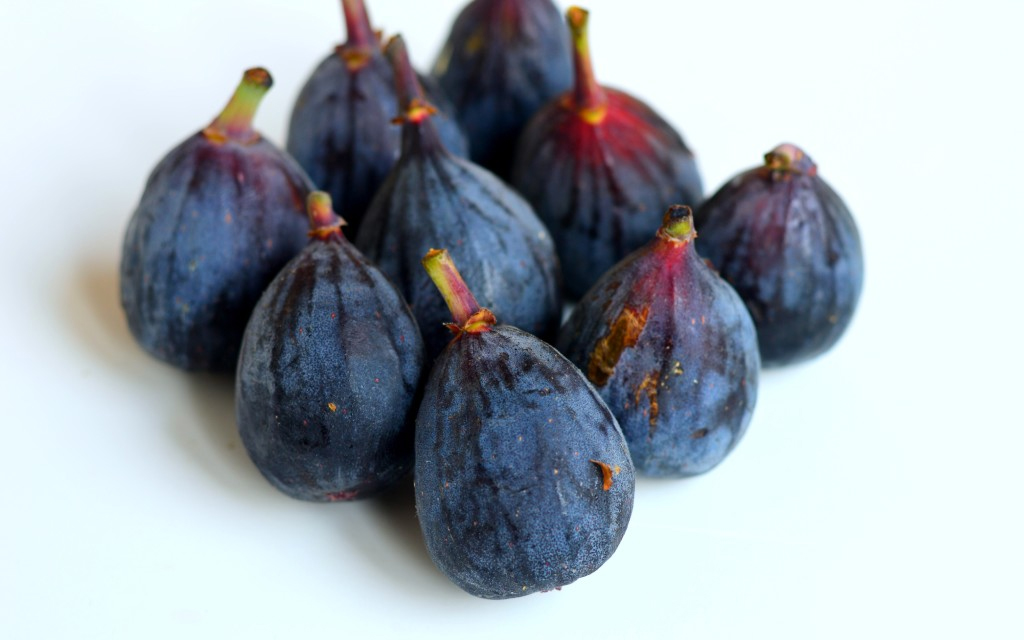 I love figs. The Unit’s paternal grandmother, Thelma Naomi Samons, had many, many exemplary qualities: she was a poet, a teacher, and a terrific storyteller. She also made the best fig preserves on either side of the Mississippi, and if you say differently, I’ll fight you about it. Each fall we would fist pump with excitement when she sent us jars of tiny figs from her backyard tree, glistening in honeyed syrup. A few years before she passed away, her beloved fig tree stopped producing fruit. Her final shipment contained a single half-pint jar, which accounted for all the figs she had harvested that year. If you make jam or preserves, you know how grand a labor of love it is to go through the preserving process for one jar of product. Grandma’s love was that great.

I had never tried preserving figs myself until Sally’s sweet gift inspired me. I ended up with several jars of not-quite-as-yummy-as-Grandma’s figs and a whole mess of fig-flavored syrup left over from the process. On merely a whisper of a suggestion from me, the Unit set about to fashioning that syrup into a cocktail. He paired the syrup with rye, lime, and fig bitters, and plopped a preserved fig into the bottom of the glass. I gotta hand it to him: it’s delicious. 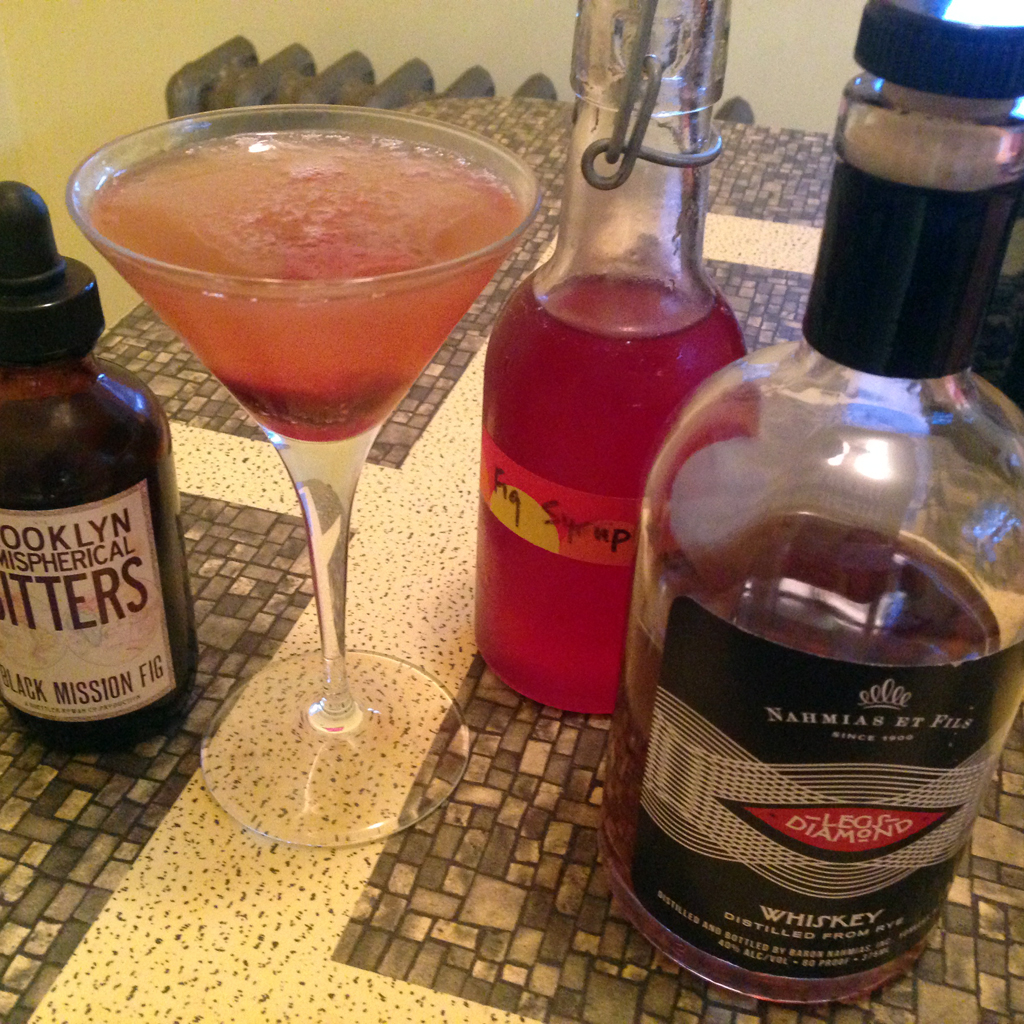 We’re still arguing about the name of this cocktail: rye, fig syrup, lime juice, fig bitters, and a preserved fig in the bottom of the glass.

We are, however, flummoxed on a name. I proffered the Fig Leaf, which he decried as too prosaic. He suggested the Adam’s Apple, to which I took exception, claiming it’s too metaphorical.

So, friends, I put this to you. Can you help us name this poor orphan cocktail?

Here’s what the box contained: 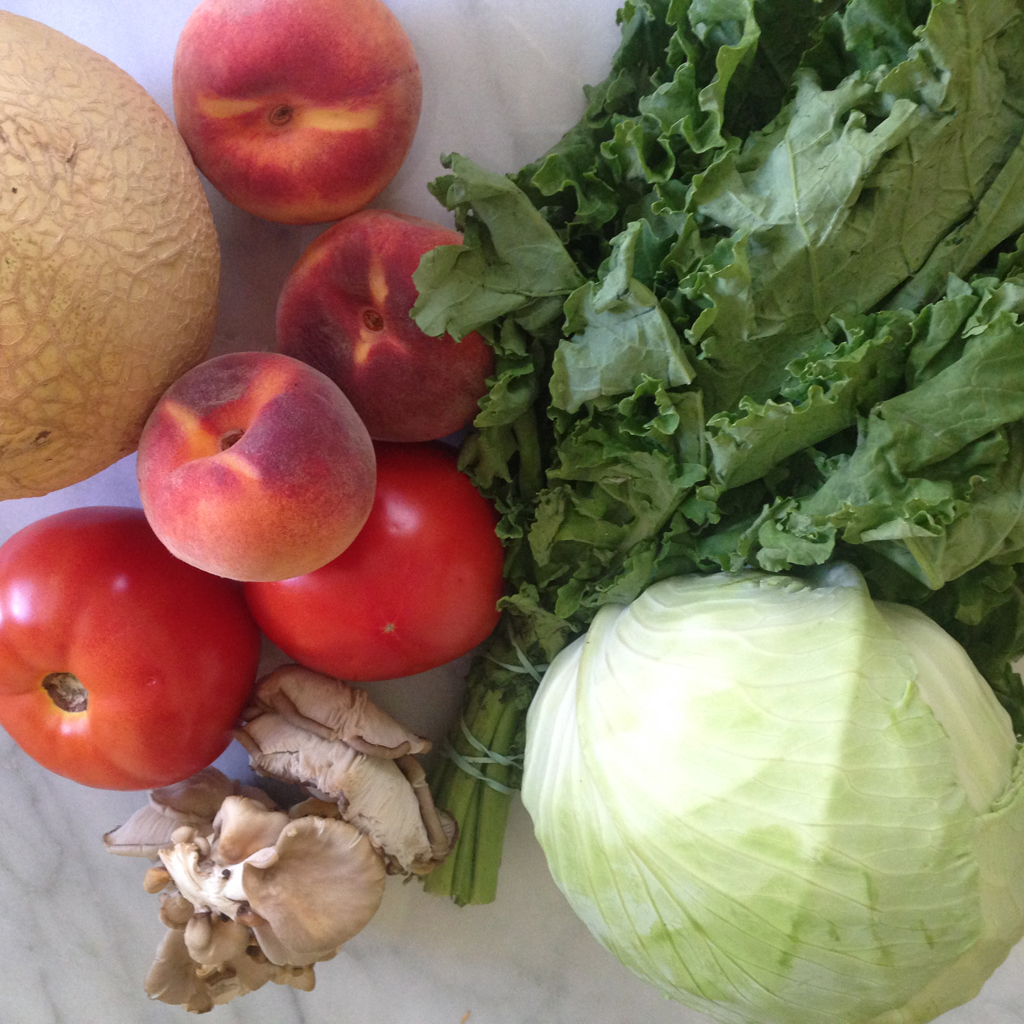 And here’s what I did:

Those beautiful mushrooms went on crunchy rye toast with some sunny side up eggs and aged Gruyere. Kale salad with avocado and pecans on the side. 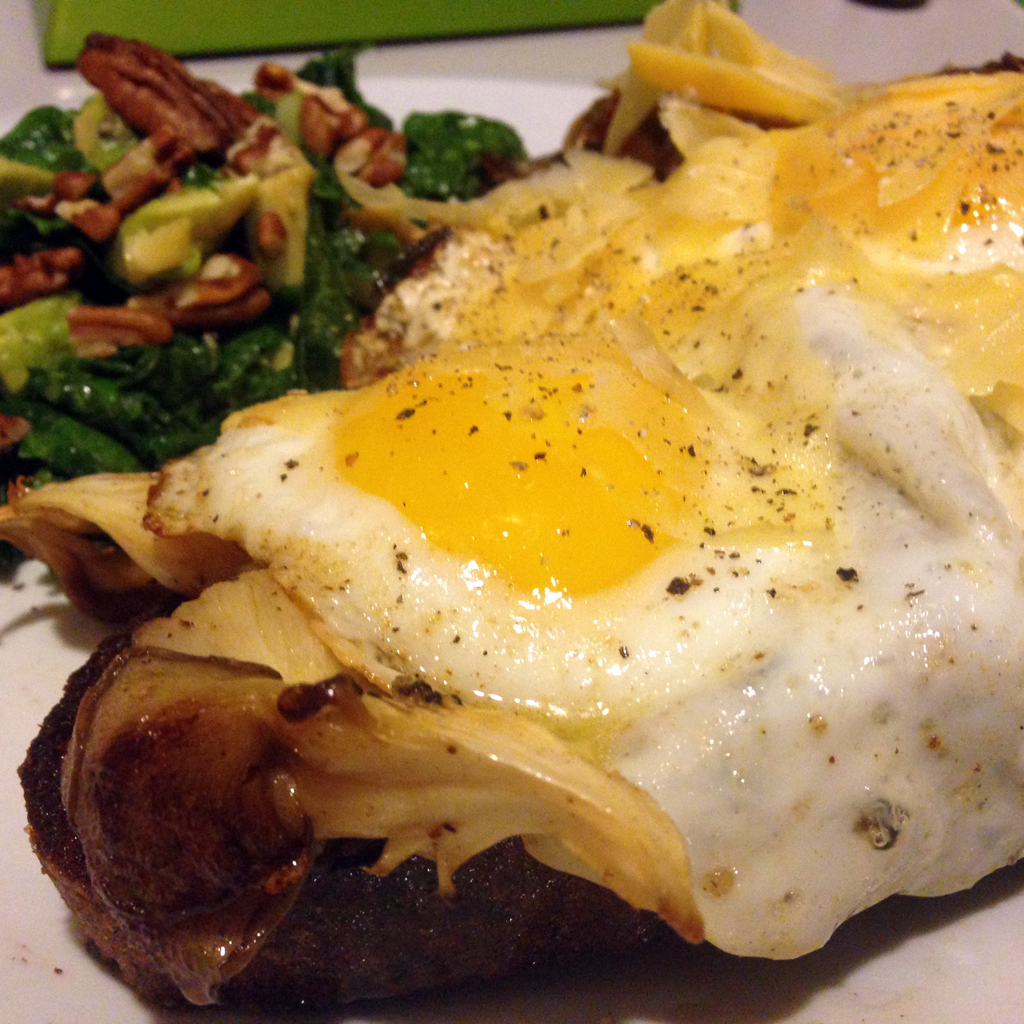 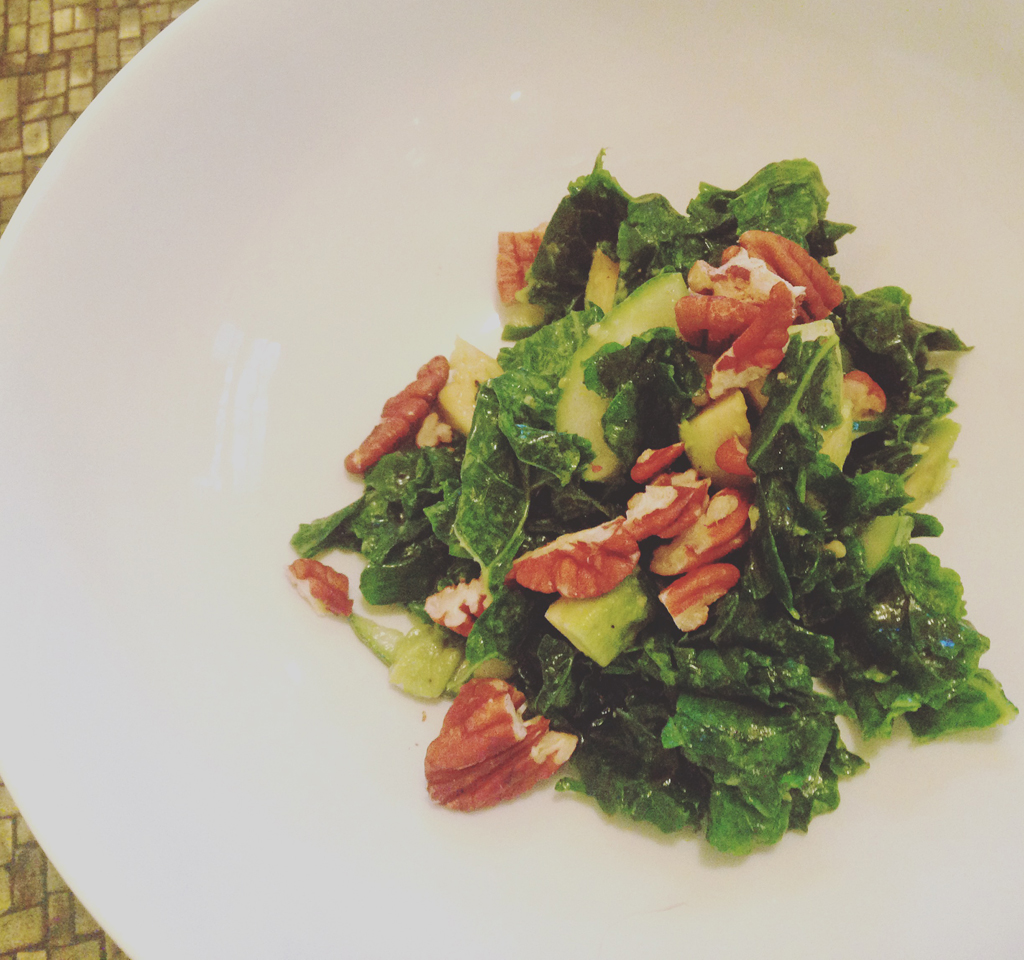 We accompanied that meal with a truly stellar Reisling. 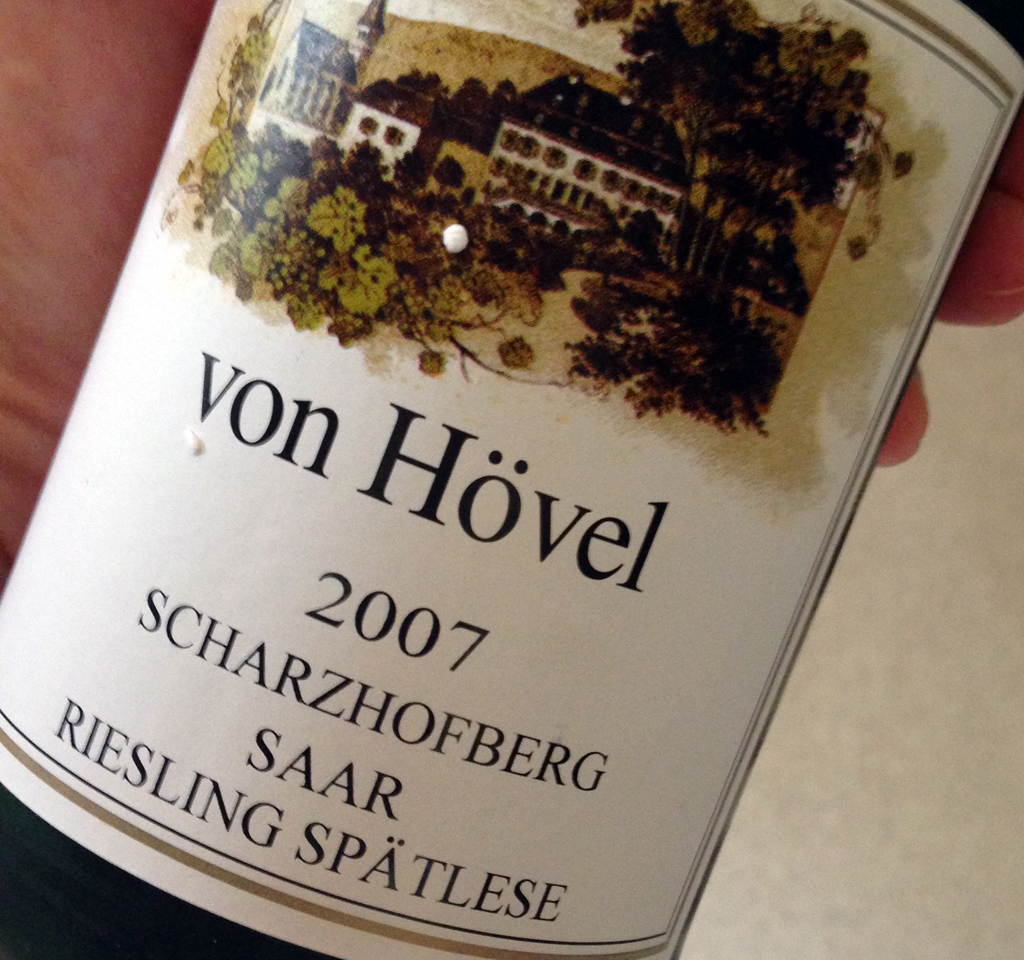 Still bits of the packing material clinging to the bottle!

The Unit had a birthday recently, so I used the peaches in a birthday galette. I almost dislocated my own shoulder patting myself on the back for this homemade puff pastry. 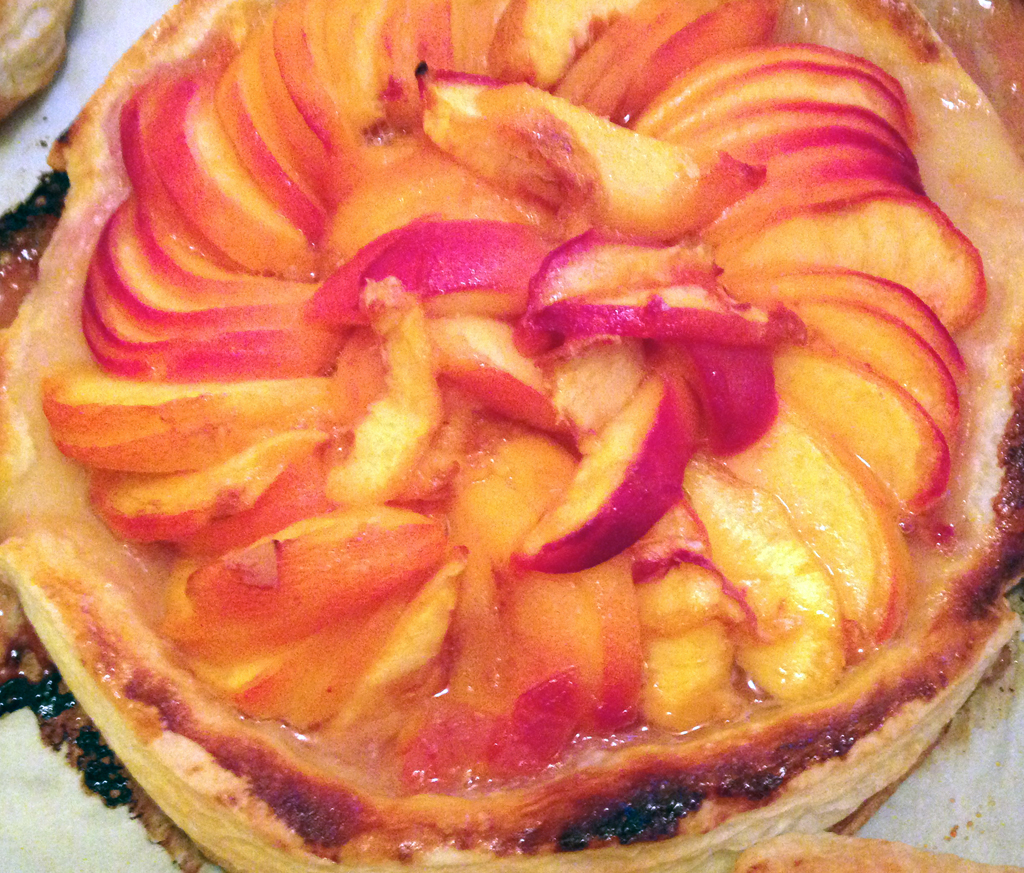 Birthday tart for a peach of a guy.

Much of the cabbage went into slaw, but I grilled some wedges over high heat and drizzled them with pomegranate molasses and sprinkled with salty toasted pumpkin seeds. 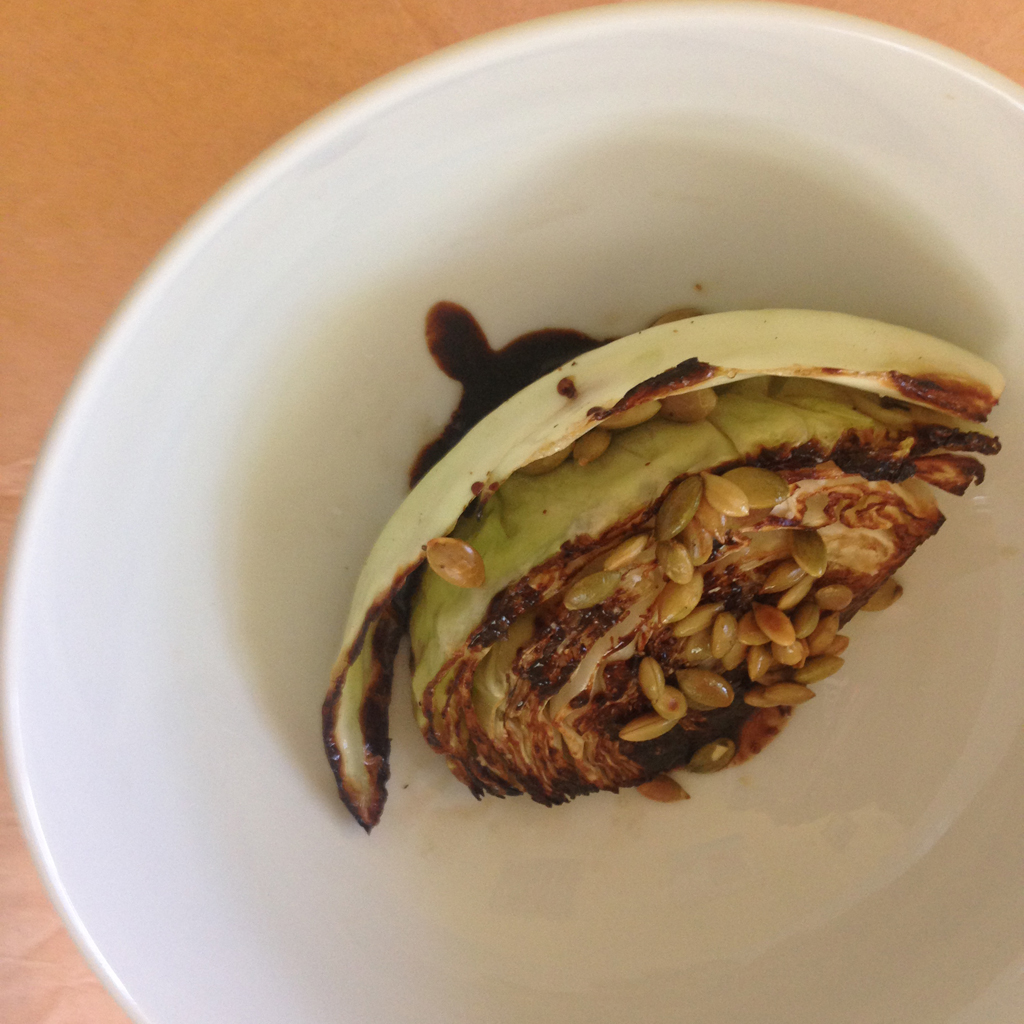 I puréed the melon with lemon and honey and froze into popsicles with a few blueberries in there for good teeth-staining measure. 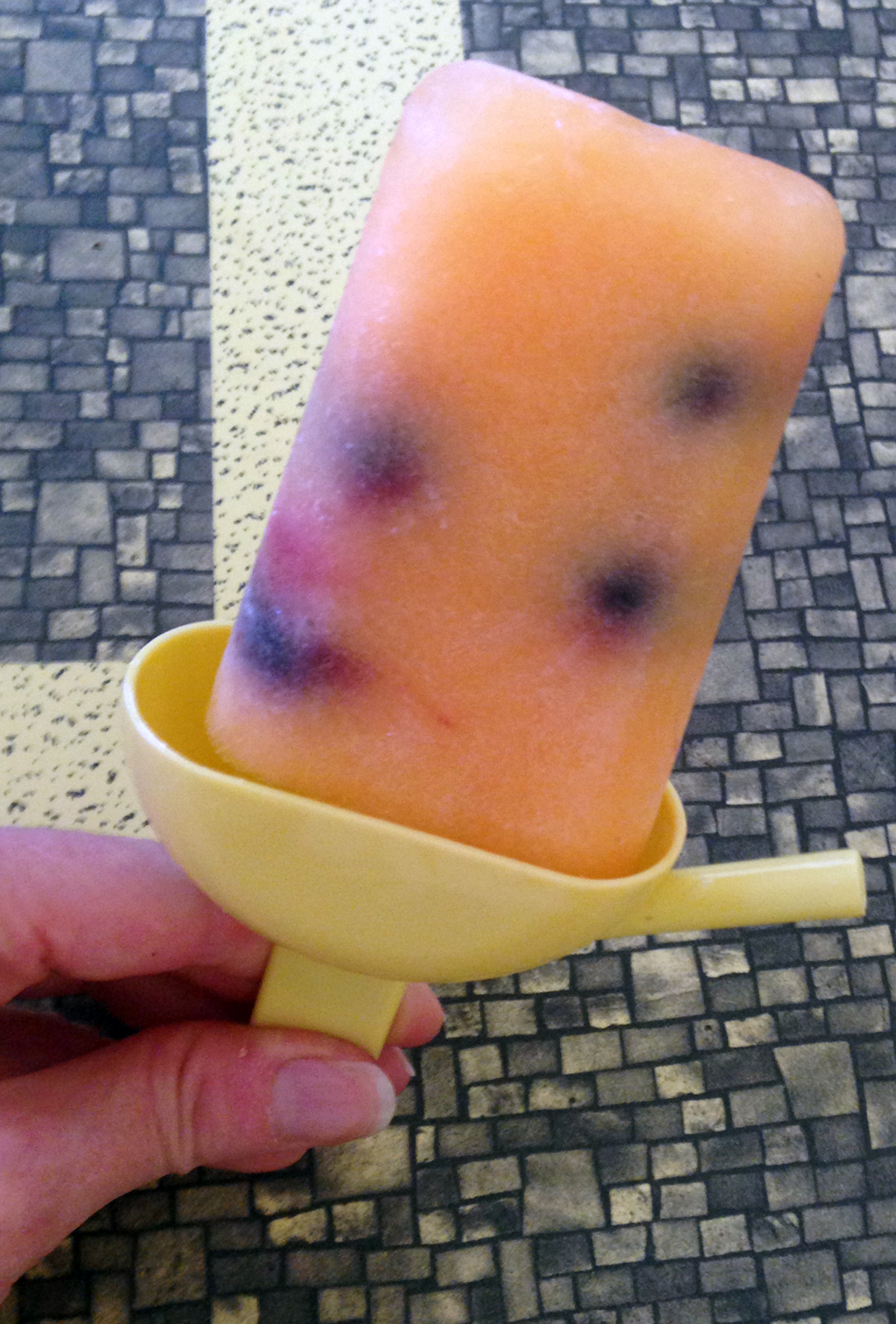 And the tomatoes we ate in caprese salads, but I also did a little juicing to make a spicy Bloody Mary, garnished with pickled green beans from the last box, a couple of tomolives, and a sliver of pickled habanero. 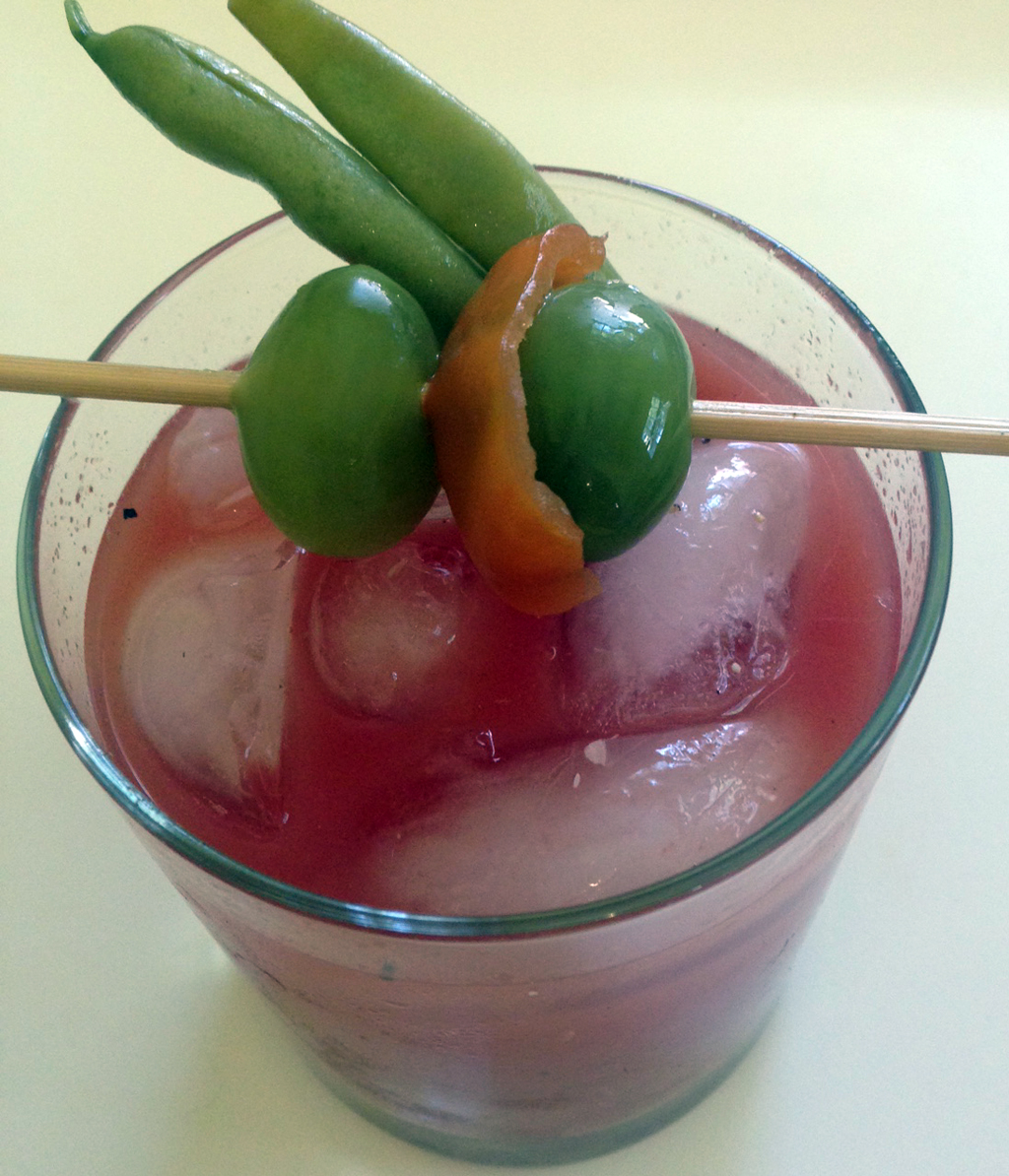 In honor of the publication of Chrissy Hynde’s autobiography, I’m signing off with a classic Pretenders tune. Rock on, friends!