Inanimate Objects Are Out to Get Me

NB: The first few paragraphs are full of Jamie-drivel. Skip past the Mousetrap video for vegetables!

I have decided to stop fighting with inanimate objects. The problem is they’re not honoring the truce.

I spend too much time every day fighting with the purse strap that always (ALWAYS) gets stuck on the manual shifting stick, the grocery cart with the bum wheel, and the toilet paper roll that won’t go all the way around, leaving me with a handful of single sheets. SINGLE SHEETS!

A couple of months ago, I vowed to struggle no longer. When faced with an uncooperative IO, I would employ passive resistance, like social or political protesters who go limp to hinder the process of carrying them away.

I’ve tried. Instead of yanking on the purse, I stop, relax, breathe. I calmly unhook the strap from the gearshift. But then, doncha know, the other bloody strap gets hooked on the parking brake, and the contents of the purse spill out onto the floorboard.

And this doesn’t even take into consideration the Mousetrapean attacks the IOs wage on the daily: the lemon that rolls across the counter and knocks over the salt cellar; the salt then changes the course of the rolling lemon until it can bash into a half-full cocktail shaker, sending it bouncing off the kitchen floor (did you know cocktail shakers BOUNCE? They do, with great Tigger-like properties), spewing finely-mixed Manhattan and bits of ice everywhere. In an unsuccessful attempt to catch the projectile shaker, my foot will hit the cat’s water bowl, at which time the laws of physics will go topsy-turvy because the amount of liquid to come out of that bowl—and into all corners of the kitchen—FAR exceeds the capacity of the bowl.

Friends, it goes on and on. I’m trying to take the moral high ground, but the IOs are pugnacious bullies and they have physics on their side. I need a Treaty of Versailles; I’ll settle for a Yalta.

At any rate, that is my manifesto for the day and it has almost nothing to do with this week’s beautifully-hued vegetable box. 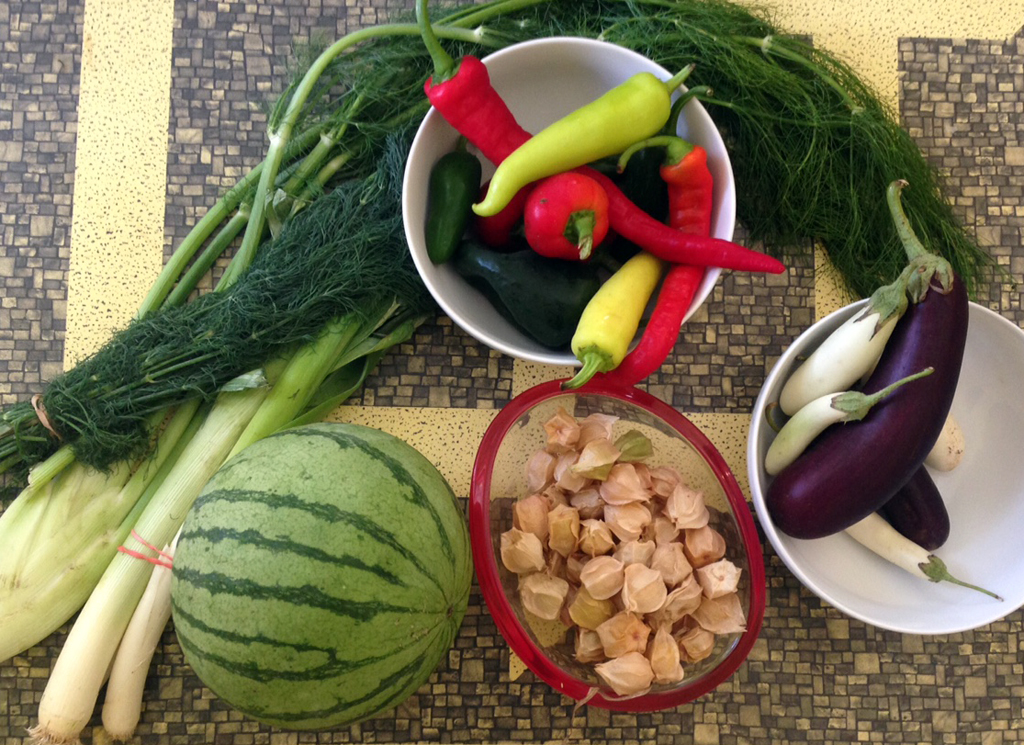 The box contained dill, fennel, a trio of slender leeks, a melange of peppers, adorable tiny eggplants, husk cherries, and a wee watermelon.

Starting ambidextrously, with both the left and the right at the same time, the dill went into a tzaziki that garnished a pile of grilled eggplant. 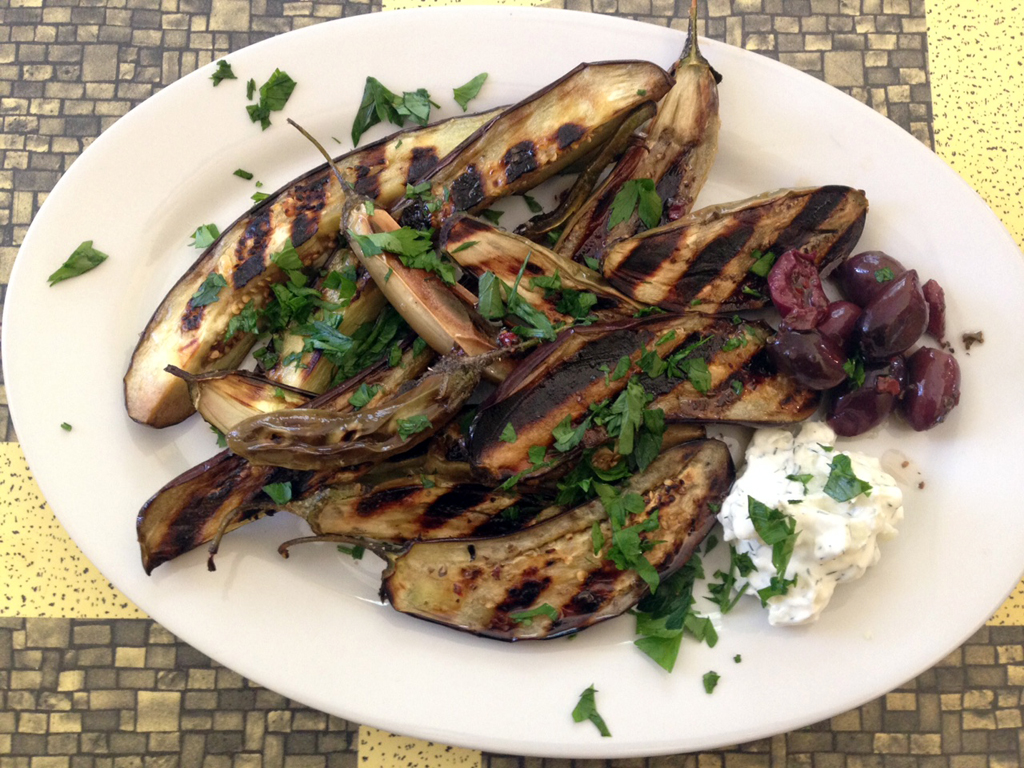 With the fennel, I riffed on Chef Gabrielle Hamilton’s recipe for a shaved celery, fennel, and radish salad. She serves hers with a slab of obscenely decadent Valdeon cheese on lavishly buttered toast. We served ours as a complement to an almost equally decadent cheese board, featuring the star players from Twig Farm. You’ve heard me prattle about Twig here, and with the full knowledge that I am repeating myself: go get some of their cheese. Now. Even the Unit, who generally does not love soft, “aromatic” cheeses, loves everything Twig produces. 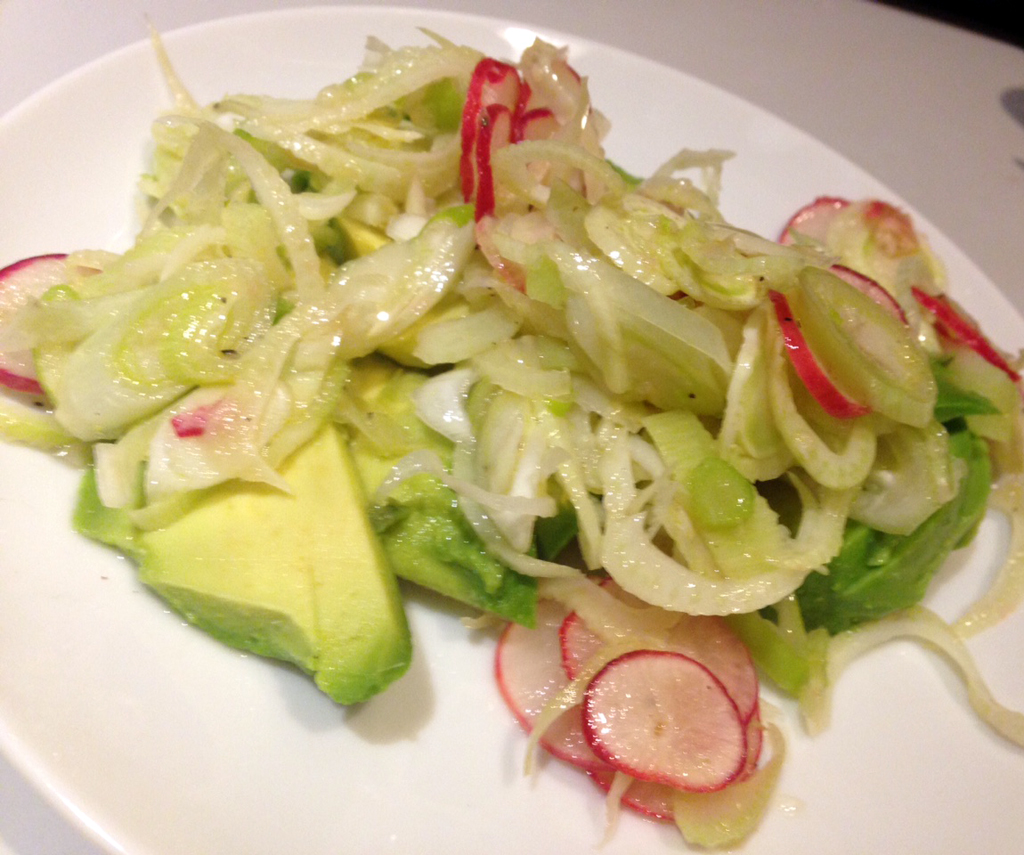 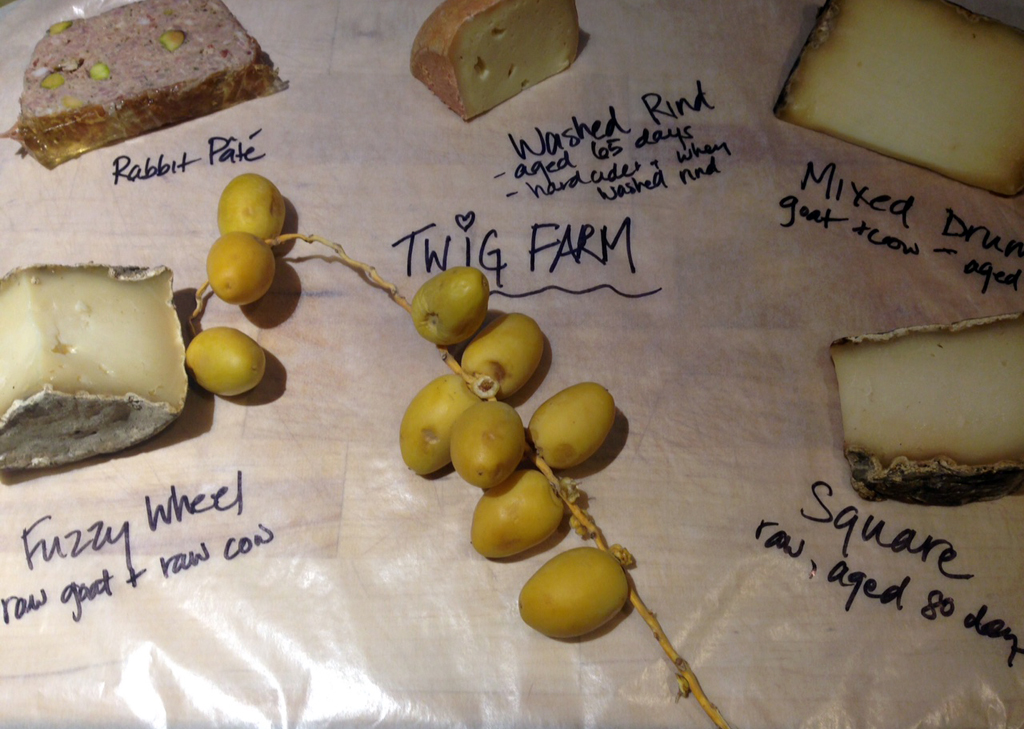 Four types of goat-y goodness: the Twig Farm line-up, plus some fresh dates, and a slab of rabbit pate from Formaggio.

We washed all that down with this bang-for-your-buck sparkling wine from Southwest France. Legend has it that Le Berceau was produced via méthode champeniose years before Dom Perignon came along. Several people have told me that the legend lies, but I choose to believe it anyway.

Hands down, one of the best sparkling wines out there under $15!

One of the jalapeños joined the husk cherries in a fruity, spicy salsa. 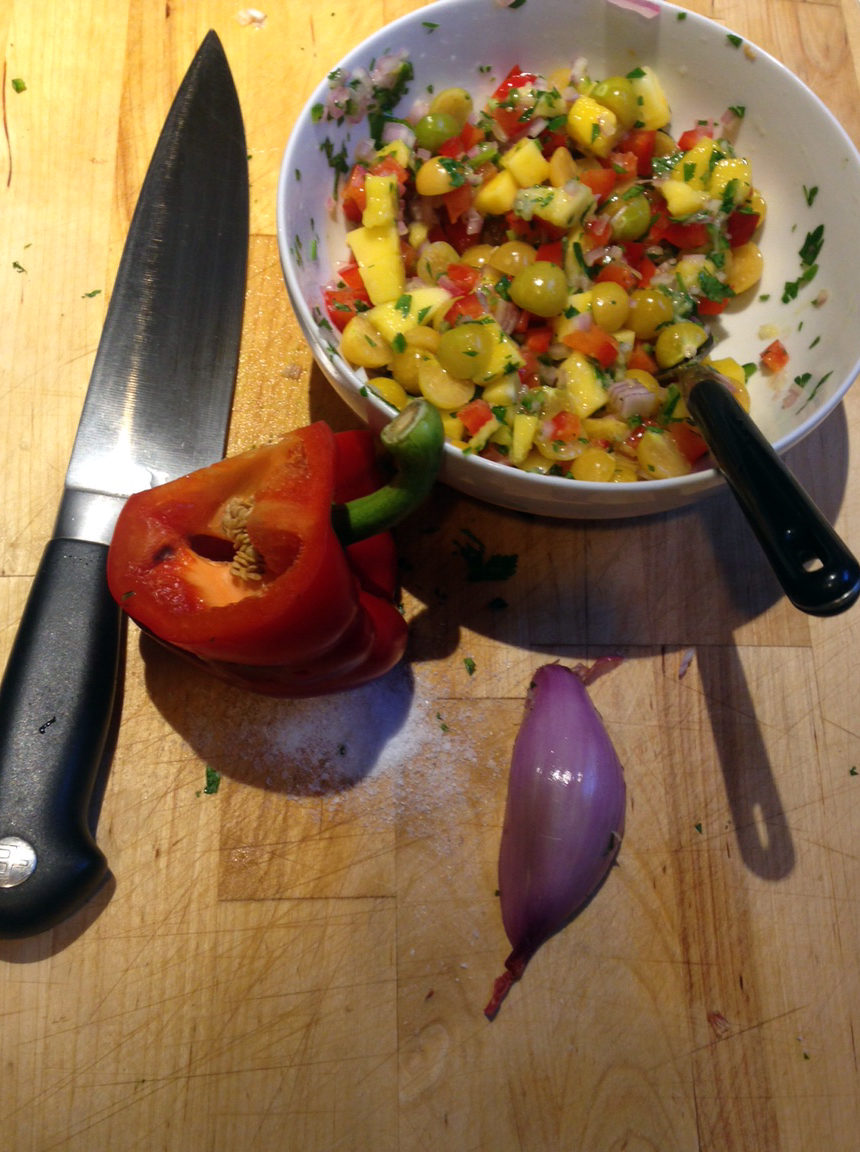 Husk cherry, mango, and pepper salsa. We ate this on chicken tacos.

We pulled out a bottle of the MacLeod Sauvignon Blanc to accompany the tacos. We love the MacLeods. 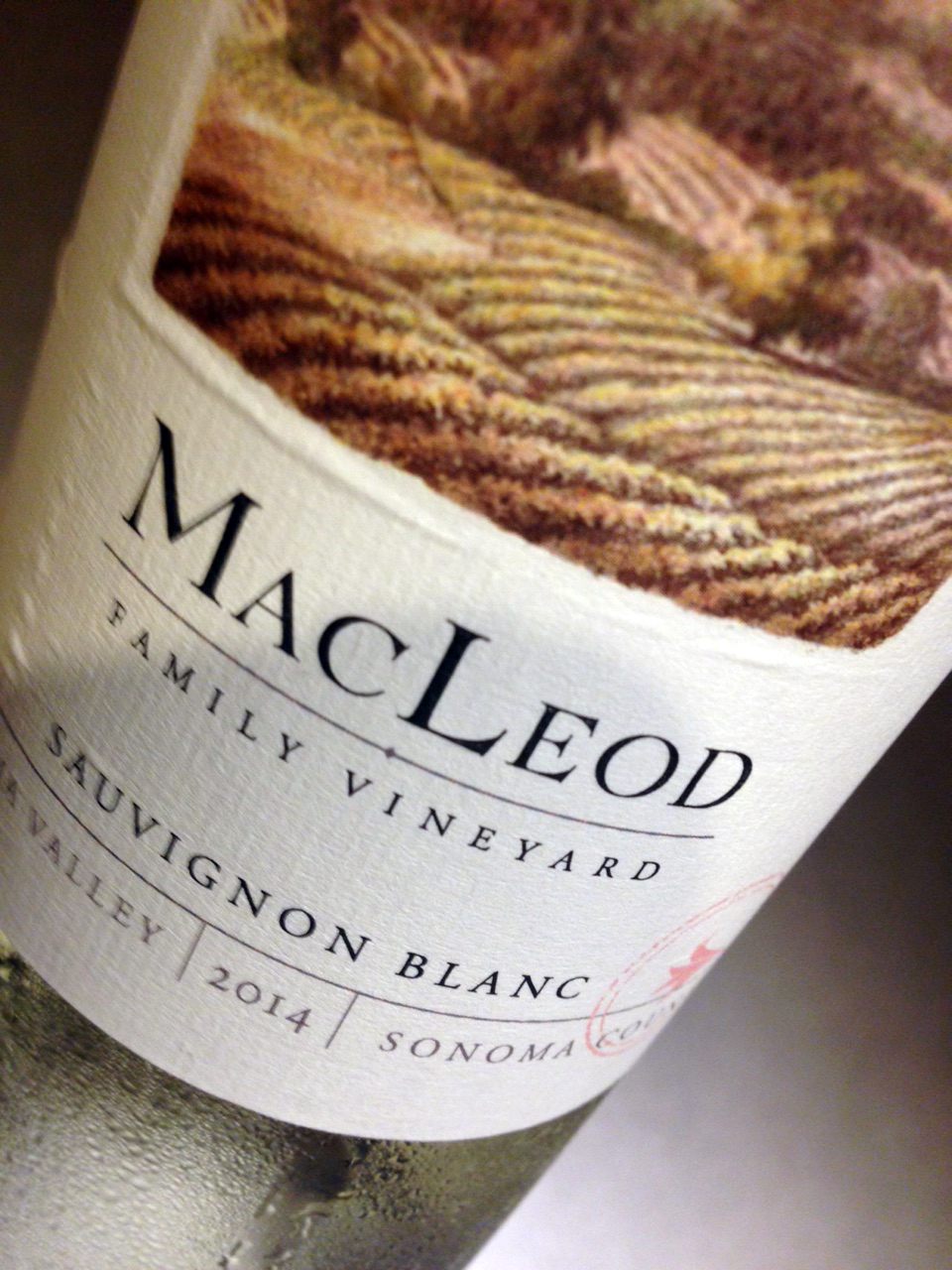 This year’s drought has diminished the 2015 MacLeod harvest by 30-40%. Thankfully, we have a supply of the 2014 and it drinks beautifully.

I roasted the other peppers and added them to a smoky chicken tortilla soup. 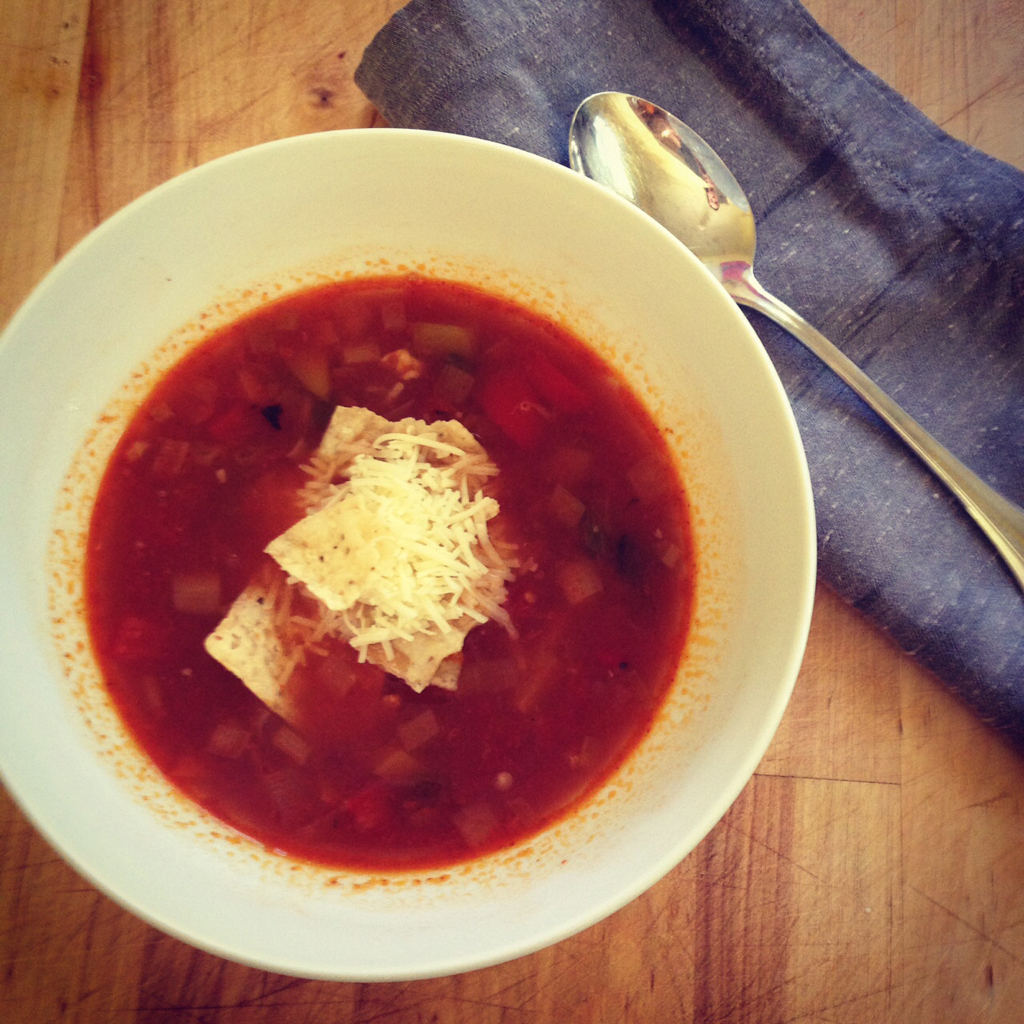 Chicken tortilla soup, with lots of surface fat and bits of spice clinging to the edge of the bowl.

Finally, the watermelon we just ate because one should not go through a summer without getting sticky-faced from watermelon juice.

And now some music!

About a million years ago, I religiously read Thomas Bartlett’s music column for Salon (if you ever received a mix CD from me around 2003, it was filled with liner notes that read “Thomas Bartlett says x,” or “I agree with Thomas Bartlett on y.”). Bartlett left Salon much too soon, but I followed his musical career as a part of The National (loooove), his partnership with Sam Amidon, and his solo effort as Doveman. Now, he and Amidon are backing the truly lovely Glen Hansard (whose jugular-popping vocals for The Frames and soft croon as half of The Swell Season have equally transfixed me) on his second solo album, Didn’t He Ramble.

“Grace Beneath the Pines” is the lead single. It’s pretty special.