And let’s get right to it:

It was an autumnal affair, replete with gourds and tubers and apples and fungi. 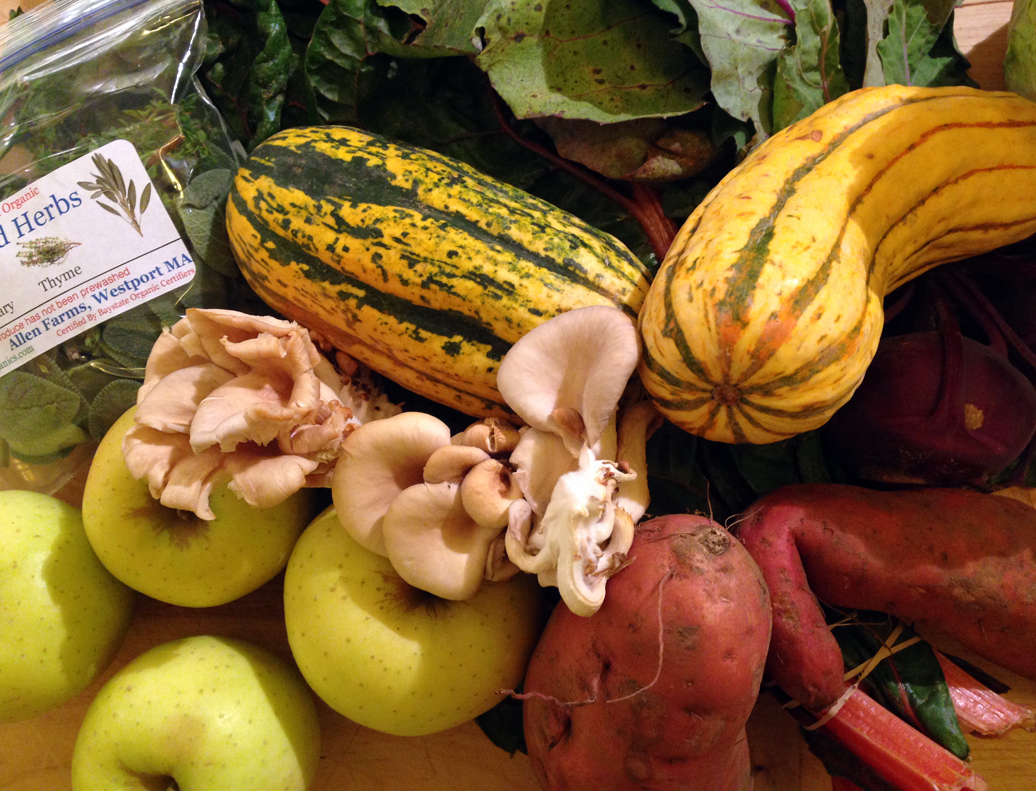 In the midst of cleaning out the pantry, I found a bag of sorghum grains and attempted to concoct a grain salad with the sorghum, roasted sweet potatoes and broccoli, some sesame and sunflower seeds, and a miso vinaigrette. It was a C- dish at best. Sorghum’s funny; it never achieves the nutty chewiness that farro does and although I like the flavor, the texture’s a bit of a miss for me. Still, I took it to the gym in the hopes of pawning it off on hungry athletes. 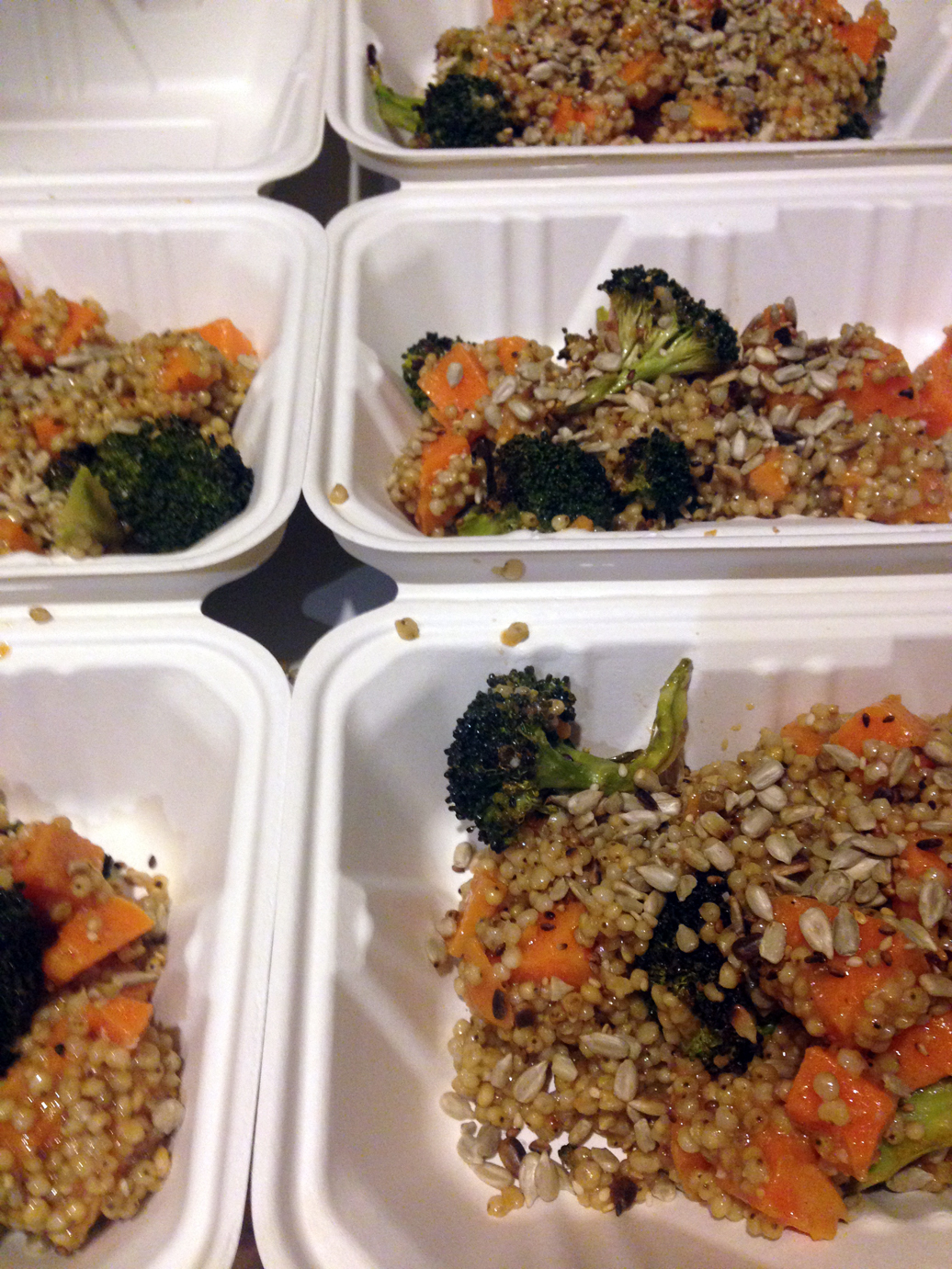 Sorghum salad with roasted sweet potatoes and broccoli, toasted seeds, and a miso vinaigrette. Not wonderfully delicious, I must admit.

The chard and squash went into breakfast burritos. 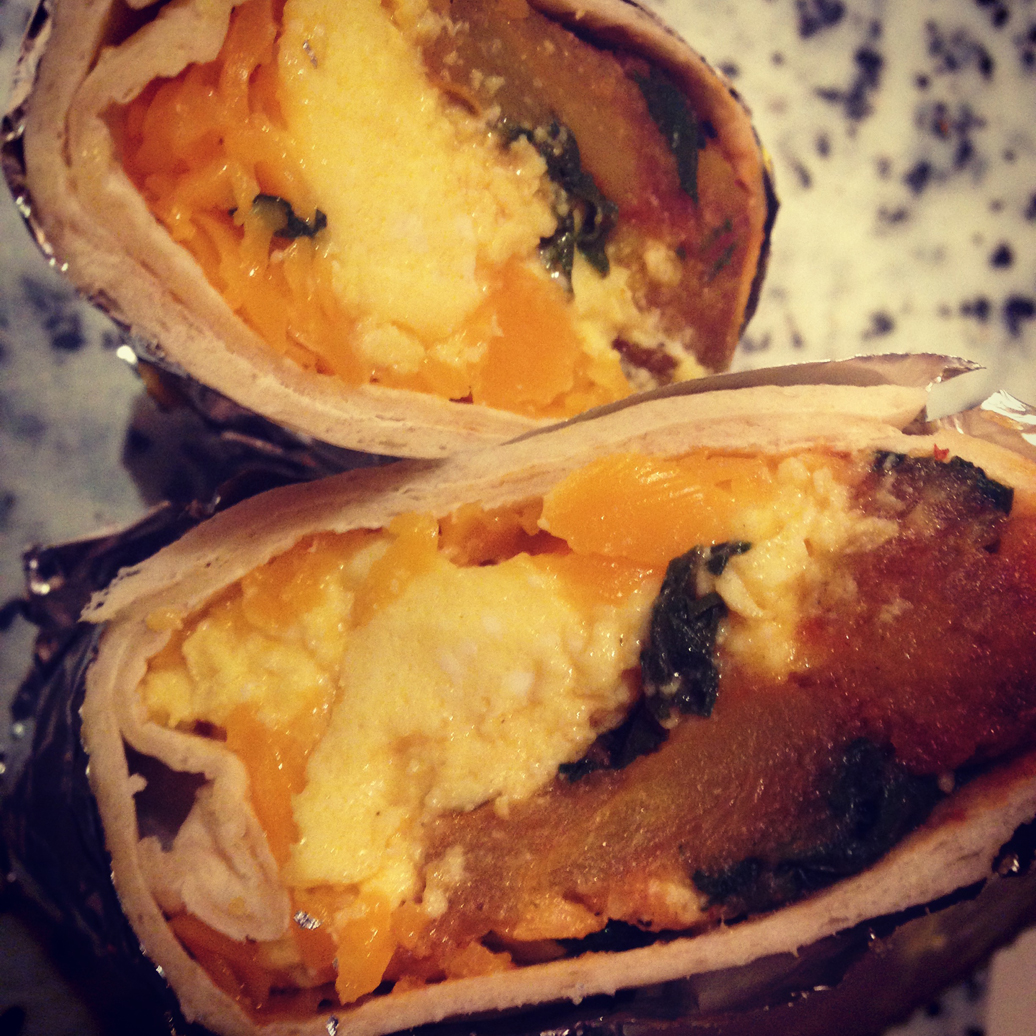 I sauteed the cabbage and mushrooms as a bed for a perfectly fried egg (I love a crispy edge on a sunny side up egg, but I know that’s considered UGH by egg experts). 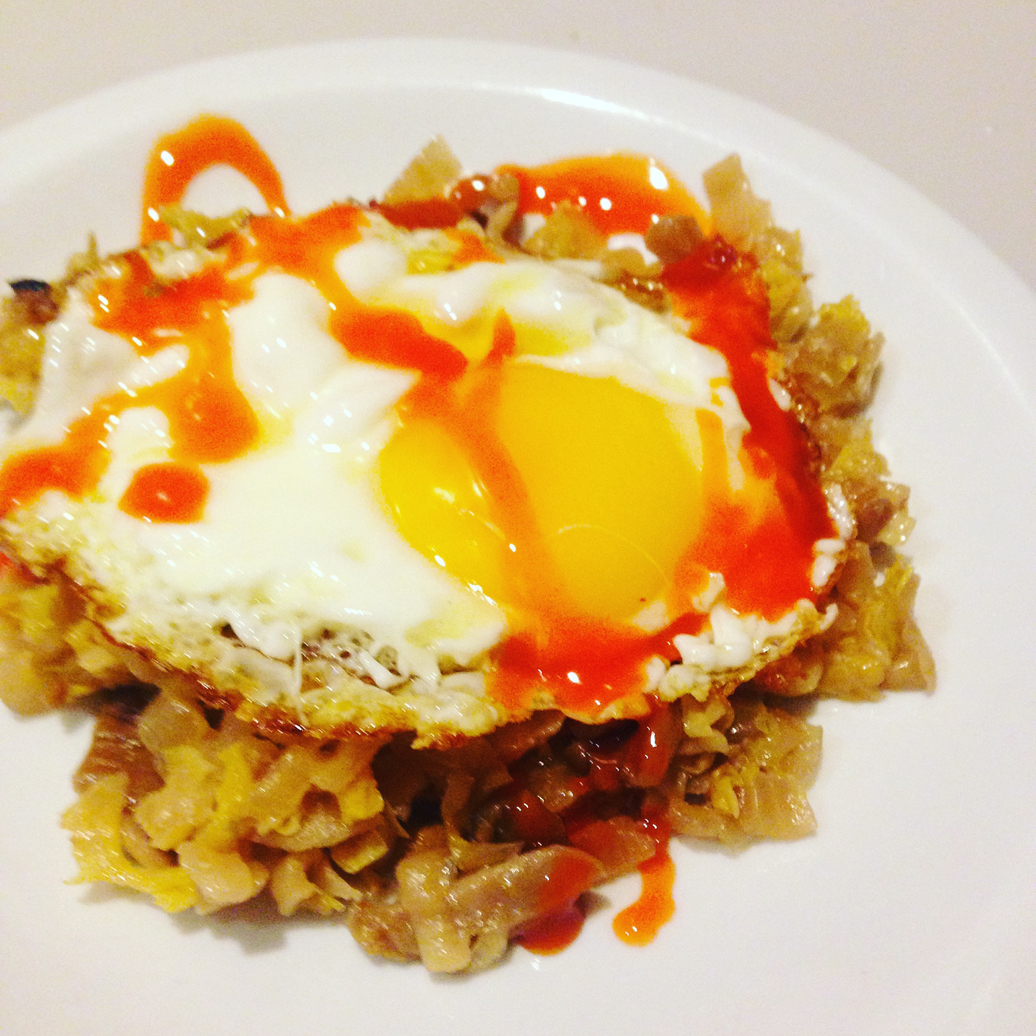 Sauteed cabbage and mushrooms, under a perfectly runny egg and a moderate (for me) amount of hot sauce.

I chopped the herbs finely and whizzed them into a good amount of butter and roasted garlic. I’ll pop this in the freezer and hack off bits in the future to use on roasted chicken or vegetables. 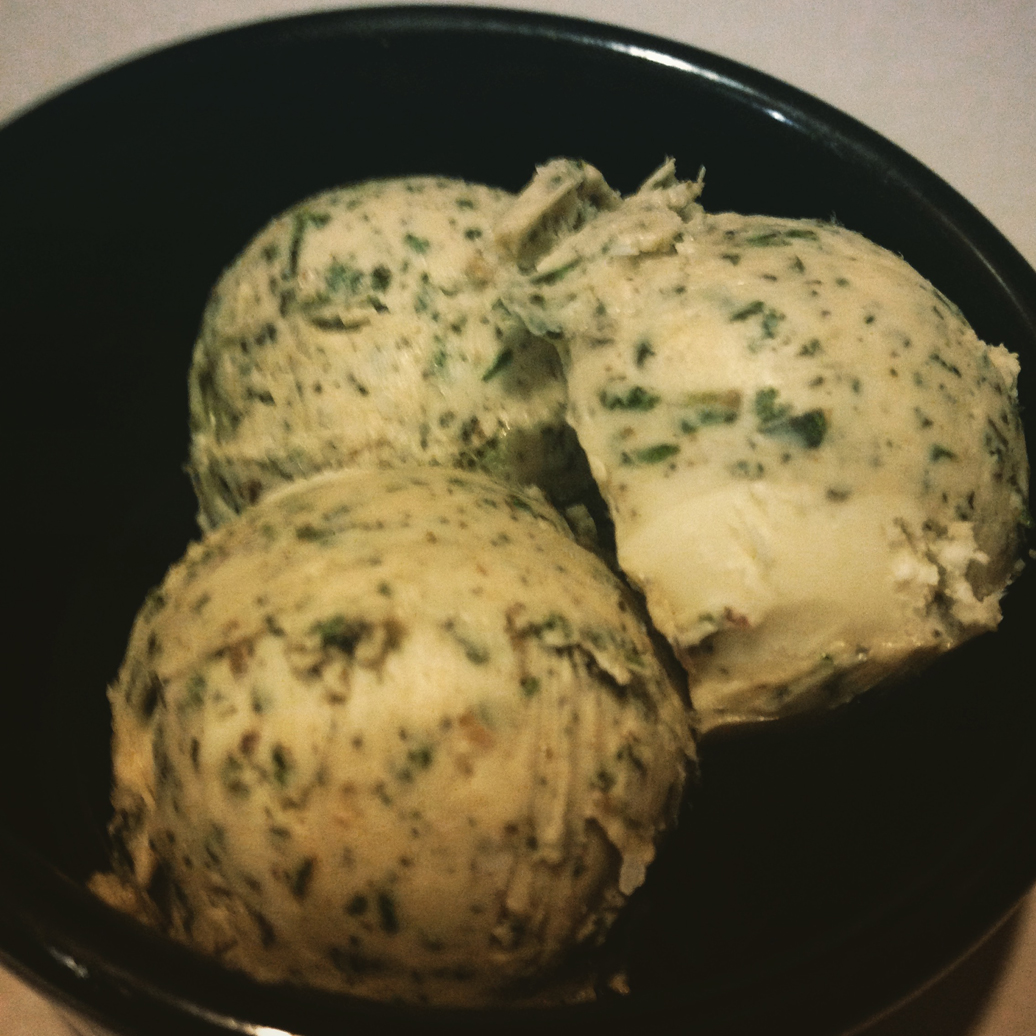 And the apples went into a deliciously moist and boozy cake. 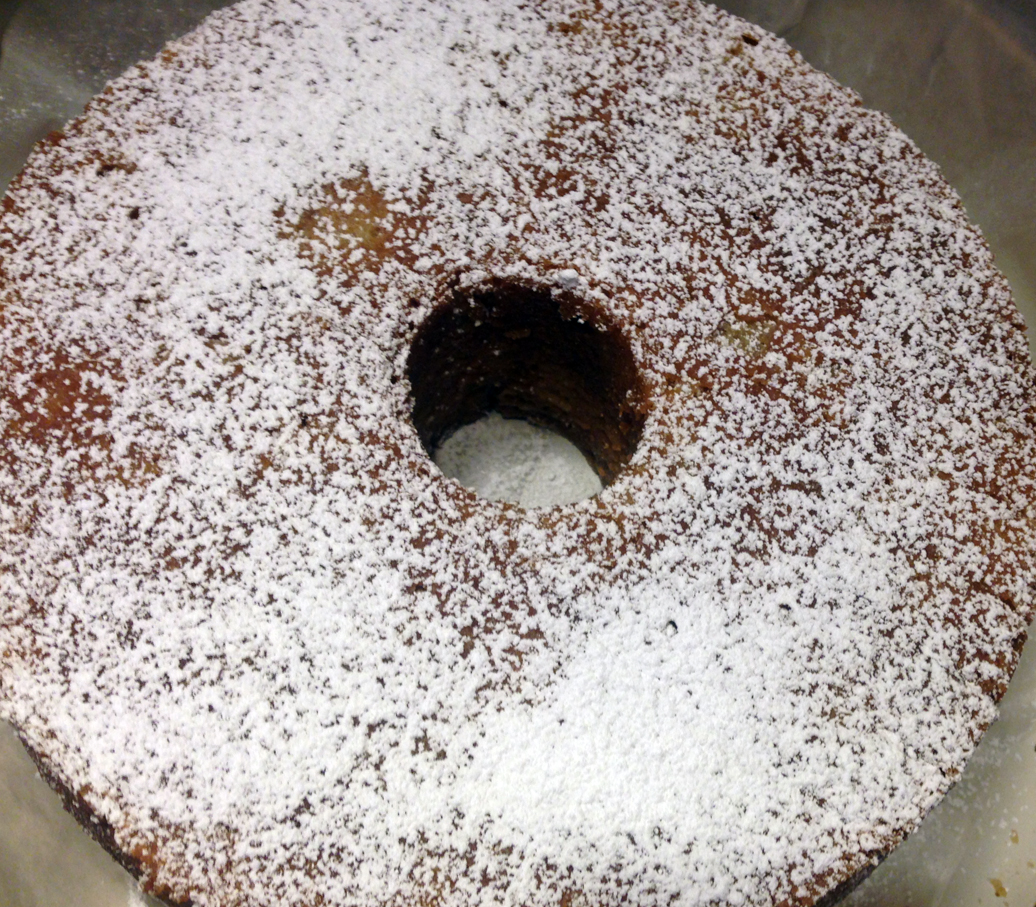 Now, about the title of this post: when I started this blog a gazillion years ago, I planned to call it “Semaphore and Gibberish,” referencing the lyrics of Elvis Costello’s “Pidgin English” from his aesthetic tour de force (and my favorite album of all time) Imperial Bedroom. I remember, upon first hearing the song, that I had to look up “sempahore” in the dictionary (and since it was the dark ages, I had to flip ACTUAL PAGES in a ginormous and faintly odorous book). It was one of many words my relationship with Costello taught me. Ultimately, I decided to title this heap of rubbish with just my name: a wise decision in retrospect because, while I have certainly filled these posts with gibberish over the years, it hasn’t been of the quality to merit an EC-derived moniker.

Fast forward to last week, when I saw the man himself live at the Orpheum in Boston, performing Imperial Bedroom (and Other Chambers). Apologies to those of you who encountered me in the 48 hours after the show; I’m pretty sure I was insufferable in my post-concert giddiness. Suffice it to say that thirty years after I first fell in love with Imperial Bedroom, I now have even more appreciation for the verbal gymnastics and the dizzying perfection of the musicianship. It seems silly, at my age, to have such devotion to one aesthetic statement, but when one looks at the primary artistic influences on my life, it makes a bit more sense.