I am playing catch-up ball with this post, as I neglected to report on the last box. Although this missive will cover two boxes, the theme can be summed up in one word: raw. Summer’s bloody heat has arrived in full force, bringing along its hair-destroying playmate humidity, and seriously curbing my desire to stand over a hot stove. Therefore: salads. Leafy, slaw-y, shaved, chunky, elaborately swathed or simply dressed, because it’s just too damn hot for much else.

I first heard the term “salad days” in a Minor Threat song in the mid-80s (old lady alert!) and thought the connection of leafy greens with youthful exuberance was sooo clever. Several years later I found out that Shakespeare thought so, too, four centuries earlier. Thank you, American public educational system.

The Bard coined the phrase in Antony and Cleopatra, in a speech where Cleo  expresses her regret over hooking up with Julius Caesar:

…My salad days, / When I was green in judgment, cold in blood…

I’m not really one for literary criticism, but I am one for snark. The funniest explication I have seen of this phrase comes from Fowler’s Modern English Usage:

Whether the point is that youth, like salad, is raw, or that salad is highly flavoured and youth loves high flavours, or that innocent herbs are youth’s food as milk is babes’ and meat is men’s, few of those who use the phrase could perhaps tell us; if so, it is fitter for parrots’ than for human speech.

Oh, man: I love Fowler. My personal copy comes from the 1937 reprinting of the 1926 first edition. If you love words, or if you love cranky British invective, track down a copy of Fowler. You will howl with laughter at his acerbic dicta. Take, for example, his gospel on the split infinitive: 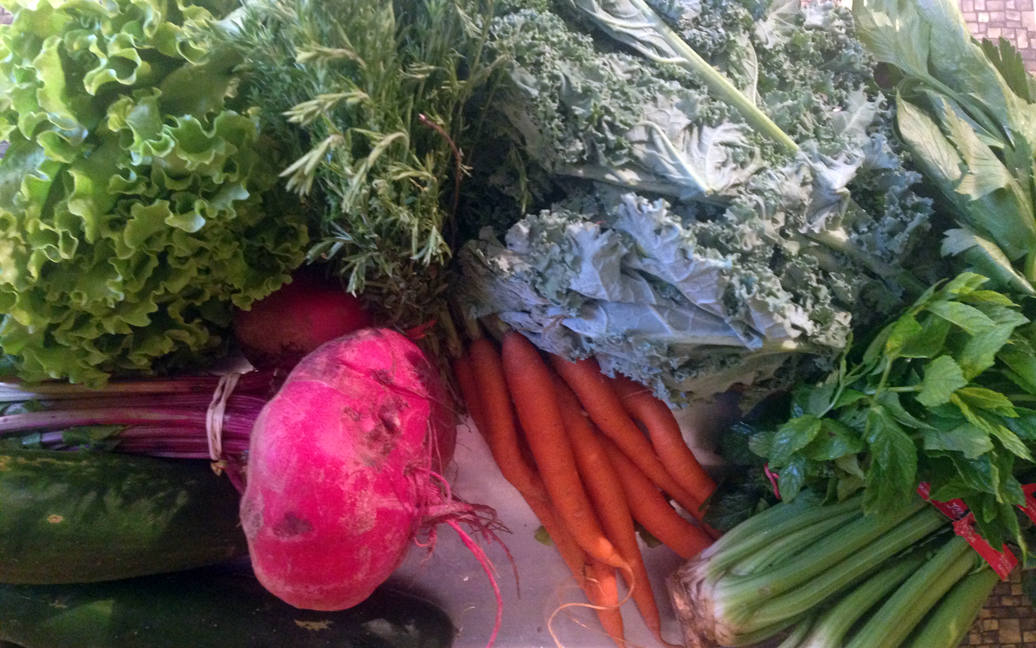 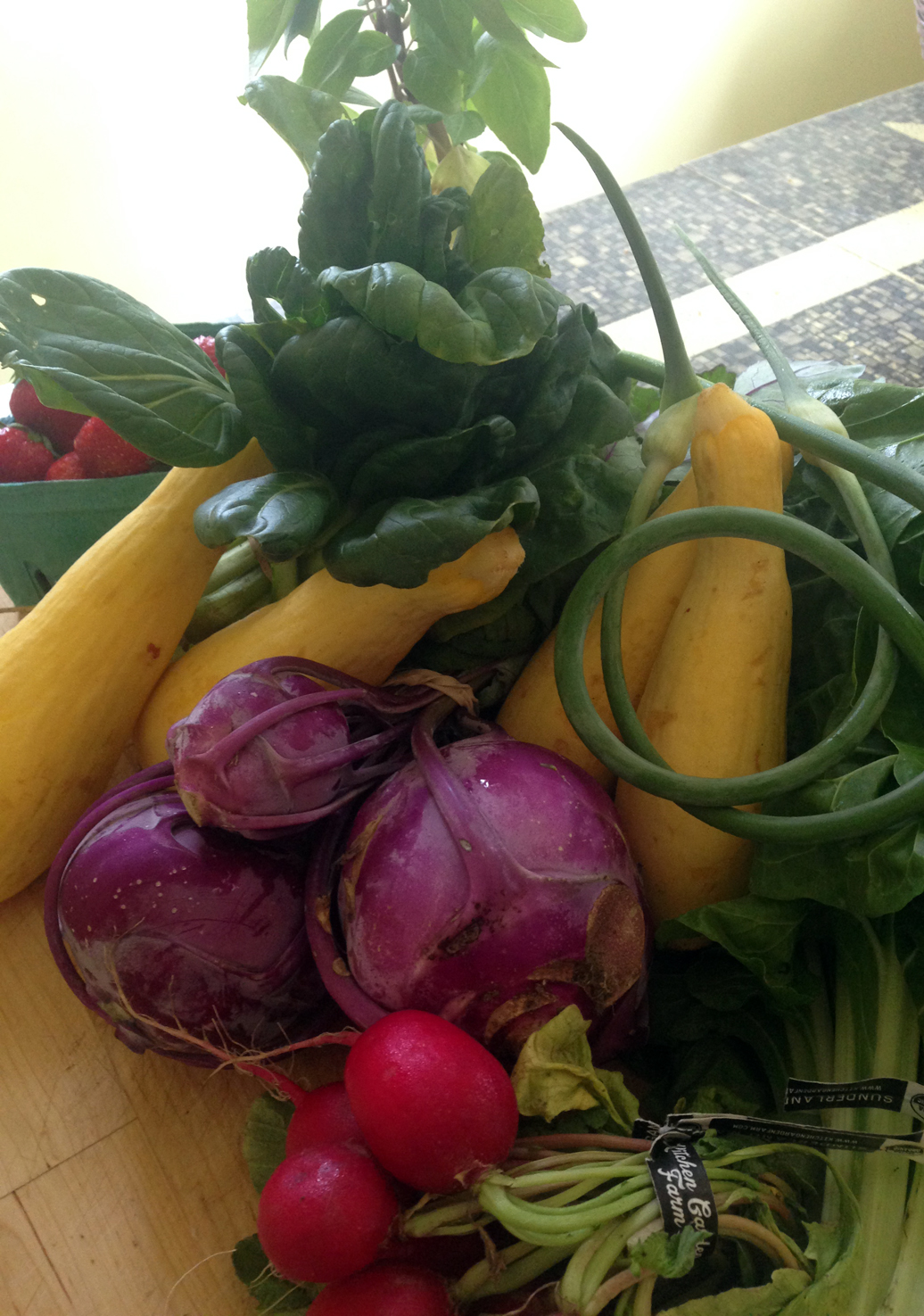 And here’s what I did:

Due to the super-garlicky dressing on this slaw (owing to the garlic scapes in the aioli), I apologize to everyone to whom I gave this. I should have included breath mints. Yikes. 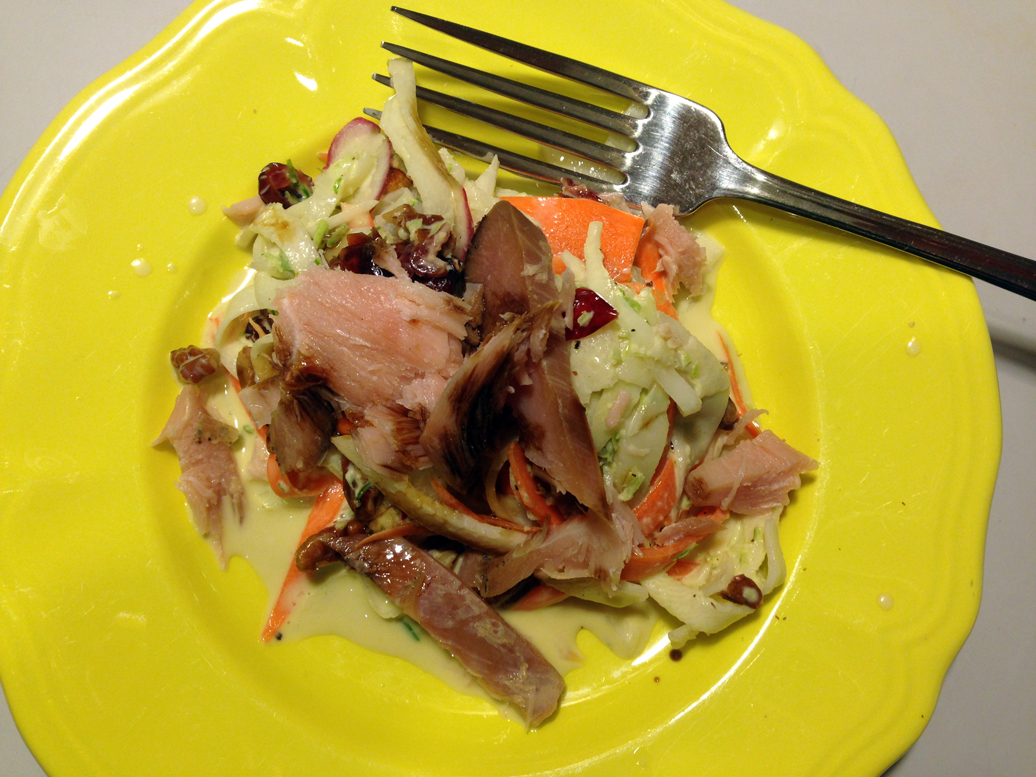 I spied fresh favas at the farmers market, so I sold one of my own kidneys (favas are expensive!) and bought a pound of pods, which yielded approximately 17 fava beans to blanch and peel. I braised them with tomato and garlic and served them over my box lettuce and a piece of salmon. Happily, no one showed up with a liver and a nice Chianti. 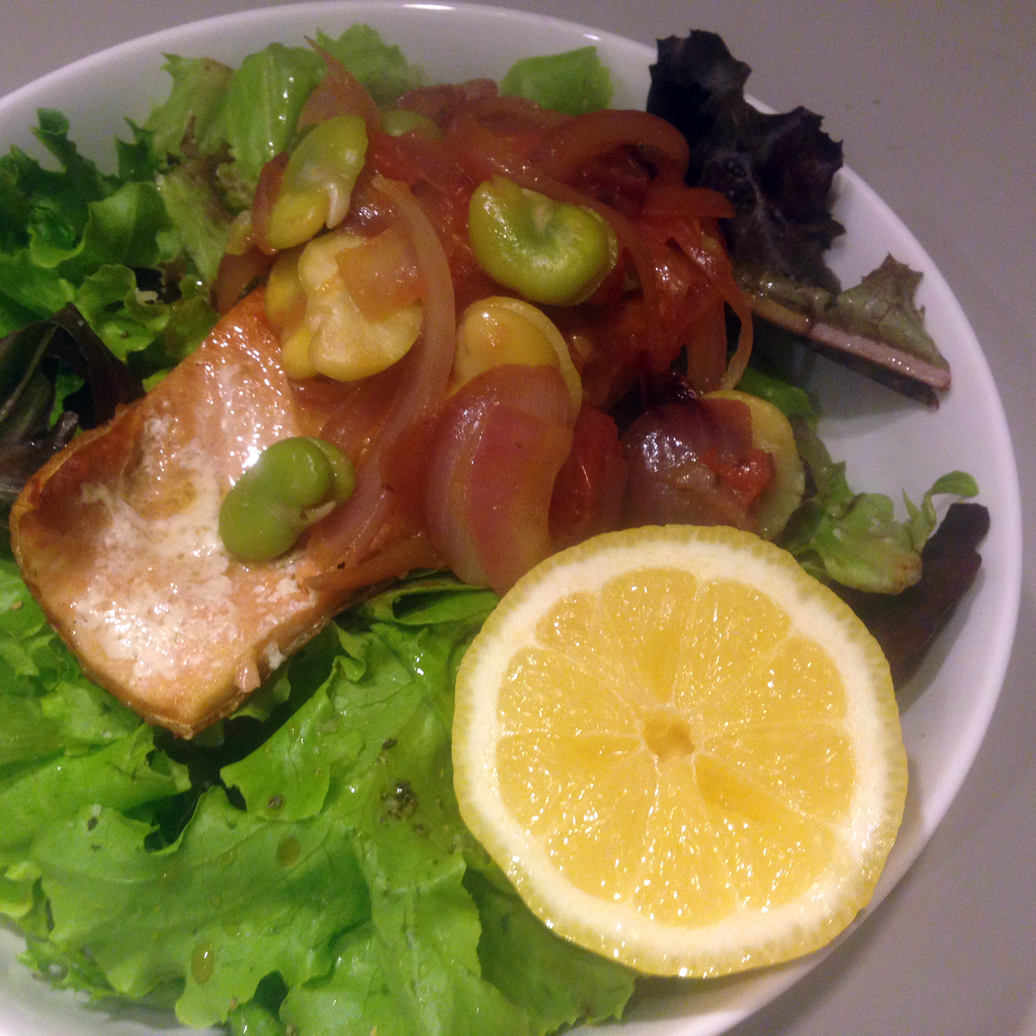 I nicked the recipe for the chickpea and lentil salad directly from Smitten Kitchen, who nicked it from the profoundly delightful April Bloomfield. I added the kale and cukes from the box to freshen it even more. 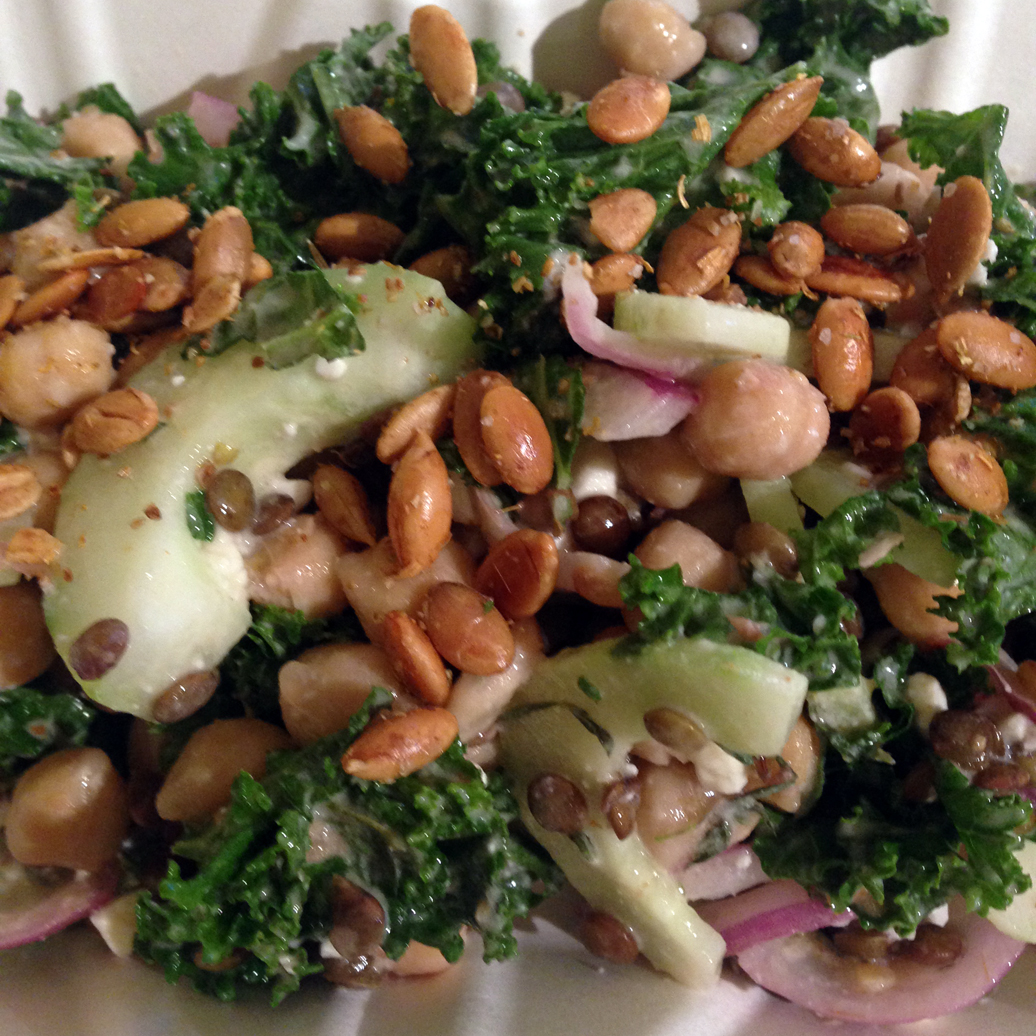 Similarly, I followed pickling genius Cathy Barrow’s recipes for giardiniera pretty faithfully, adding farmers market cauliflower and peppers to the carrots and celery in the box. I made three hefty jars of this and I’m not sharing. #sorrynotsorry 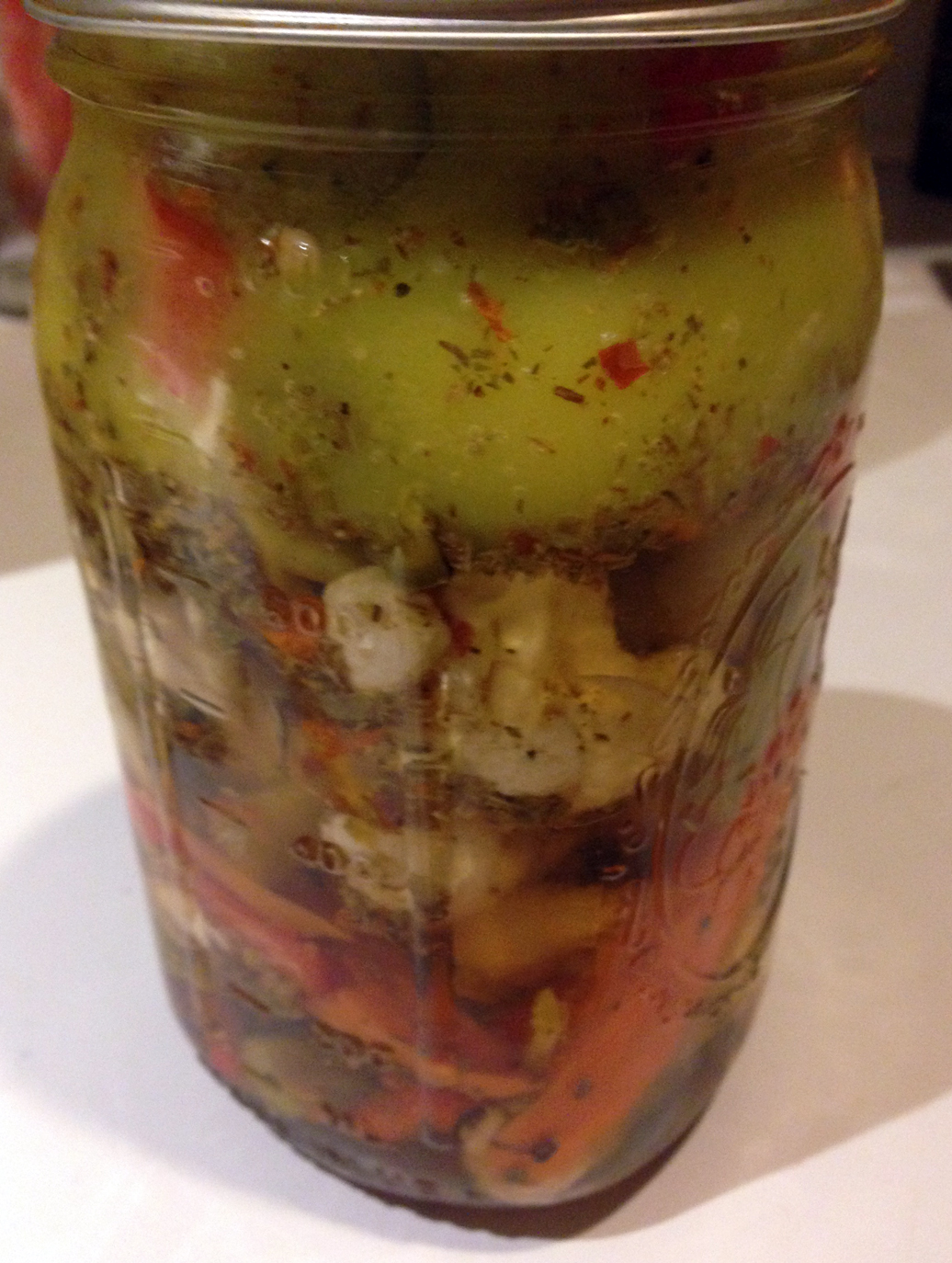 Roasted beets and cucumber jumbled with mango, basil, and mint in a salad that curiously—and possibly disturbingly—resembles rainbow sherbet. 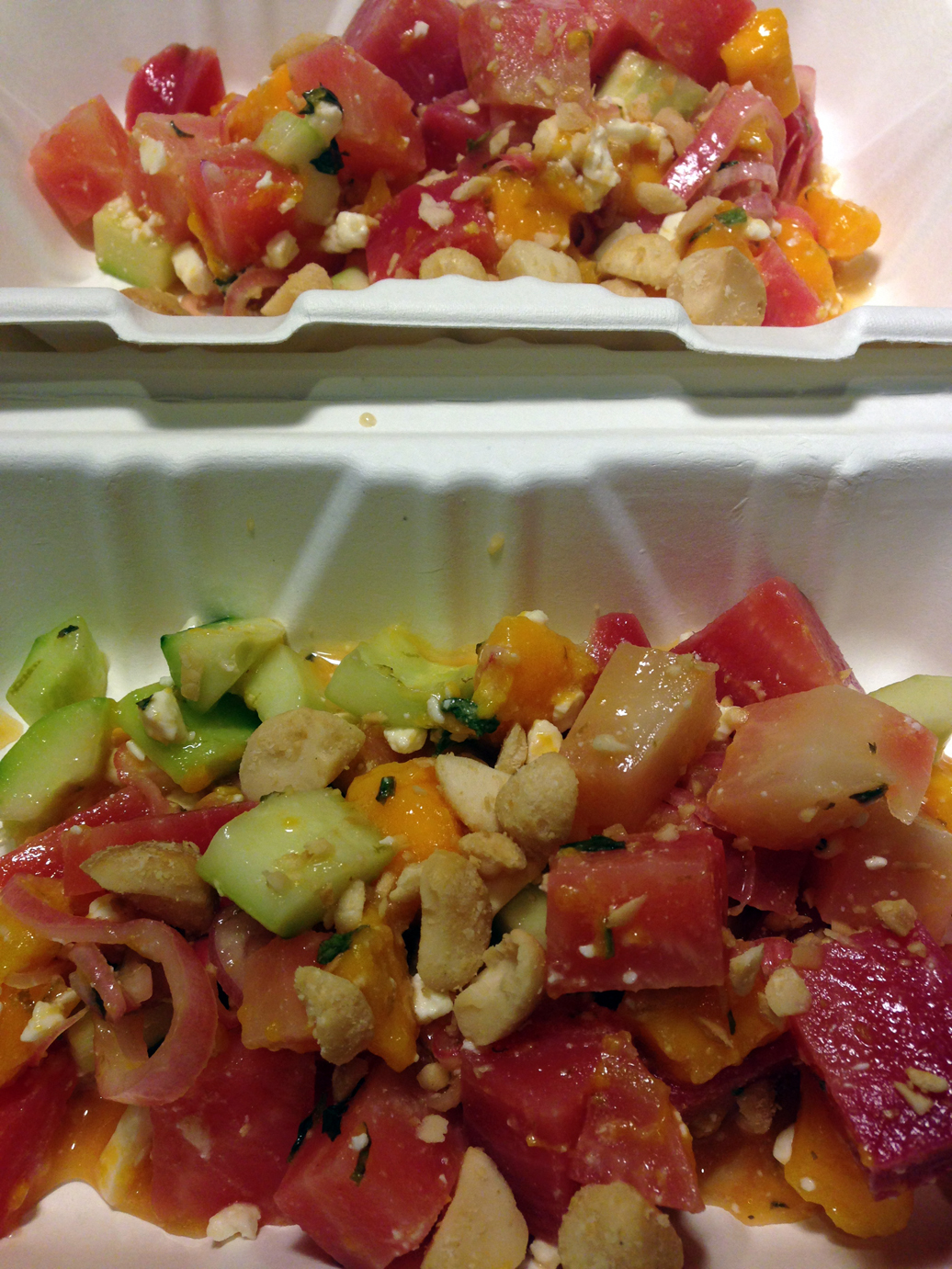 These bizarre breakfast sandwiches resulted from an experiment with 9-grain bread. Although not an epic fail, the bread needs more work for this application. The bacon jam and summer savory omelet were pretty good though.

I did turn on the stove to roast some of the beautiful baby carrots. I am quite batty for a slow roasted carrot, especially if that carrot is bathed in beef fat and sprinkled with flaky salt, as these carrots were. Ate ’em with my fingers, like candy. 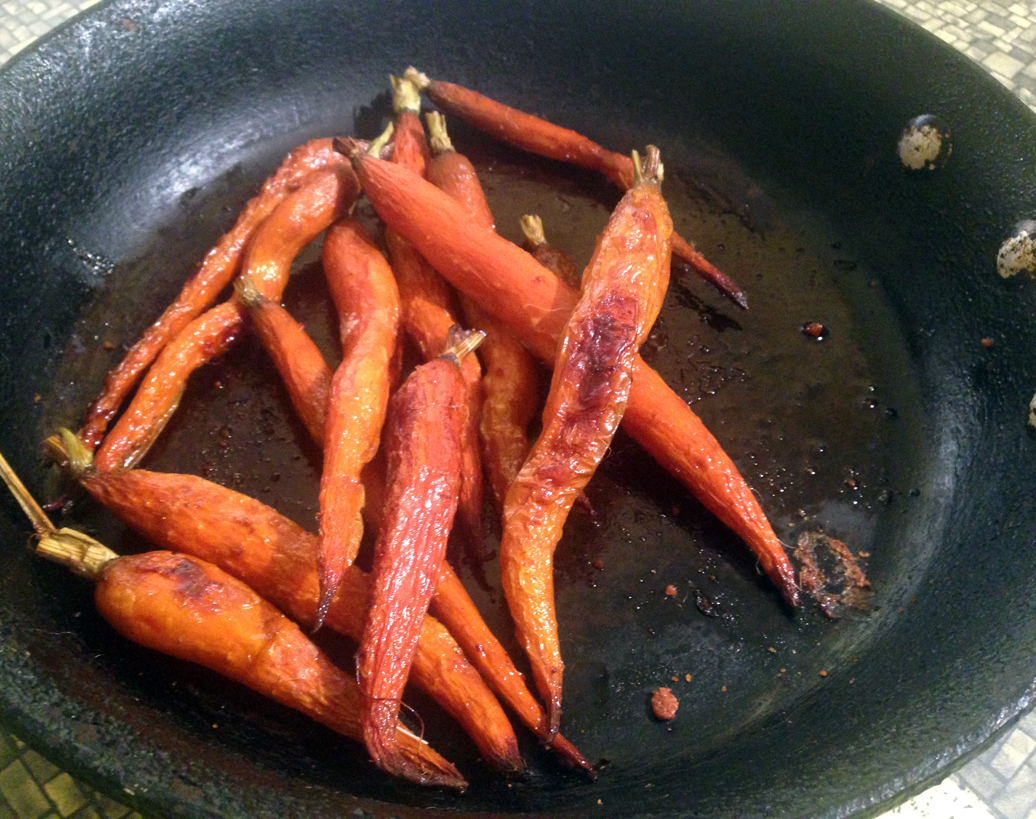 The strawberries became a lovely, albeit wee, birthday tart. 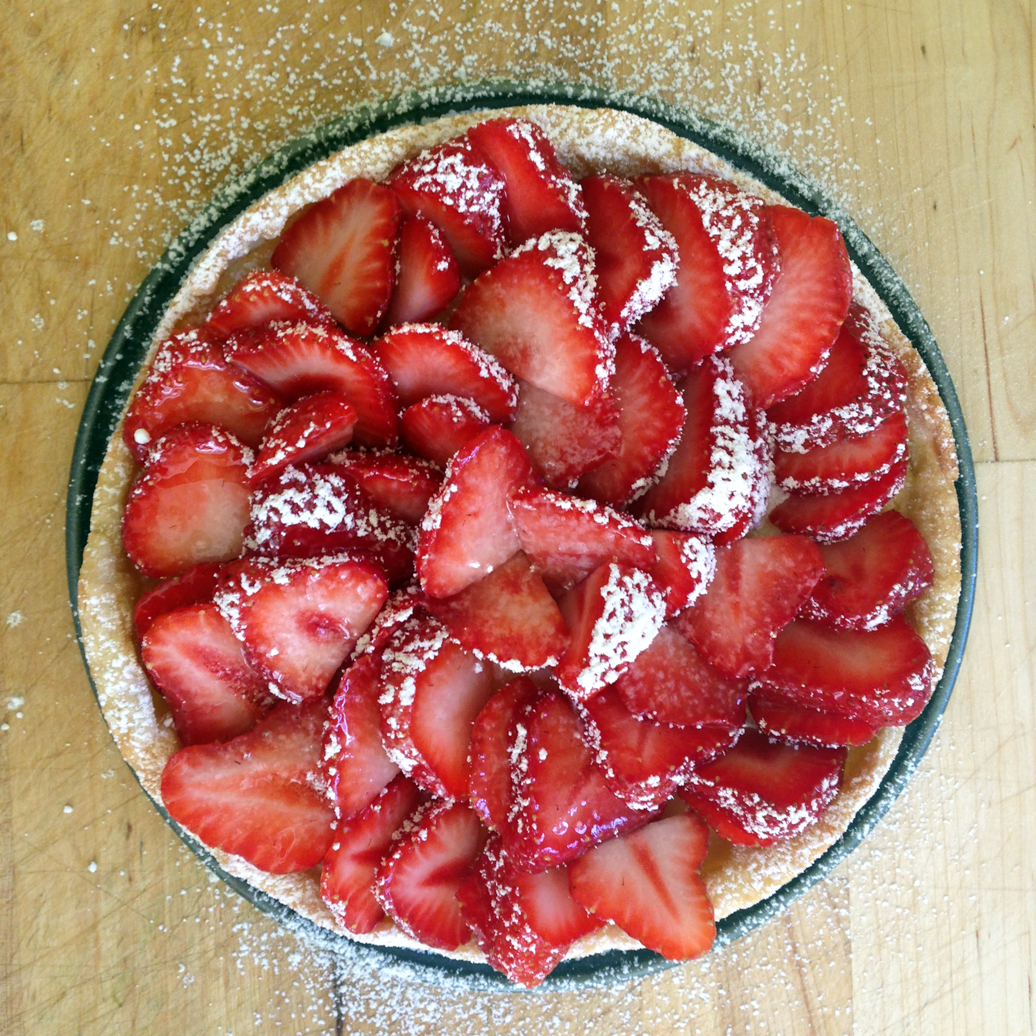 Not shown: some squash tacos and my summer post-workout staple dinner of sauteed kale topped with fried eggs and an inadvisable amount of jalapeno peppers.

And finally, because all of this fantastically healthy food can only do so much for the sake of one’s soul. I offer you a ridiculously decadent, quite hideous chocolate cake, with not one redeeming nutritional quality. 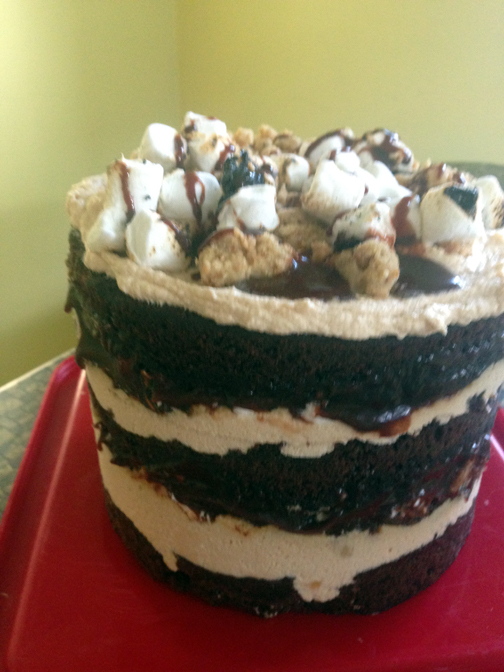 Since my last post and its rather embarrassing meditation on my own lack of achievement (although: For the Love of Spock is available for pre-order now on iTunes; you simply MUST add this film to your collection), I have managed to achieve even less (woohoo: consistency!) and admire excellence even more. During a business trip in Denver, I saw kd lang, Neko Case, and Laura Viers in concert at the truly paradisaical Denver Botanical Gardens. While all three were fantastic, kd lang slayed the crowd with her cover of Neil Young’s Helpless. I’m not really a Neil Young fan (ducks to avoid being hit in the head with rotten fruit), but DAMN: this is a powerful song, rendered even more mind-blowing by the medieval cathedral-quality pipes on kd.

Cogitate on this a bit. You can thank me later.