San Francisco! (Or: The Running Portion of My Vacation) 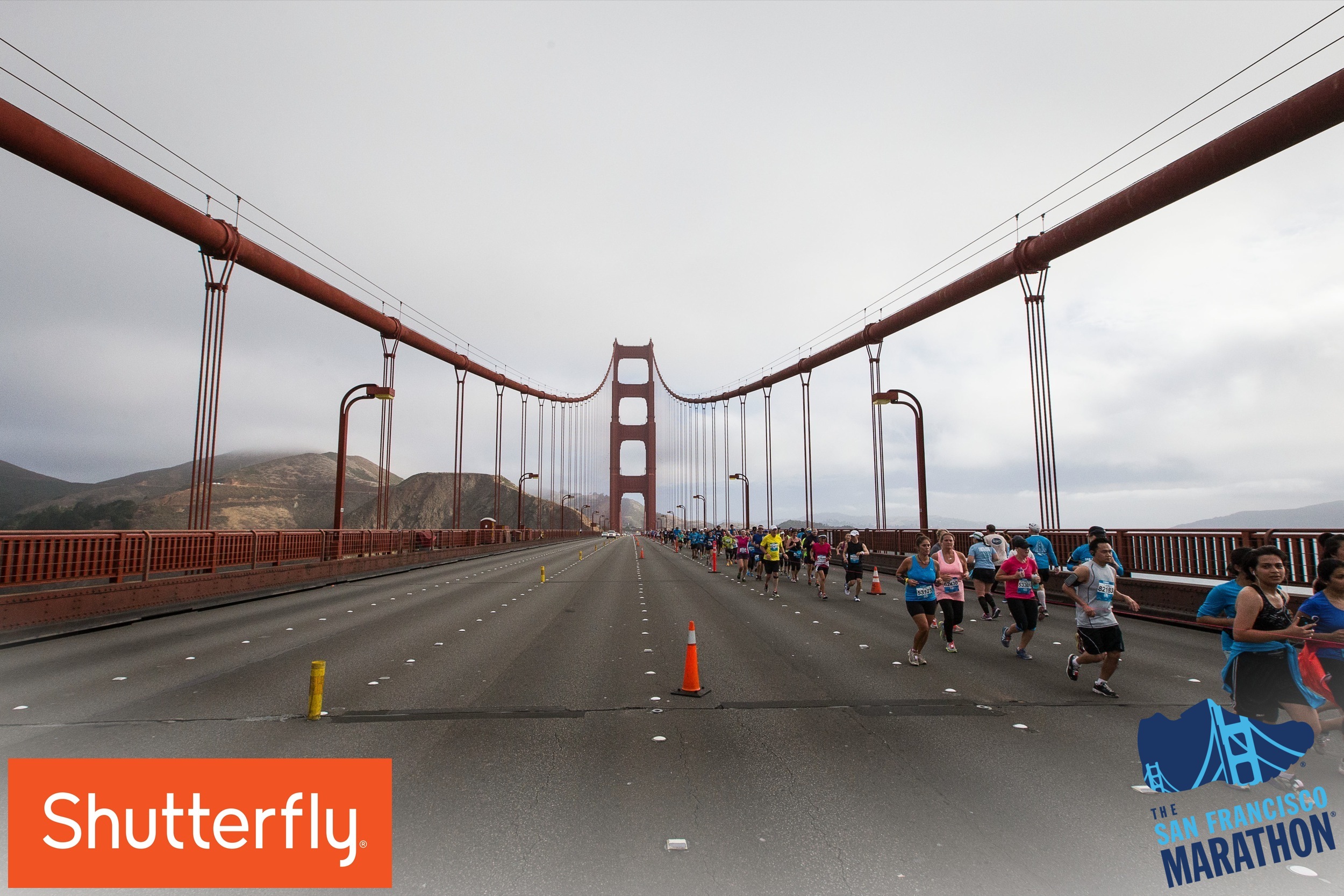 I’m in there somewhere. Photo courtesy of The San Francisco Marathon.

Sometime over the winter, probably on a wretchedly cold and blustery night, our friend Steve (who lives in Edinburgh, by the way), probably influenced by a drink or two, posted on Facebook, “Who wants to run the San Francisco Marathon with me in July?” I, across the pond, also probably under the influence of a drink or two, replied, “I’m in!” I’m assuming that no one here is going to be rude enough to point out that my drinks (and their ensuing influence) were, because of the time difference, approximately five hours earlier in the evening than my friend’s. Right. Moving on.

No sooner had the gauntlet been thrown and entry fee paid, I broke a tiny but important bone in my left foot which prevented me from running, jumping, wearing high heels, or having fun for eight weeks (is it a coincidence that “San Francisco Marathon” and “Stress Fracture, Metatarsal” have the same initials?). With half my training time gone, I scaled back my goal from running the full marathon to the half-marathon.

San Francisco marathon elevation map. Yikes! Look at those hills! Even the half-marathon course is a challenge.

Fast forward to July! We crafted a plan to meet in San Francisco on the Friday before the race, chill and hydrate on Saturday, run on Sunday, and then meet Jay on Monday for several days of wine tasting in Sonoma county (more on that portion of the trip later). I rented a cute Victorian apartment in Berkeley that served as home base and I made my first friend. 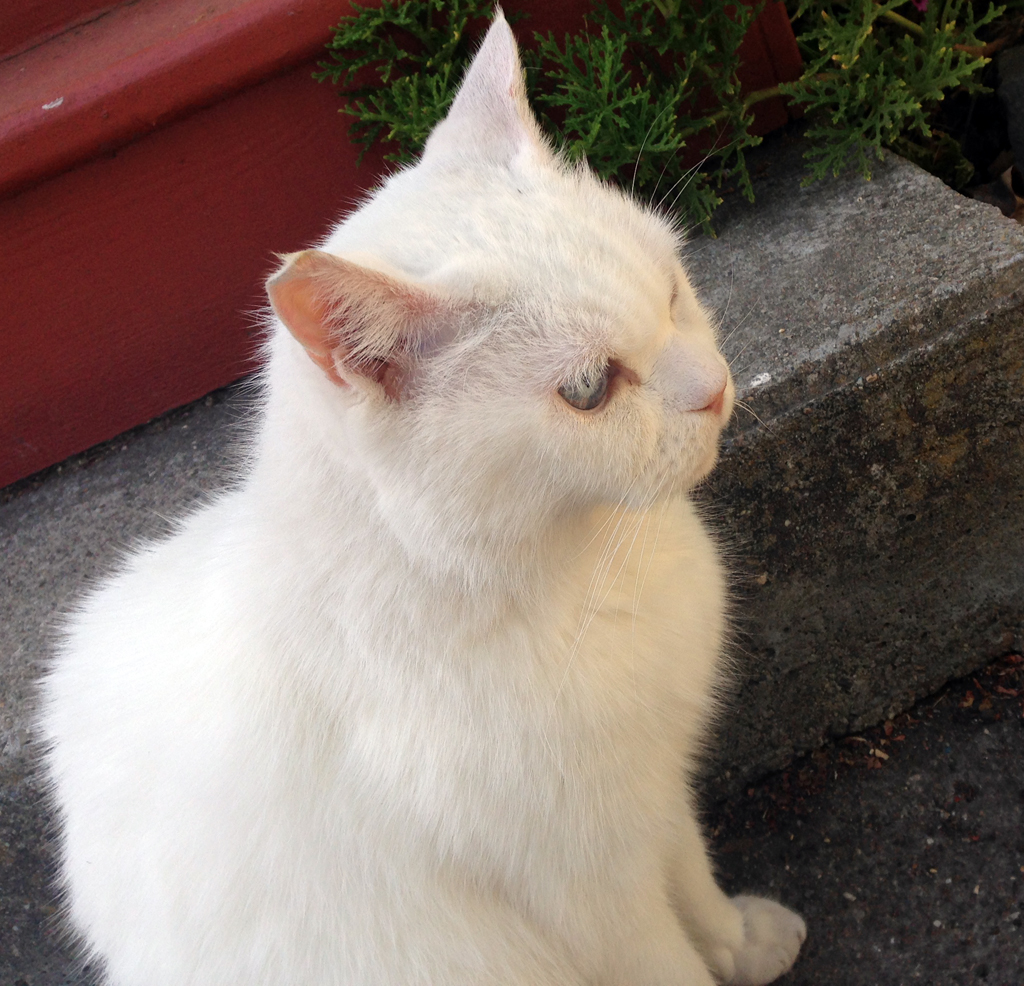 Saturday morning, we headed into the city to pick up our packets. The sun shone, the birds chirped, and 26,000 other runners anxiously double-checked their bib numbers and spent money furiously at the race expo. I bought a pair of stupid-looking, technologically-advanced running shoes that the sales guy promised would take a minute off my mile time and make my butt twenty years younger.

Steve went to meet some UK friends, and I got to explore one of my favorite places in San Francisco, The Ferry Market. Overpriced? Hell, yes. But beautiful? Absolutely! Surrounded by astonishingly picturesque produce and other comestibles, I think it must be impossible to be sad there. 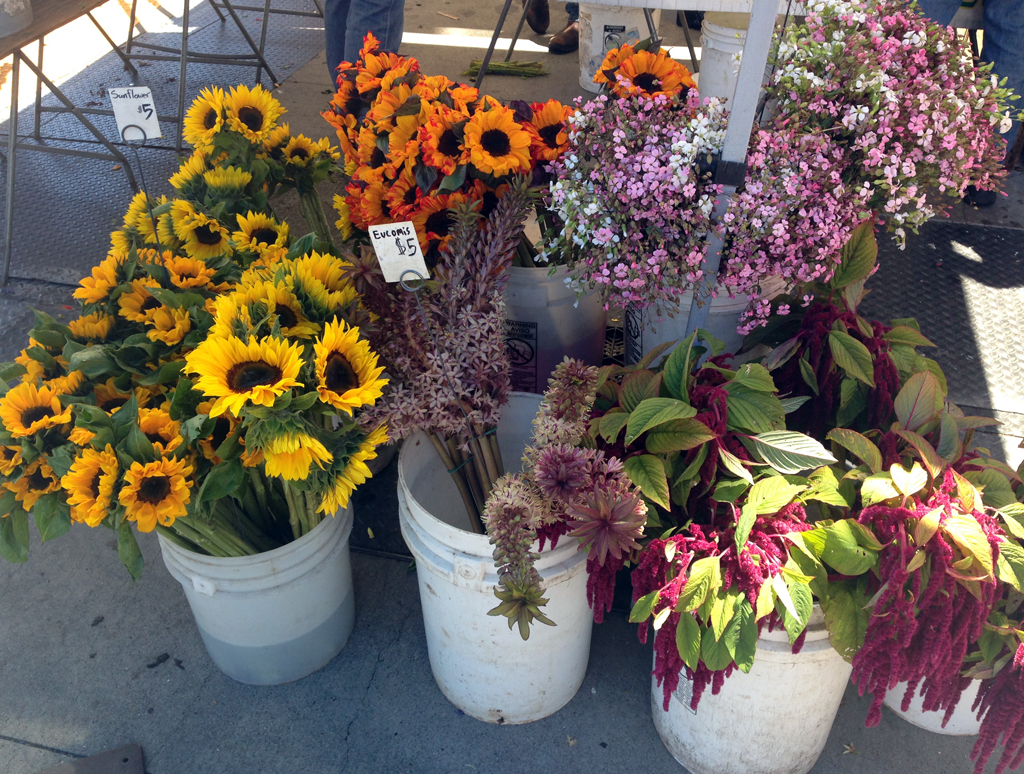 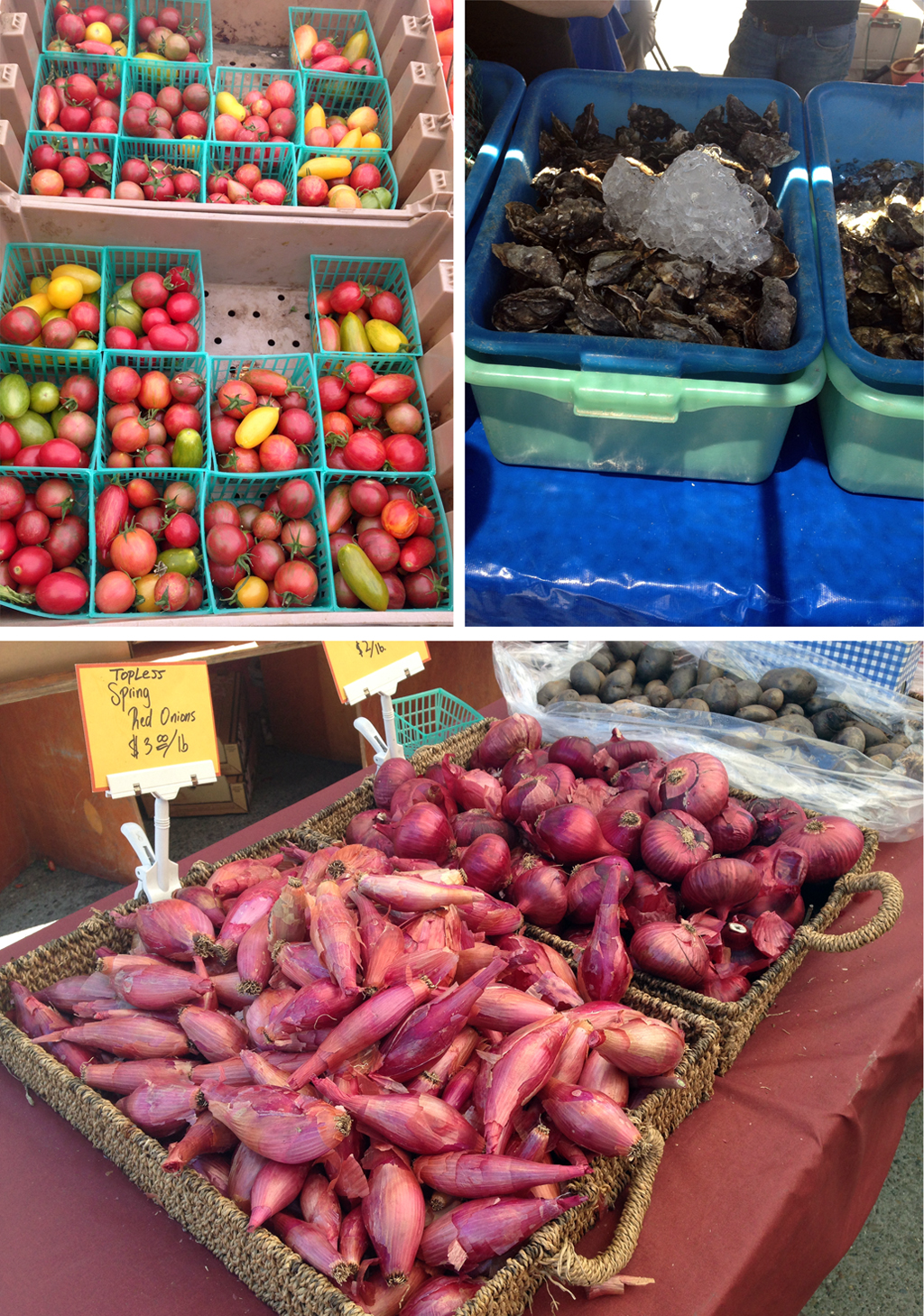 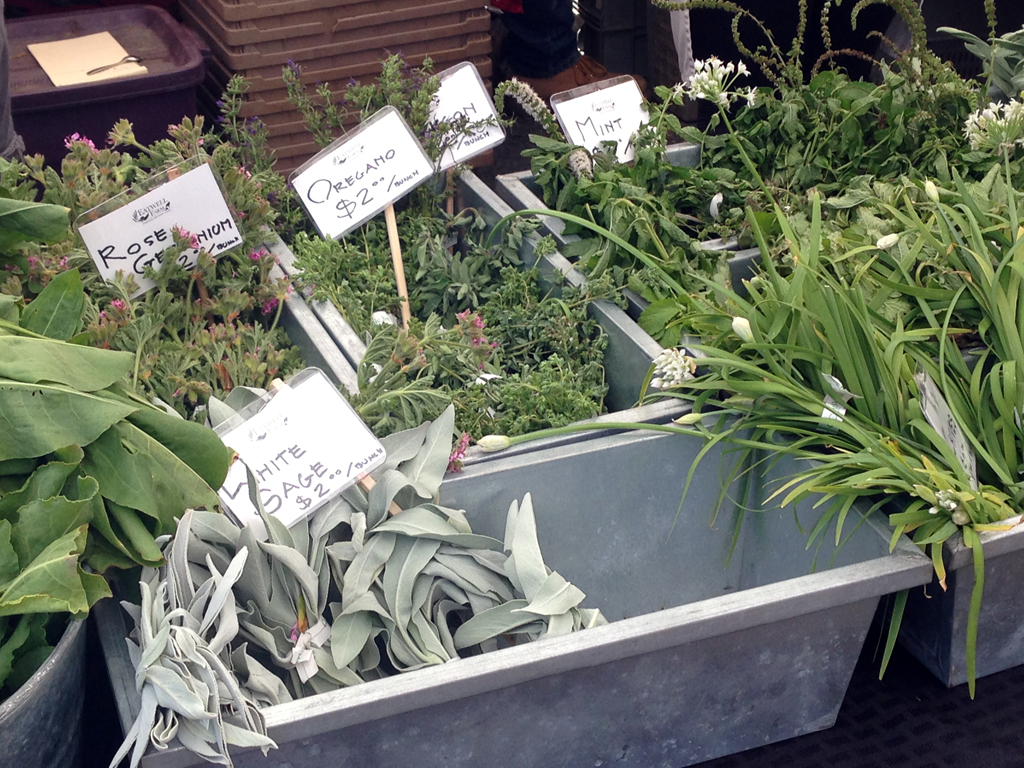 I also got to visit the SF outpost of Rancho Gordo beans. 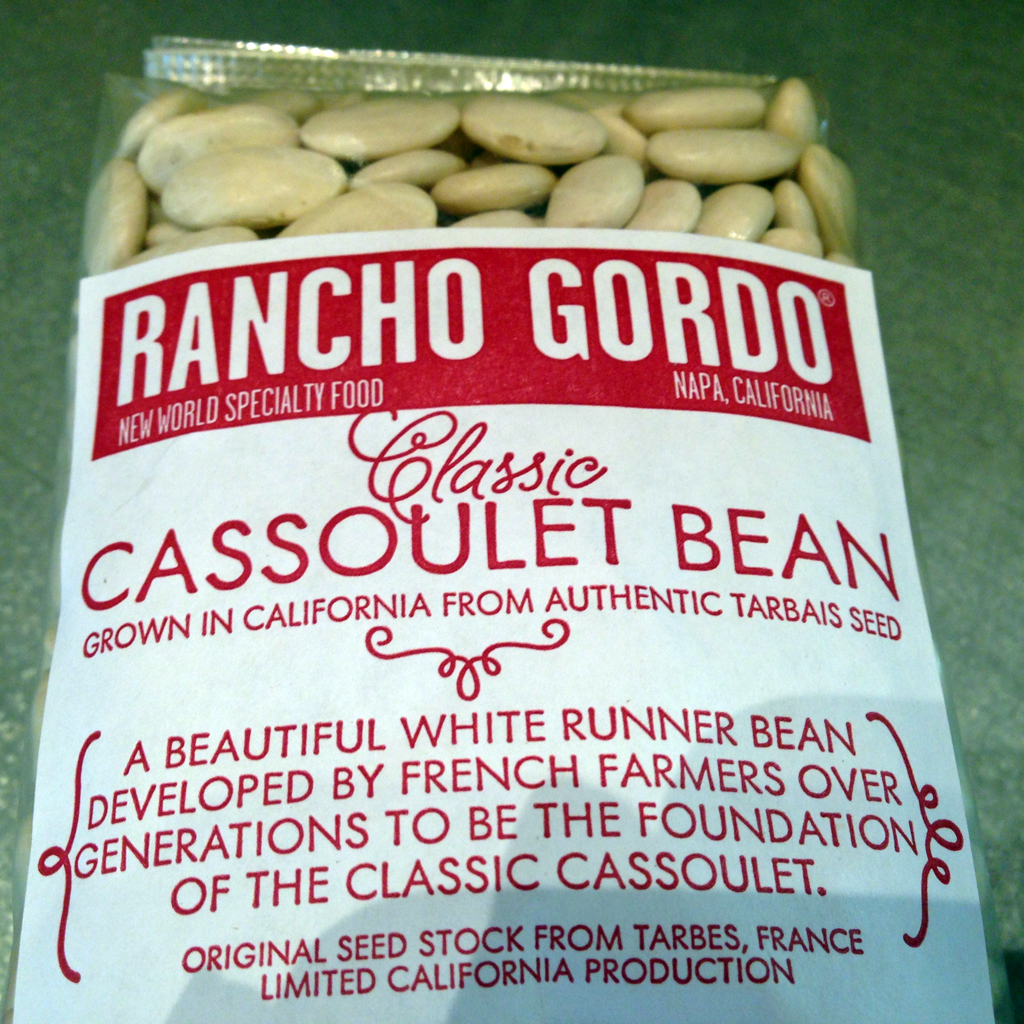 I see cassoulet in our future!

And most importantly, I made the pilgrimage to the high temple of meat, Ryan Farr’s 4505 Meats (you can read me gush about Ryan Farr here, here, here, and here). 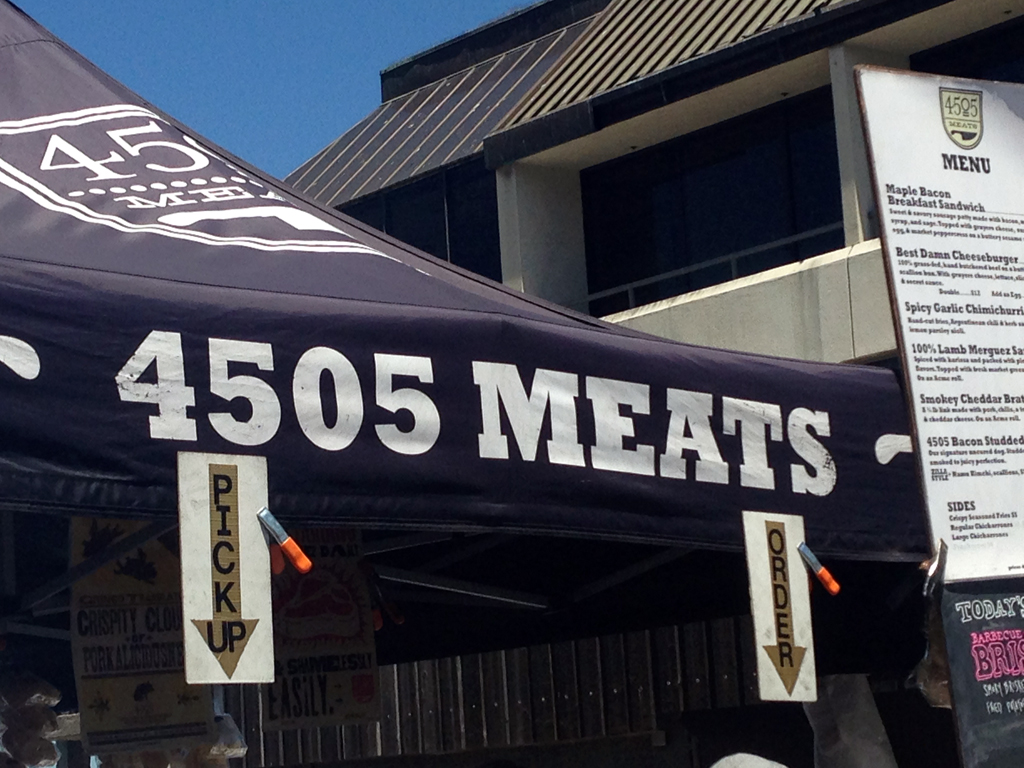 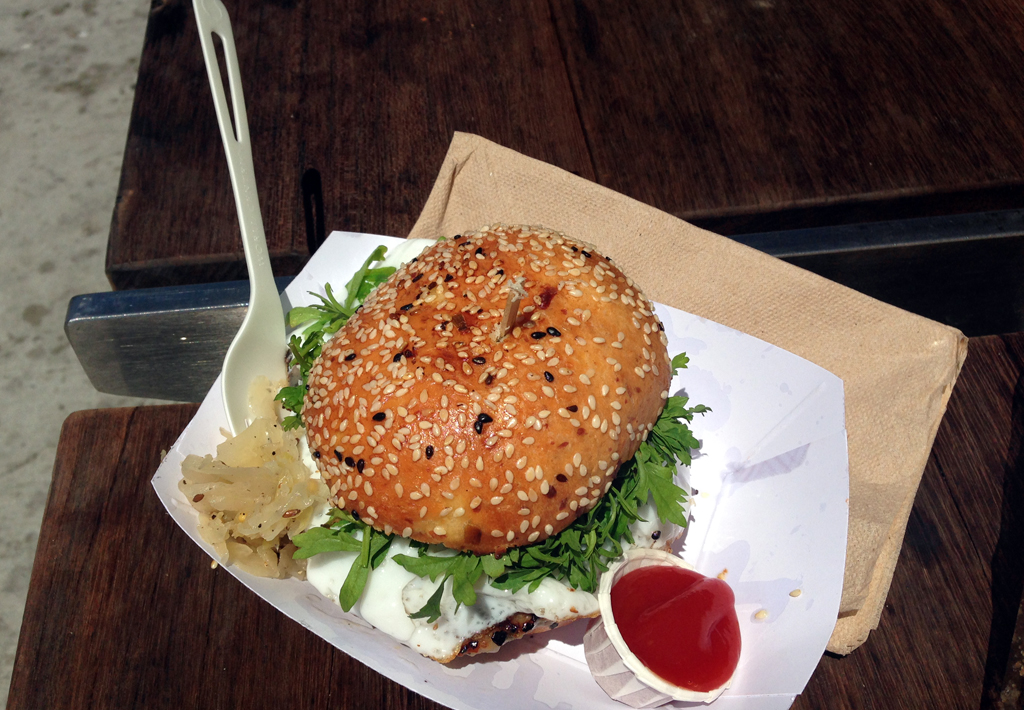 Sunday morning, we queued up in our corral for a dreadfully early gun time of 5:42 AM. The weather was perfect: upper 50s, slightly overcast, not too much breeze. I got a bit teary as we ran over the Golden Gate bridge (and back again) by the grandeur of the moment. I got a bit curse-y going up the leg-killing hill in the Presidio (I got more curse-y coming down…ouch). A nice man gave me a free hug at mile 11 and I crossed the finish line without embarrassing myself.

Steve, well-conditioned youngster that he is, finished the full 26.2 with energy to spare (please, go back and look at that elevation map again and then pick your chin up off the floor). We celebrated with pizza and wine and prepared ourselves for the next challenge of the holiday: conquering Sonoma county!

The day before the race, I took a yoga class with a teacher that annoyed the crap out of me. Seriously: I spent the first 45 minutes of the class talking to myself about what an idiot she was. I stopped my own internal bitching just in time to hear her say, “When we let ourselves get involved with the monologue in our head, we cut ourselves off from experiencing what is happening and what is real.” BOOM. The itty bitty shitty committee in my head went silent. Immediately. That simple statement from a woman I was well on the way to hating gave me a new perspective on the failure I felt sure was pre-ordained during my run.

As a result, I chose this shirt to wear when I ran as a reminder to myself to respect the process and to not be too annoyed that I couldn’t go for the full marathon. I think it kind of temporarily worked! 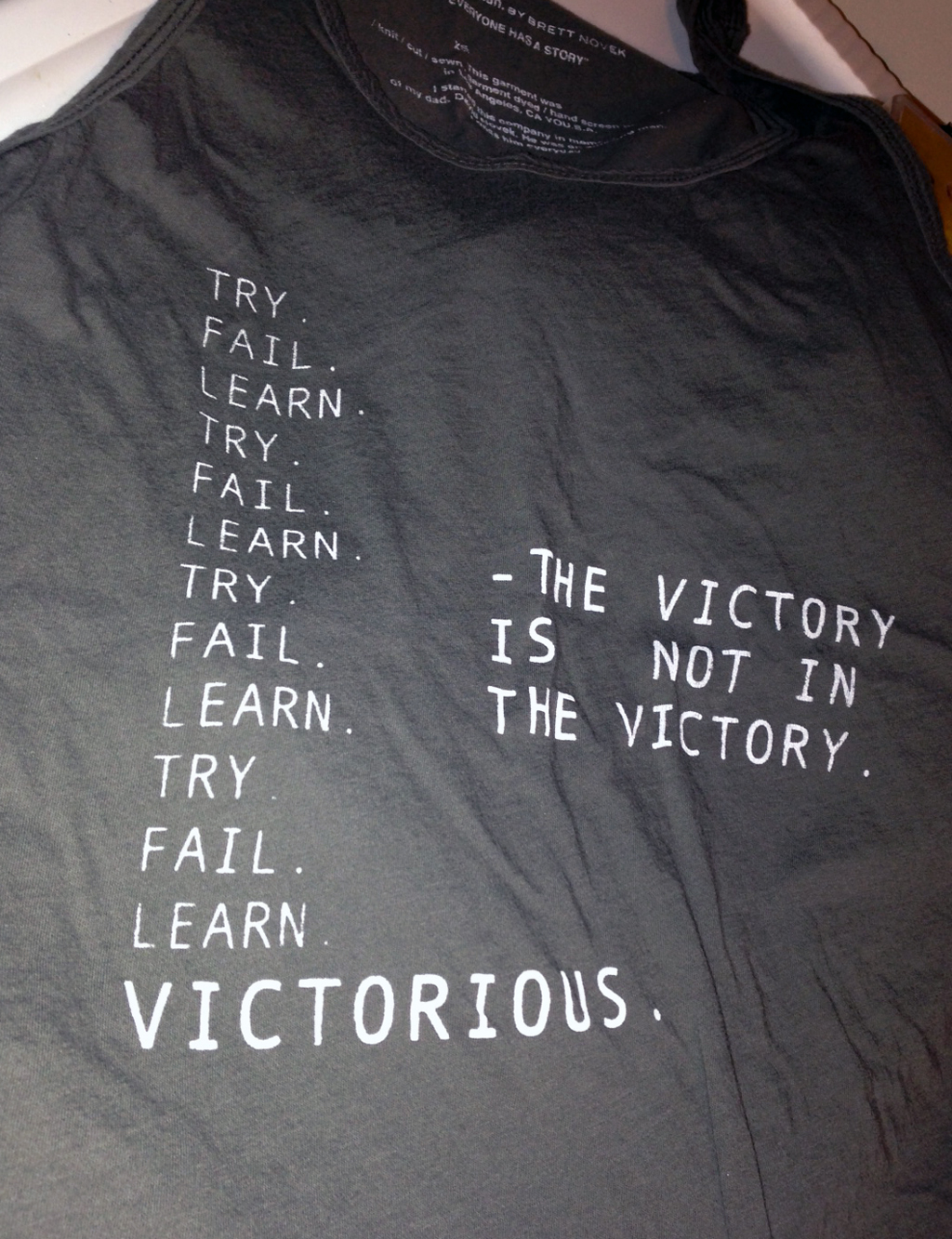 As usual, I had a song stuck in my head throughout the morning. For some reason, Moby (even though he’s a pretentious wanker) came to mind and, thankfully, to my feet and my heart.

3 Responses to San Francisco! (Or: The Running Portion of My Vacation)