Golden Years: Our Anniversary and a Bowie Tribute

The Unit and I recently marked our twenty-eighth year of getting hitched. I don’t ask for any accolades on staying put for almost thirty years because, frankly, I’ve had it pretty easy in this relationship. Despite my multiple complaints about his stick-in-the-mud-ness, the Unit is a pretty open-minded guy. He appreciates a good debate and will concede a point when confronted with a cogent, logical argument. He doesn’t storm off in anger or slam doors. He’s funny, insanely smart, and kind. 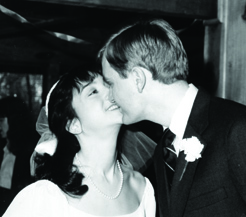 If you know me, and you probably do if you are reading this, you are aware that I am mercurial, cranky, and vindictive. Cynical on a good day; caustic on the others. I let the garbage overflow the bin and I buy a lot of shoes. I’m not a lot of fun to live with (unless you’re a cat: then I’m awesome). Nutshell: The Unit got the short end of this deal.

We never make too much of fuss about our anniversary, coming as it does on the heels of the holidays. No gifts, no parties, but generally a nice dinner—sometimes in, sometimes out—and a lovely bottle of wine. 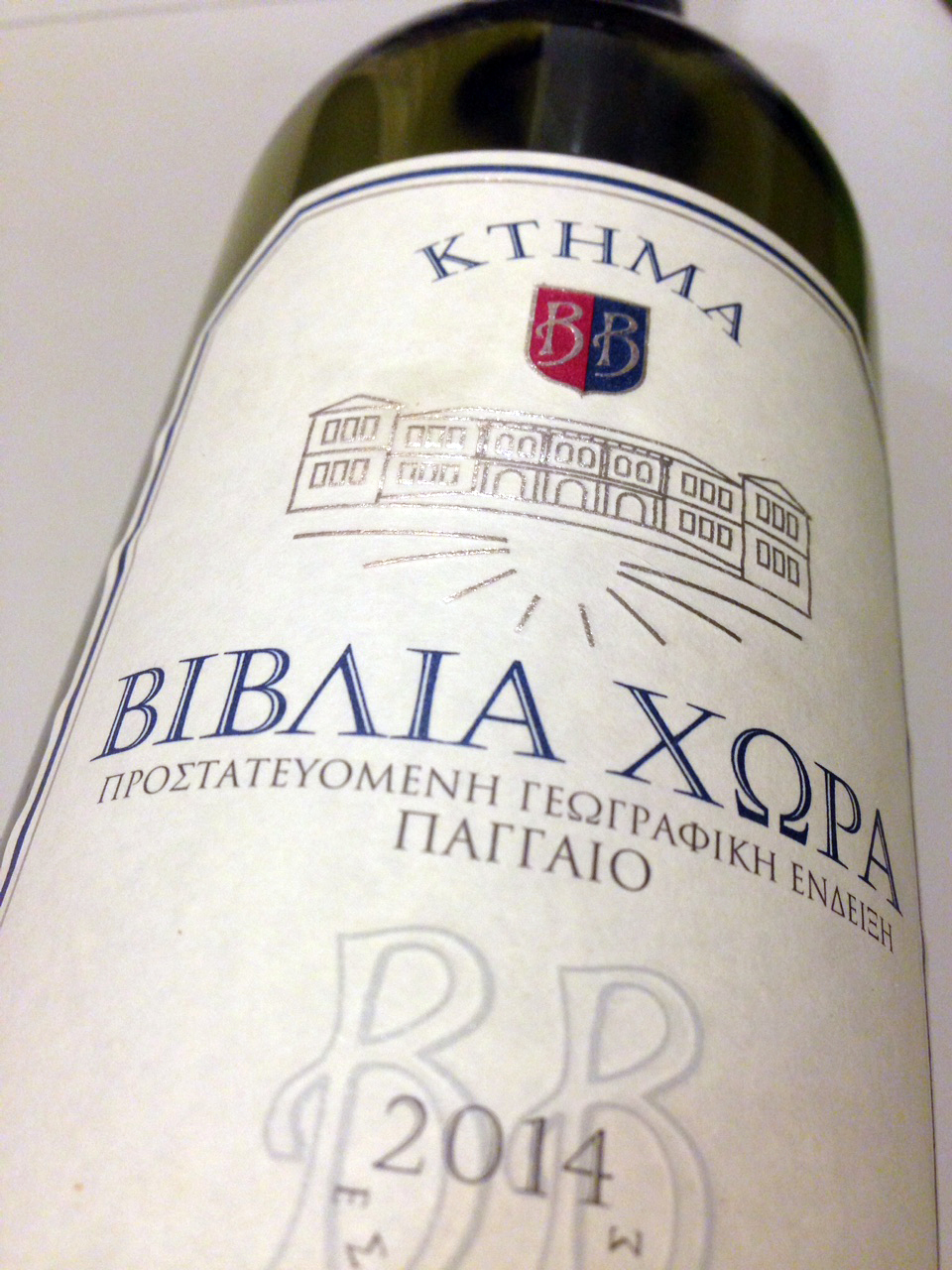 This year we did both. A dinner at home, focused on a lovely and aromatic bottle of Assyrtiko/Sauvignon Blanc that he brought back from Greece this summer. This wine offered powerful SB aromatics of citrus and stone fruit, with a bracing minerality and refreshing acidity. It ticked off lots of boxes on the “Jamie Samons List of Desired Wine Attributes.”

We drank this with hummus and chicken shawarma, and the combination positively sang. 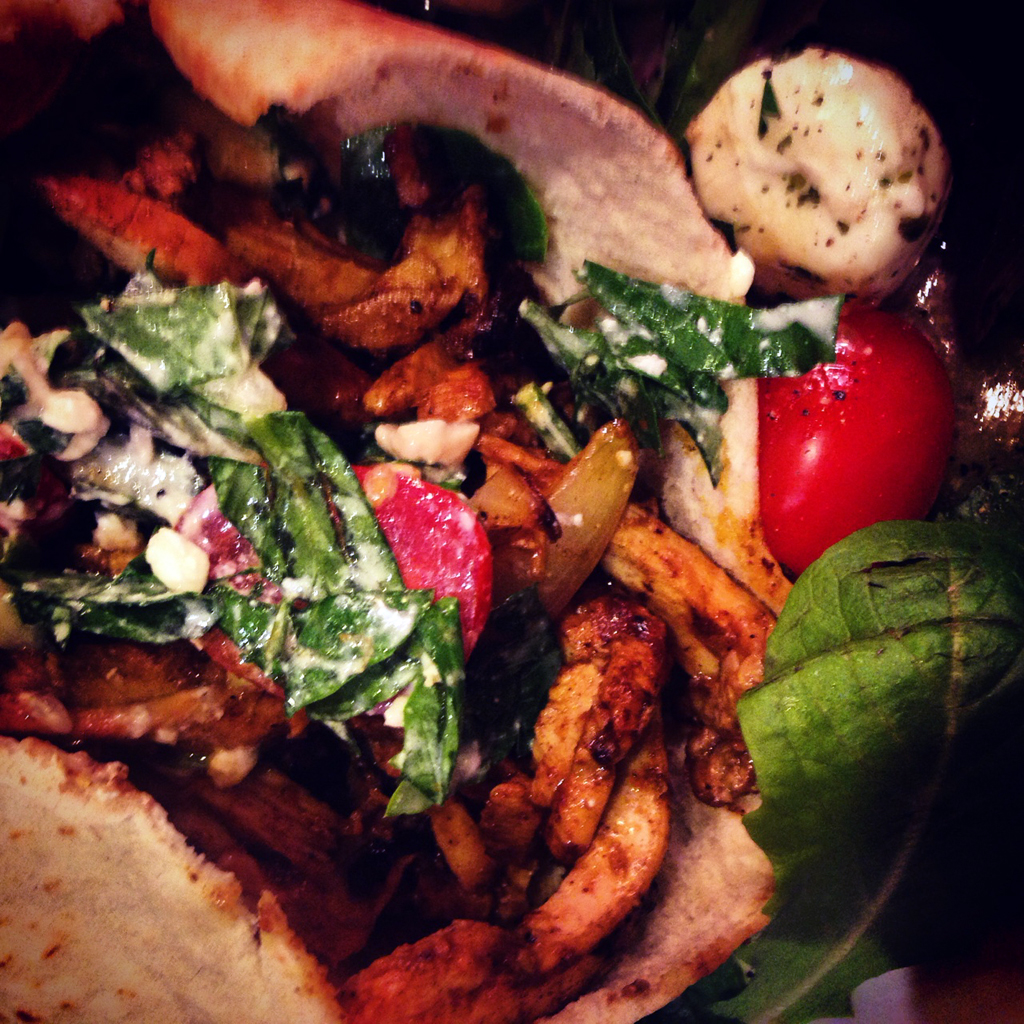 Chicken shawarma in a pita. Not as good as Mamoun’s, but OK considering it was a first try and I lack proper shawarma infrastructure. 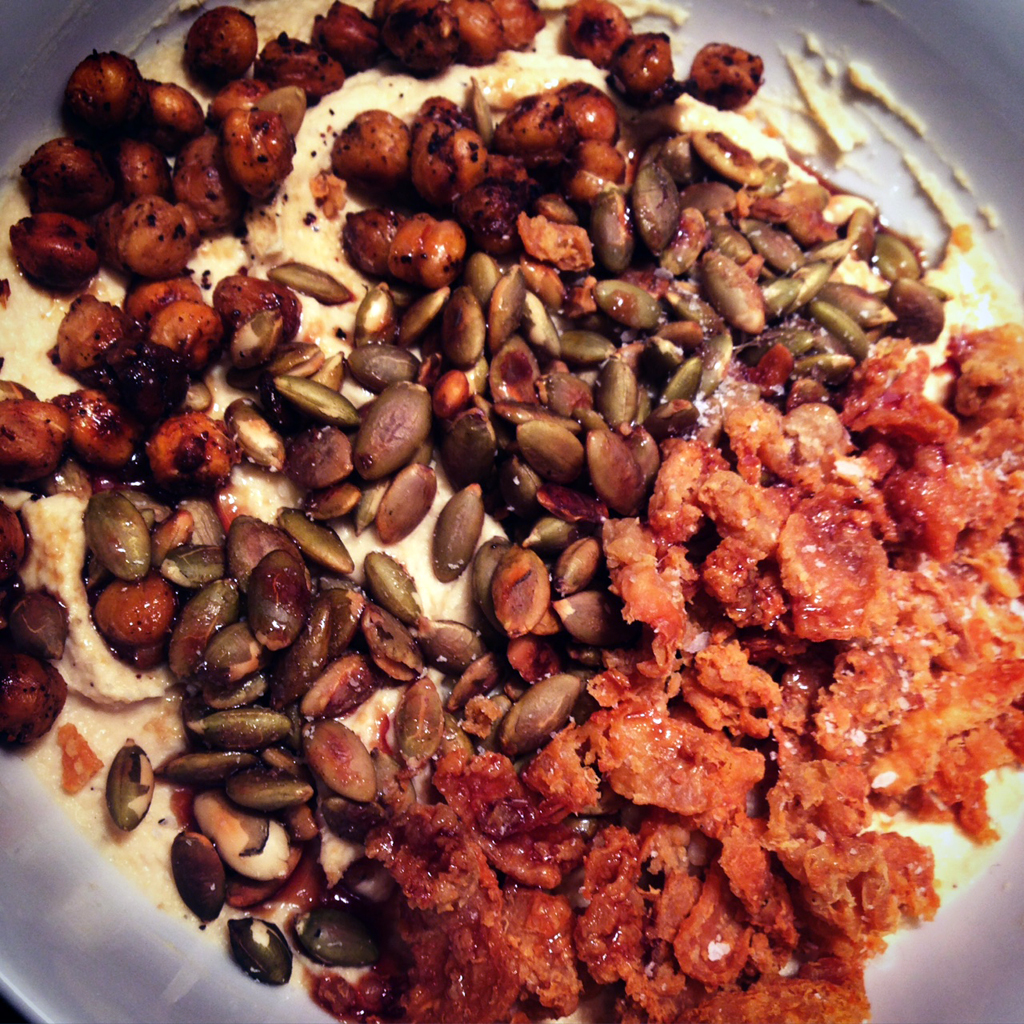 That night we also watched a favorite Star Trek episode, “City on the Edge of Forever,” a classic featuring a young and altruistic Joan Collins, decades before she donned her signature Dynasty shoulder pads.*

*When The Unit and I first married, he was shocked to learn that I had never seen the original Star Trek, so we spent the first eighty days of our wedded life watching the oeuvre (seventy-nine episodes plus the pilot) on our ratty rabbit-eared TV. “Amok Time” is still my favorite. 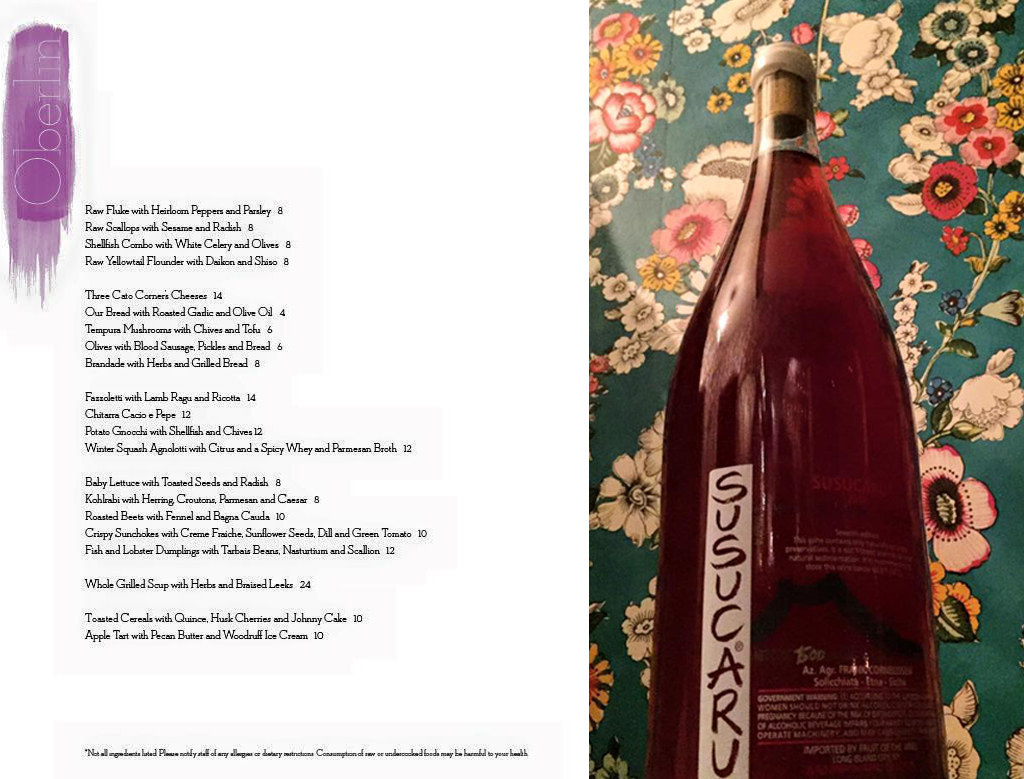 Photos courtesy of Oberlin. I can’t say it enough: go eat this food and drink this wine (or any wine on their menu: they’re all fantastic).

The next night we betook ourselves to Oberlin, the inspired new restaurant from Heidi and Ben Sukle, who also brought us birch. We feasted on raw lobster, roasted beets, pork sugo with hand-made pasta, roasted scup, and a deliriously good apple tart. Basically, if something is on the menu, I urge you to eat it. Chef Ben has obviously sold his soul to the devil to create such stick-in-your-head-for-days deliciousness and Heidi has created an atmosphere that is at once fantastically comfortable and seamlessly elegant. The wine list boasts dozens of gems, including the above-pictured gloriously bizarre and funky rosé, which co-ferments red grapes and white grapes, bringing some real tannins to the glass. It’s cloudy (all natural!), tangy, and a real stand-up partner with food. It’s also of limited quantity, so get into Oberlin to try it—and everything else—soon!

The day we dined at Oberlin was also the day we learned of David Bowie’s death. Like many Bowie fans, I always appreciated his weirdness, his “aesthetic promiscuity” (his words), and his panache. In these days of manufactured pop stars, adolescent lyrics, and auto-tuned everything, Bowie’s genius stands in stark contrast. 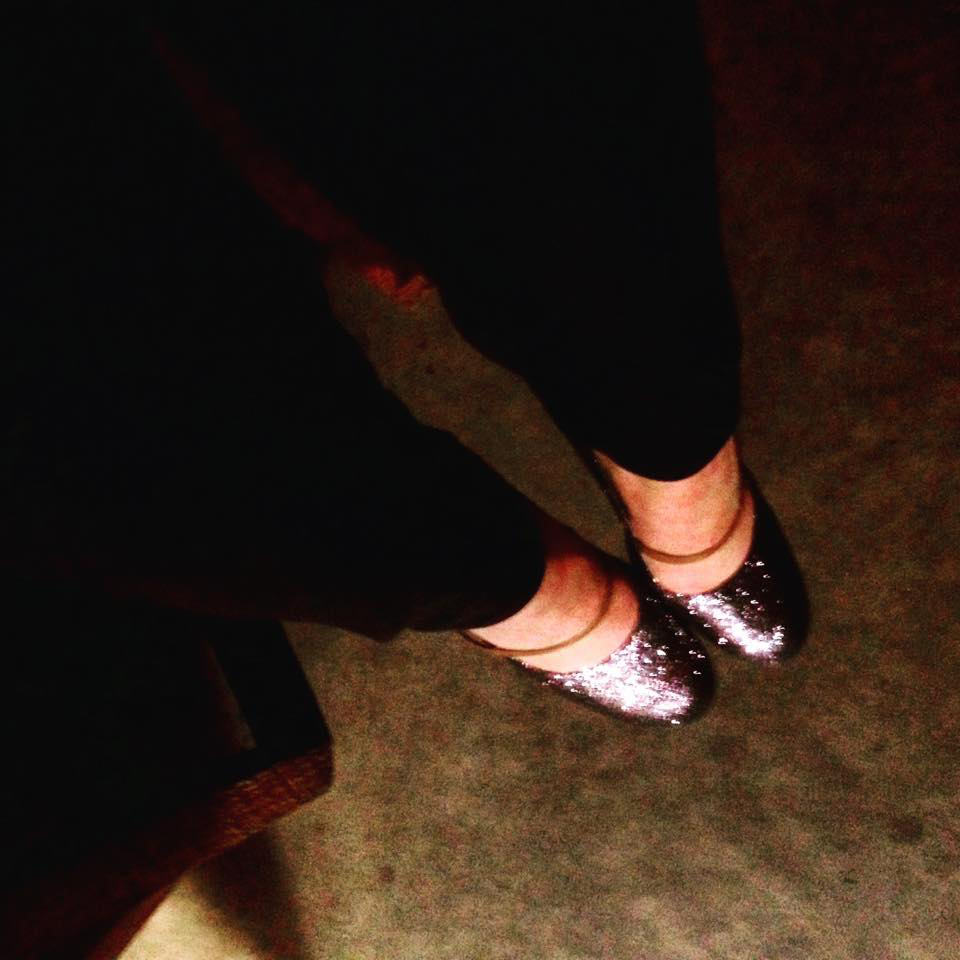 To draw a connection between the two nights of anniversary celebration, in “City on the Edge of Forever,” the Guardian of Forever tells Kirk and Spock (Starman!!), “Many such journeys are possible. Let me be your gateway.”

Bowie, also, was a gateway.

The etiquette cognoscenti designate every anniversary between 25 and 30 as “silver.” I’m going to take a detour and declare this one golden.

Don’t let me hear you say life’s taking you nowhere.

One Response to Golden Years: Our Anniversary and a Bowie Tribute