I love a list. A list promises forward movement, improvement, goals to achieve. So, when the Unit left for five weeks abroad at the end of June, I sat at my desk, gel pen in hand, and put to paper my BIG PLANS FOR JULY. I admit, the three entries don’t look horribly ambitious at first glance, but each line required me to push past some physical, mental, or emotional hurdle that I had been heretofore avoiding. 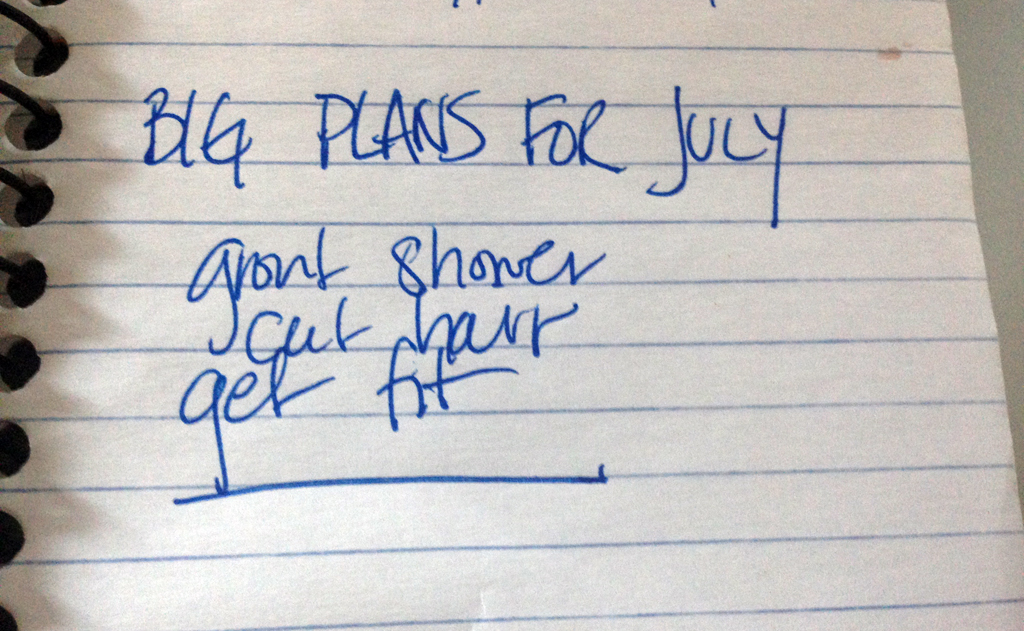 Before I hated Woody Allen, he said some funny things, including, “If you want to make God laugh, tell Him about your plans.” I guess God had His share of chuckles during the month with me.

Grout shower. After watching a few You Tube videos on regrouting a shower, I knew the task was beyond me, so I called in an expert. It took the handyman six hours to complete a job I had nudged the Unit two years to do. I’m sure there’s a lesson in there somewhere. 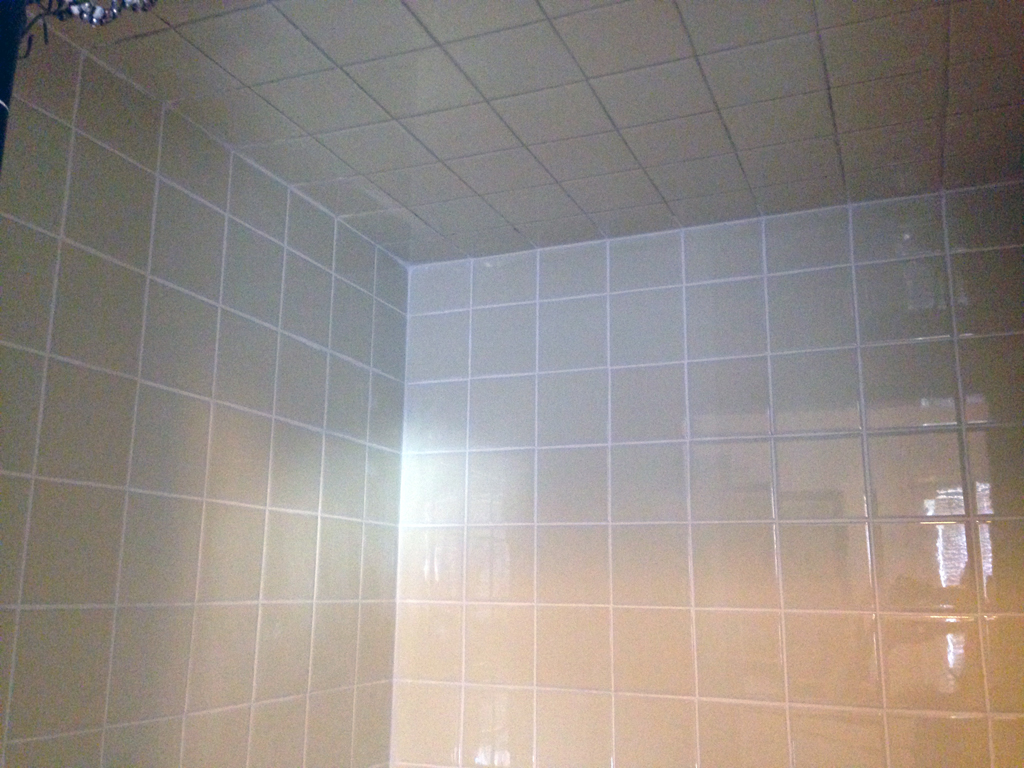 I love the smell of fresh grout in the morning.

Cut hair. My hair has taken a Hashimoto’s-induced beating over the past few years; the damage has resisted the work of my incredibly knowledgeable and caring stylist (Brian Richards in Franklin, MA) and every conditioner sold on Sephora or in the aisles of Whole Foods. Still, I hesitated to cut it because (a) the Unit hates short hair and (b) the last time I went short, in 1999, I ended up with a mullet reminiscent of John Stamos as Uncle Jesse on Full House (NB: I have only love for Stamos, but I cannot rock the mullet the way he could). I cried for two days after that haircut. 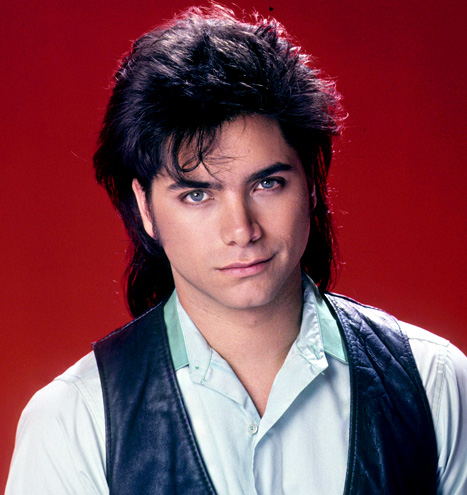 I just don’t have the smoldering Greek good looks to pull this off.

The week before my scheduled salon visit, things started to go south with the cat and I was an emotional, sleep-deprived wreck. Not, if you believe all the lady magazines, the perfect headspace for making a major hair decision. Still, I needed a change-your-hair-change-your-life moment, so I told Brian to chop it off. After the first snip, I felt ten years younger and ten pounds lighter. I can’t believe I waited so long to get rid of that dead, damaged mane. Yes: another lesson (or perhaps the same one).

Get fit. My desire to “get fit” in truth was my desire to run a fast half-marathon on the island of Islay at the end of July. I’ve been looking forward to this race for a year, since I ran San Francisco with Steve and he told me about this tiny half on the island that produces my favorite whiskies. I planned to fly to Glasgow, take the prop plane to Islay, run, and then spend a few days exploring distilleries before heading to Edinburgh for a day to visit Steve, and then to London for a week to visit butchery and cheese shops. I ended up cancelling the trip; the Unit wouldn’t be back from Greece for several days after I was scheduled to leave, and there was no way I could, in good conscience, leave two sick/recovering kitties alone, even with our beloved pet sitter checking in every day. Chet would likely still have a feeding tube (although never, thank God, necessary for food) and Whiskey is on daily allergy meds.

Even before I made the decision to cancel, I had let the running go. I was down to two runs a week, nothing even longer than six miles. I had, maybe, two track workouts the entire month, and I was abysmally slow. Getting up every hour or two overnight to check on cats (Is everyone still alive? Is he breathing fast? Slow? Has Whiskey scratched her nose off again?) left me with little energy and even less willpower to hit the road at 6:00 AM. (I’m sure right now every parent in the world is rolling their eyes so far back in their heads that they can see their own amygdalae, and saying, “Tell me about it, cupcake.”)

My fitness saving grace during this time was teaching (and taking) GRIT sessions. This alchemical 30-minute workout brought me to exhaustion and failure every time and helped prevent me from completely losing my mind (and my muscle) over the month.

Two out of three. What did Meatloaf say about that? It ain’t bad. It also ain’t great, but I’ve got no choice at this point but to be okay with it. I may not have completed a respectable half-marathon (and followed it up with a scandalous amount of whisky drinking), but I’ve got a nice shower and two cats well on their way to recovery.

I’ve also got loads of folks to thank, who lent support over this crazy month: my friends at Fore Court (especially Melissa, who managed to get my classes covered at the last minute on way too many occasions when a cat needed to be rushed to the hospital; and Laura, who ran a freaking Ironman and was always a source of inspiration); my running partner, Sally, who even though she was not running in July due to fasting for Ramadan, continued to check in on me and the cats over the month; my brothers, whose social activities with me during their visits to Providence this month were sharply curtailed, yet they were still cool about everything; my dad, his desire to help is so humbling; my colleagues, who gave me oodles of occupational flexibility; and especially Jenni Huelsman and Monika Wright, who offered so much professional veterinary wisdom, loads of their own time, and words of comfort on every occasion. They also gifted Chet with a very dashing red bow tie. 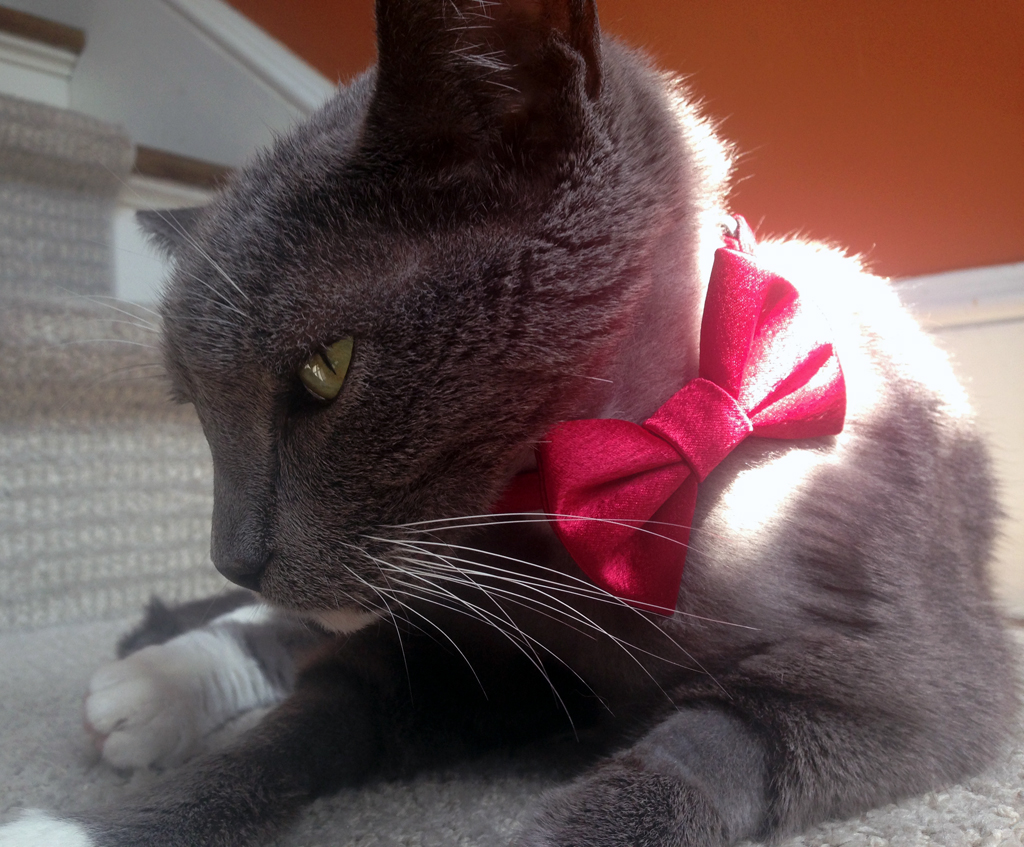 August is here, and I don’t have a new list. Maybe that’s a good thing. September is a much better list-making month, anyway.

I’ll sign off with one of my favorite songs of all time. The opening lyric says it all: “I’ve been talking to the wall and it’s been answering me.”

This entry was posted in Drivel and tagged Elvis Costello, GRIT, lists. Bookmark the permalink.